Hi guys! We have Mia Kerick stopping by today with the cover for her upcoming re-release Love Spell, we have a brilliant $5 Amazon GC giveaway so check out the post and enter the giveaway!  ❤ ~Pixie~ 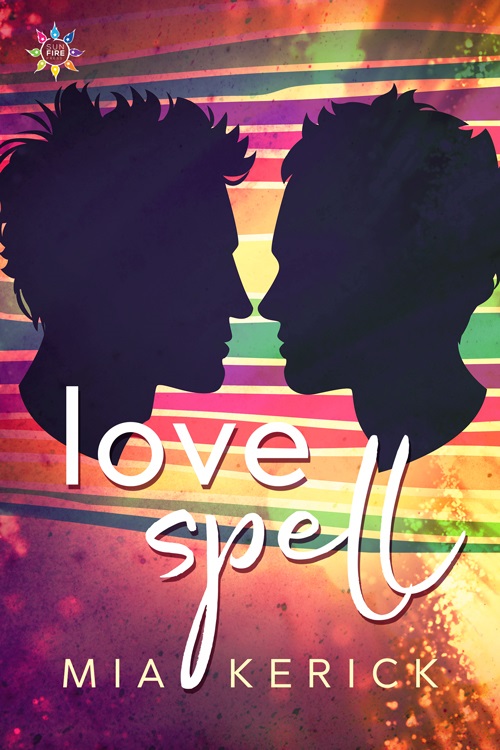 Having come to terms with being gay, Chance César is still uneasy with his gender identity, or, as he phrases it, “being stuck in the gray area between girl and boy.” This concern, however, doesn’t stop him from strutting his fabulous stuff on the catwalk in black patent leather pumps and a snug-in-all-the-right (wrong)-places orange tuxedo as the winner of this year’s Miss (ter) Harvest Moon Festival at the local Beans and Greens Farm’s annual fall celebration, serenaded by the enthusiastic catcalls of his BFF, Emily Benson. Although he refuses to visually fade into the background of his rural New Hampshire town, Chance is socially invisible—except when being tormented or beat up by familiar bullies. But when Chance, the Harvest Moon Festival’s mockingly-elected Pumpkin Pageant Queen, meets Jasper Donahue (Jazz), the legitimate winner of the Pumpkin Carving King contest, sparks fly. Chance wants to be noticed and admired and romantically embraced by Jazz, in all of his neon orange-haired glory.

And so at a sleepover, Chance and Emily conduct intense research on their laptop computers, and come up with an article in an online women’s magazine called “Ten Scientifically Proven Ways to Make a Man Fall in Love with You.” Along with a bonus love spell thrown in for good measure, it becomes the basis of their strategy to capture Jazz’s heart.

Quirky, comical, definitely “sickening” (this is a good thing), and with an inner core of poignancy, Love Spell celebrates the diversity of a gender-fluid teen.