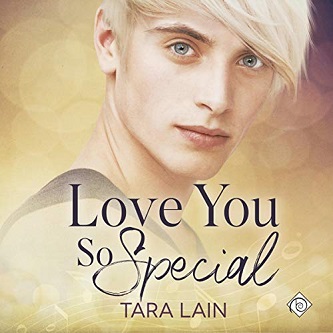 Title: Love You So Special

Blurb: Can a man’s secret yearnings be revealed in a tank full of fish?

Artie Haynes knows he’s nothing special, with just-your-regular-brown hair, a solid plumber’s job, not much education, and a family that can barely get off the couch. But Artie has quirks – like his love of tropical fish, a landlord who’s a professor of existentialism, a passion for the amazing piano music he hears at a concert hall while he’s fixing the bathrooms – and the fact that he’s never come out as gay and probably never will. But when he’s hired to build a guesthouse for the pianist whose music enchanted him, Artie is swept up into an unimaginable world.

François Desmarais may be famous, rich, and revered as one of the world’s great classical com-posers and pianists, but he’s soothed and challenged by the inquisitive, stalwart, protective man in his back yard. When François’ terrible fear of crowds turns into a dangerous plot, Artie can stay in the closet or prove just how special he is.

Review: Love You So Special is the third book in Tara Lain’s Love You So series. Each book is about a different couple and while the previous characters pop up briefly or mentioned in passing these are standalone stories, completely independent from each other. The one thing that is common between the books in this series is that one main character has either a health condition (epilepsy in book 2) or mental health issues (self esteem issues in book 1 and anxiety in book 3). I haven’t read (or heard) a lot of Tara Lain books but I have loved this series, I’ve loved how the stories have flowed, the sweetness and the love needed to help the MCs heal.

Ry Forest has done an exceptional job narrating this series too. I’ve never heard him perform before I listened to these audios. His softly spoken voice is perfect for capturing the tone and emotion of the MCs as they grow and learn about love, ultimately accepting love in their lives.

In this final instalment we meet Artie Haynes, who is a plumber. He comes from a blue-collar family, using to not having enough money and used to being told that he is nothing special. However, it is clear from the start that Artie is very special and he is as smart as a whip, his biggest problem is that his talents were never nurtured at school. Working at a theatre which is undergoing major repairs, he is drawn by the music of the performers, especially a piano player who disappeared as fast as they appeared.

Artie’s job takes him to the home of the Desmarais family, a mother with her grown son. Francois has crippling anxiety, which is probably made worse by the fact that he is one of the most sought after classical concert pianists. His mother is his manager, organising tours and appearances. Unfortunately, Francois does like the continual performances and his mother is bull-headed when it comes to her son’s career. A chance meeting with the plumber who is fixing up the guest house on his mother’s property where Francois intends to live leads both men on a journey of discovery – about themselves and each other. Things take a dangerous turn when it seems that Francois is in danger from a stalkerish fan.

This is a fast paced romance that manages to stay sweet between all the danger. There is a touch of angst as Francois faces his anxieties and gets the courage to be himself and discover love for the first time.