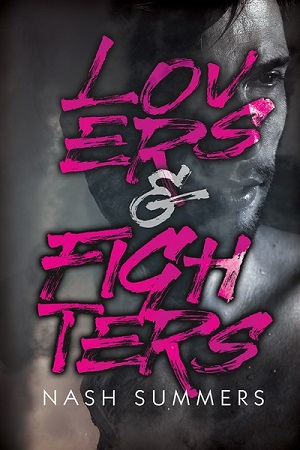 Blurb: Scott Halleck and Julian Reeves are polar opposites in almost every way. Scott, a modern arts curator at a museum in Chicago, relishes the finer things in life. Julian is a strange photographer whose hair color changes as frequently as his mood. As far as Scott can see, Julian is an erratic know-it-all who lives his life one day to the next. To Julian, Scott is an uptight, too-coiffed perfectionist.

As the two men continue to run into each other, their dislike grows, but beneath that animosity, a fire is beginning to spark. Scott is baffled when he realizes he is falling for Julian, a man who burns hotter than a wildfire. Scott will have to decide, for the first time in his life, if he’ll let the flames take over.

Review: This was a difficult one for me to review. This is a fantastically put together book and the artist within the two main characters comes out clearly in the writing, to the point of poetry. However, and this is a big however, I just wasn’t feeling it. Let me explain:

Firstly, this story about art curator Scott Halleck, told from his POV. He’s got a pretty ordinary life with an attentive boyfriend that he realises his feelings aren’t so strong (yes, it’s completely okay to feel sorry for both Scott and Ryan, I understand and appreciate both perspectives). Then at a bar he meets Mark, who is basically an arsehole, but what the hey… then he meets Aaron, which is just Mark’s alias and again the guy is an arsehole… and then finally he meets Mark/Aaron as Julian, estranged brother to his best friend’s girlfriend. There is an instant connection between the guys, but Scott has Ryan and Julian is just continually being combative/ destructive to anyone who wants to make nice with him.

Now, this is where I wasn’t feeling it. I felt the sexual tension and the attraction between the MCs. I felt the conflict within the characters, too. I get that this is meant to be an unhealthy type of romance with no real HEA other than what we do get. But for some reason it just didn’t completely gel for me. Too much was left unresolved while Scott and Julian miraculously held hands and wandered off into the sunset with their HFN, they spent too many angst-ridden pages running from each other.

Of course, it might just be that I am only one of a handful that feels this way. As I said before, the writing is almost poetic and yet the talk of hollowness, destruction, etc. makes me think that Scott is borderline obsessive over Julian. While Julian has his own demons to face (which I don’t think was fully addressed by the end and could have had more), Scott also talks of his state of mind that screams to me like unaddressed depression. Neither of those sits well with me. I don’t mind dark romances, the kind of head-fucks that speak of destructive relationships, but at the same time I don’t like stories that don’t fully do justice (or acknowledge) any physical/substance abuse and other mental problems.

Yet, in all that, this is a well thought out and thought provoking book, thought provoking in the fact that I was ready to yell at my screen on public transport while reading. The writing is as artistic as the characters, though you could never really, on face value, call Scott a haunted artist. This is a dark romance where both character are fighting themselves and each other.