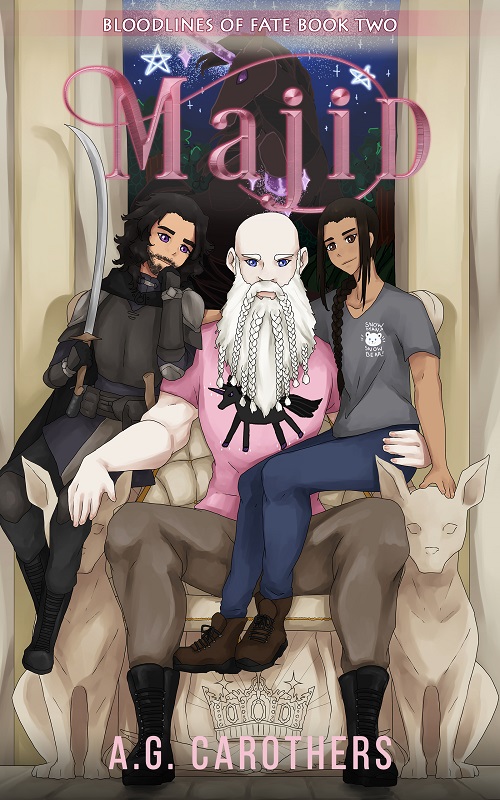 “Tell me of your homeworld…”

“Nope. And that’s the last time you watch that movie before bed, baby boy.” Talos cut off Kikoi who pouted.

“Fine. Then tell me about when Uncle Majid finally stopped being so grumpy and murdery all the time.” Kikoi batted his thick eyelashes.

“Okay, I can tell you all about that. Well, I don’t think he’ll ever stop being murdery as you put it.” Talos settled into his customary story telling position.

Kikoi draped himself across Talos as he closed his eyes.

“Little did Majid and Odin know that Fate sent a tough, smart, wasn’t going to take lip from them polar bear to cross their path when they needed it most…”

Majid’s best friend, Talos, has found his mate and finally recognized his lover of the past several hundred years as his other mate. The mate Majid had spent the last eleven hundred years trying to forgive was back in his life.

Will Majid rescue one mate only to lose the other? Or will the fierce polar bear, Siku, give him a chance to redeem himself?

Will Odin forgive himself for the actions that tore Majid from his life? And will the not so little bear find him to be a worthy mate? Or is he doomed to die on a quest for redemption?

Will Siku find his place not only within the relationship his mates clearly already have but also the entirely different world that is city life? Or is he just fooling himself that he can get over the wall between him and his mates?

Bloodlines of Fate is an urban fantasy series set in a world destroyed by humans and resurrected by supernatural beings. This book contains depictions of omega polar bears who will eat you in self-defense, sturdy hairbrushes that break naughty butts, timeouts for coloring and painting toes, and a family reunion for the history books.

Majid is part two of a two-part story arch that tells the love story of two triads (MMM). It is necessary to read Talos to fully enjoy this book that does end in a HEA despite bickering chefs who try to burn the estate down.

This is a type of omegaverse with mpreg. 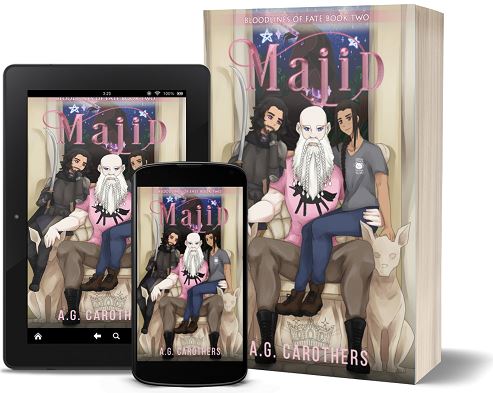