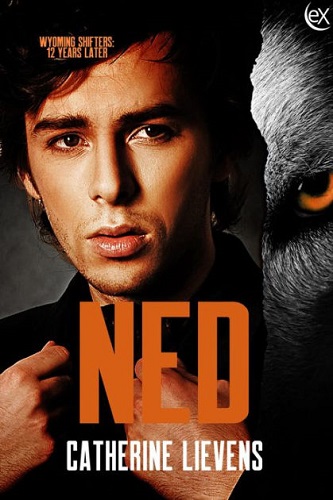 Blurb: Sometimes the best thing in your life is the result of the worst thing that happened to you.

Ned is fleeing New York—and Paris, one of his one-night stands who can’t take no for an answer. He goes back home to Gillham, hoping Paris won’t find him, but not really believing it. The last thing he expected was to meet his mate. He’s only twenty-two, and he has a stalker. What is he going to do with a mate?

Luke didn’t think he had a mate until he met Ned. He was created in a petri dish and raised as a killer until the pack rescued him when he was seven, and he is neither human nor shifter. To add to his weirdness, he’s a virgin, and he’s not interested in sex.

Ned keeps Luke at arm’s length, especially after Paris manages to find him and threatens his best friend, Amy. It gets harder and harder to stay away from Luke, though, and Ned is torn between the need to be with his mate and the need to keep Luke safe.

Will Ned be able to find a compromise? Will Paris be stopped in time, or will he manage to separate Ned and Luke before they even get a chance to be together?

Review: Each book in Wyoming Shifters: 12 Years Later collection features a different romantic couple. To enjoy the overall story arc and crossover characters, I would recommend reading the series in sequential order. This series is the children from Whitedell Pride, Gillham Pack and Council Enforcers, so I would suggest reading those first.

Luke is one of those kids that was created in a lab and turned into a killer. Having been rescued as a child and raised in the pack. He is now working as a deputy for the police department in Gillham. He doesn’t really have an interest in sex and he is a bit stiff. What he had not expected to find was his mate. A mate that acted like he didn’t want him.

Ned was running away from college. He has someone after him and needs his family. To find his mate should bring him happiness, but he is human. He is also only a young man and doesn’t want to settle down, but mostly it is to protect his family. He should know that Luke can take care of himself.

Most of the time they have their serious tones but there is quite a bit of humor mixed in with them that make them even more fascinating for me. Each story will have danger, excitement, adventure and some hot fun sexy times.

I love how Catherine puts together a book that will draw you in and keep you captivated all the way to the end. Catherine has become one of my favorite authors, and I am glad to see that it will never change. This is one book I would recommend.