Hi guys, we have Jay Northcote popping in today with his new re-release Nothing Special, we have a short excerpt so check out the post and enjoy! ❤ ~Pixie~ 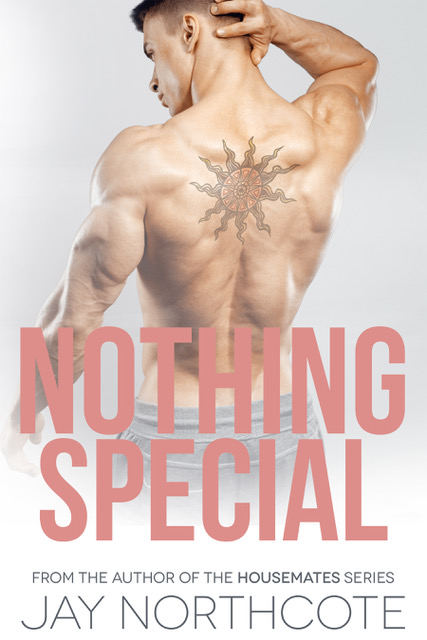 Noah thinks he’s nothing special. Average height, a bit on the skinny side, and cute but rather geeky, he’s relentlessly ordinary. He certainly doesn’t expect to be noticed by Sol, the gorgeous dark-haired stranger Noah usually sees on his commute home.

When a friend persuades Noah to take a big risk in a bid to get Sol’s attention, things turn out better than Noah dared to hope. But Noah doesn’t believe he’s interesting or sexy enough to hold Sol’s attention. Sol and Noah sat on the grass, cross-legged with their knees touching. They were quiet for a moment as they ate their ice creams.

“Mmhmm,” Sol hummed. “I never get bored of chocolate Cornettos.”

Noah watched Sol’s pink tongue as he caught the dribbles on the side of the cone where the ice cream was melting fast in the heat.

“You’ve got chocolate on your chin.” Noah touched his own chin, trying to show Sol where.

“Here?” Sol rubbed the wrong side.

“No, I’ll get it.” Noah used the pad of his thumb to catch the smear of melted ice cream and brought it to his own lips. He met Sol’s gaze as he did it, and the intensity there made Noah’s stomach swoop. If they’d been alone, Noah would have kissed him, but he wasn’t sure how Sol felt about that level of PDA—especially in front of his sister. So he turned his attention back to his ice cream instead.