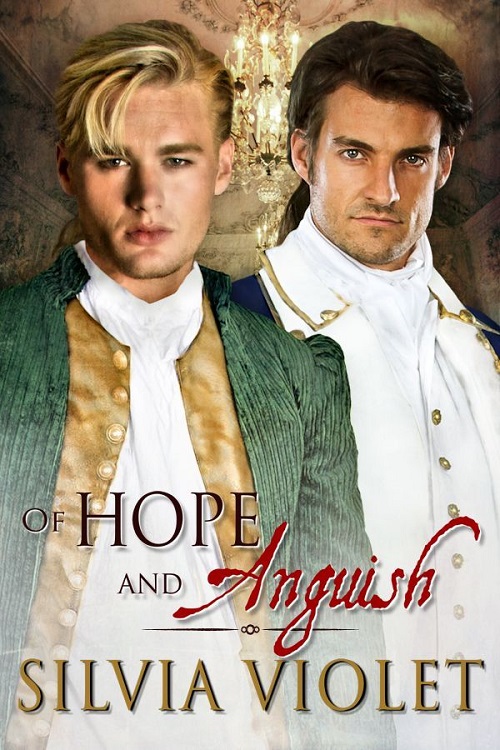 The carriage took off with a jolt, nearly tumbling Eli from the cushioned seat. “Dear God, has your driver taken leave of his wits?”

He could barely see her nod in the moonlight that filtered through the window. “Lester has taken a chill, and I needed someone I could trust, someone who will bring back all the gossip he can gather.”

“You don’t mean to say Tom knows of our anonymous activities?”

She waved away his incredulity. “You know I only hire servants I can trust.”

“He can’t be more than fourteen, and he—”

“Hates the British army’s treatment of New York and her citizens as much as we do.”

Eli thunked against the side of the carriage as they flew around a corner. “Perhaps your trust in him as an informant is well-founded, but will he deliver us to the ball in one piece?”

Constance grimaced as she slid across the seat. “I fear I’m no longer sure.”

Eli let out a breath as they reached a straight stretch of road and the excitement of the ride diminished. “Do we have a particular objective this evening?”

“I’d like you to give your opinion of a few of the officers who have recently returned to the city, most particularly a Captain John Andre. My sources indicate he’s intelligent, ambitious, and in charge of intelligence.”

Constance nodded. “I do. I’ve only recently become acquainted with him, but I was impressed by his wit and shrewdness. I don’t believe he will give up his secrets easily, not even if I used my best efforts at seduction.”

Eli studied her for a moment. “Is that still an option for you?”

Eli nodded. The previous spring, Constance had fallen in love with Major Randall Bradford, a British officer, but she’d been reluctant to talk about the nature of their arrangement, and Bradford had left the city with Howe’s army on the campaign to take Philadelphia.

“Everything is an option for me, Eli.”

He could no longer say the same for himself. “I will do whatever must be done to end this war except betray Jack’s confidence.” It had been three months since he’d seen the man he loved. And even their correspondence had been sparse. He dreamed of Jack often, but waking alone, grasping after dream images, only made him miss Jack more.

Constance laid a hand over Eli’s. “I would not ask that of you. We have to give up many of our principles to do this work, but if we cannot hold to some, we are no better than the monsters we abhor.”

Her words brought to Eli’s mind the monster who’d jailed and tortured him, intending him to betray Constance, Jack, and their army contacts. He’d refused, and it had almost cost him his life. He still bore scars from the experience, and several fingers on his left hand would always be crooked, but he would suffer all of it again to keep those he cared for safe.

Constance seemed to sense his need for a change of subject. “You and Andre have many things in common: a love of reading, music, art, beautiful women.”

Eli laughed. “He does sound like a man whose company I would enjoy.”

“He entertains regularly, and as his friend, you would be able to attend events a respectable woman would never be invited to, events with other officers, where talk of war would be freer.”

Eli understood her well. If he could become part of Andre’s circle, he would likely hear gossip that would tell him a great deal of what the British were planning. And if they became particular friends, Eli would be able to ask questions a mere acquaintance could not. “I will do all I can to make a favorable impression on the captain.”

“Thank you, Eli. I hesitated to ask you tonight.”

“Because Jack would rather I were no longer involved in this business?”

Constance smiled. “No.” Eli started to protest, but she held up a hand. “He did ask, but I know you too well to think you will stop unless you want to. It’s more that you’ve been…distant.”

He had not borne Jack’s absence or his own slow recovery well. “I only apologize for not having been as supportive as I should have these past months.”

Constance sighed. “We neither of us have been ourselves.”

He squeezed her hand. “We’re both grieving the absence of those we love.”

“Which will not bring them back.” She squeezed his hand back and sat up straighter. “We should focus on what we can do to assist our cause and end this war.”

“Is there still hope it will end in our favor?” Terrible news of the state of Washington’s army had added to Eli’s malaise. Men were deserting in large numbers. Those who remained were cold and hungry, and disease was rampant in the camp. Currently only 99c/99p *at time of posting

Silvia Violet writes fun, sexy stories that will leave you smiling and satisfied. She has a thing for characters who are in need of comfort and enjoys helping them surrender to love even when they doubt it exists. Silvia’s stories include sizzling contemporaries, paranormals, and historicals. When she needs a break from listening to the voices in her head, she spends time baking, taking long walks, curling up with her favorite books, and spending time with her family. One thought on “Of Hope and Anguish by Silvia Violet Blog Tour Excerpt & Giveaway!”