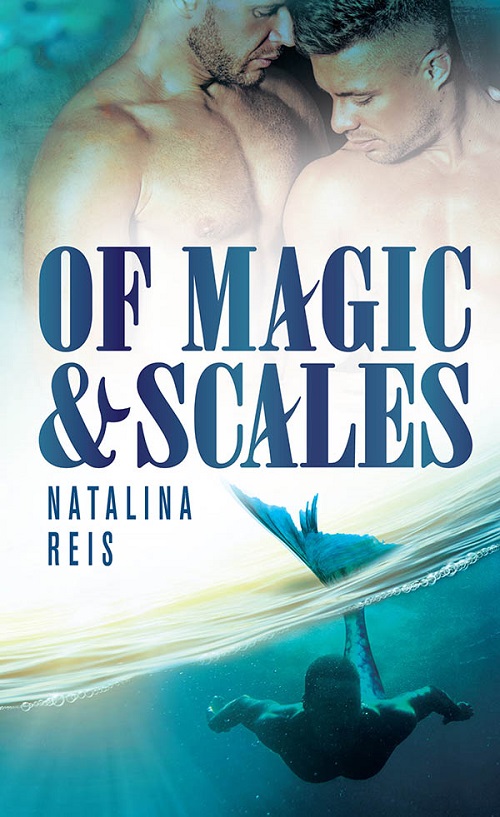 Of Magic & Scales is set in my home country, Portugal. Even though my main characters travel a bit, they mostly stay in Carcavelos, a suburb of Lisbon where I lived before I moved to the US. I based a lot of the setting and cultural parts of the story on personal experiences and feelings towards some of those places. Here’s a list of a few places you’ll find in my book:

Junqueiro– This is a seaside neighborhood that, like most along the coast of Lisbon, offers a myriad of restaurant choices. It’s a very busy place at any time of the year but during the summer is basically flooded with not only the locals but also with droves of beach-going tourists. You want a delicious bite to eat before or after soaking up the sun at the beach, this is the right place to find it.

Beach Bars/Coffee Shops- Along the beaches of the coast of Lisbon there is very little chance you will go hungry or thirsty since the boardwalk is peppered with bars, restaurants, and coffee shops. These places are open all day into the night and they are the perfect place for a cool evening by the ocean.

Quinta da Regaleira- If you ever visit Portugal, don’t miss a visit to this place. When you’re there you will—if you didn’t already—believe in magic. The first time I visited a few years ago I knew I would one day write a story set there. My descriptions of the Quinta are exactly what the place looks and feels like.

Piriquita– This place is mentioned a few times through the book even though the main characters never actually go there. However, if you ever visit Sintra don’t skip it. This is a coffee shop/patisserie that is famous for their travesseiros (it literally means pillows), made of puff pastry filled with an almond and egg custard. It’s to die for.

And of course, you should never miss the very Portuguese tradition of stopping for a while at a coffee shop to drink an espresso, eat a pastry (definitely try a pastel de nata), and kick back with a friend or two. The Portuguese have been doing it for centuries and I don’t see it ending any time soon. I’m not sure what I am, but I certainly know what I am not. I know I’m not a witch because—well, I’m male. I’m definitely not an elf, since I have no sudden urges to hop onto somebody’s shelf around Christmas. Vampire I am not. My perfectly straight teeth have never once turned into fangs, neither have I ever had a sudden, strange craving for human blood. I’m not a werewolf either. I do have hair on my body but nothing that would qualify me as a wolfman. Besides, I am still pretty much myself during full moons.

But I am not a regular either, because unlike most normal humans, I can see magic beings. By “seeing,” I mean I recognize them as such. Anyone can see them, unless the magicals choose for them not to. I, on the other hand, can always recognize them, unless they purposely hide themselves behind a special magic charm.

I don’t remember not having the ability, so I’m guessing I was born like this. Whatever this is. Good thing that I’m used to it, because seeing magical beings for what they are can be a pretty traumatizing experience, as it was the time I freaked out during a trip to Greece, when I had a close encounter with a minotaur. Nice chap as it turns out but not a pretty sight.

I’ve lived a pretty normal, average life running Bicas R Us, a coffee shop in a small coastal town in sunny Portugal, for the past year or so. After an incident in Northern Virginia that put me on the pages of the local news—don’t ask; it involved a pretty handsome elf and his irate troll boyfriend—I thought it would be better to start again somewhere new. I had visited the tiny nation some years before and fallen in love with its never-ending beaches and kicked-back lifestyle, so I packed my bags, contacted a real estate agent and the immigration office, and got myself a brand-new life.

I had played with the idea of buying a coffee shop on the beach, but I figured it would be a mother to keep the place—and the coffee—free of sand. So, I bought a store nearby in the town square, a short walk from the beach. Portugal is littered with three things: tourists, ancient churches, and coffee shops. Nobody would notice me, the brown haired, blue-eyed American who came to explore the locals’ passion for the hot brew.

The other perk of living here was that magical creatures were not spotted as often. Vampires were virtually nonexistent because of the year-round sunny weather, trolls and ogres were limited to the mountains in the north and, unless you visited the nearby mountain of Sintra that crawled with magical activity, the only thread of magic on the coast was the sporadic water sprite and the beachcombing witches who sold their wares in local shops. All in all, a pretty placid place for someone like me to live in.

I enjoyed today’s cool breeze blowing from the ocean, sitting on a chair in my small esplanade under a red umbrella with a glass of cold beer in my hand. Yes, in this sunny paradise I was allowed to sell and buy alcohol in my coffee shop. Behind my light pinewood counter, the wall shelves were covered in bottles that held more than coffee flavorings. What a great nation this was.

While Cristina, my only employee, was busy serving the few customers who loitered inside the café, I could enjoy the local fauna as they hurried from shop to shop or headed out to the beach. Summer hadn’t quite arrived yet, but the sun had warmed the air enough for the locals to shed their wintry clothes and don more relaxed apparel. From behind my shades, I followed the trek of three young men, all shirtless and in swimming trunks. Hot. Not the weather, the guys—tanned, lean and muscular, shorts low enough on their hips to reveal that sexy vee—

“Olha para ti, a salivar como um cão por um bife.” Cristina had sneaked up from behind and interrupted my yummy thoughts.

“Speak English, woman,” I told her, sliding my glasses down my nose to look at her over the rim. “You’d think you’re Portuguese, or something.”

She slapped me mercilessly across the back of my head and plopped herself on the chair next to mine. “Idiota.” Without so much as a may I, my small Portuguese friend and employee grabbed the glass from my hand and took a long swig of my beer. “Are you going to sit here all afternoon watching the hot guys walking by?”

“And what’s wrong with that?” Cristina spoke flawless English but enjoyed confusing me with spurts of Portuguese once in a while. She pulled up another chair and placed her feet on the seat, her legs crossed at the knees. “What exactly did you call me just now?”

“A dog salivating over a steak.” She took another swig before I could retrieve my beer. “Don’t you have more important things to do with your life, Aiden?”

I wiped her foam mustache with a finger. “Not really. Why do you think I moved here from Virginia?” She blinked her eyes at me, pretending not to know what I was talking about. “Easy living, sunshine, and hot, half-naked guys.”

Cristina laughed, her face turned to the sun. She had skin the same color as the cork in a wine bottle, a honeyed brown made darker since the early spring weather replaced the cool air of winter. “You’re something, Aiden. You have no other dream or ambition? Just basking in the sun and ogling sexy men?”

Not quite correct but part of the truth. “Are you jealous?”

The skin crinkled around her green eyes as she turned her gaze to me. “Only if you flirt with guys I have my eyes on.” She spotted a couple of newly arrived customers and hopped to her feet. “Customers. Unlike you, I have some interest in making a buck here and there. I enjoy having a roof over my head.”

As she walked away, I yelled, “No need. You can always sleep on the beach.” One thought on “Of Magic and Scales by Natalina Reis Blog Tour, Guest Post, Excerpt & Giveaway!”