Hi guys! We have Megan Reddaway popping in today with her new release Out, Proud, and Prejudiced, we have a fantastic giveaway so check out the posts and enter the giveaway! ❤ ~Pixie~ 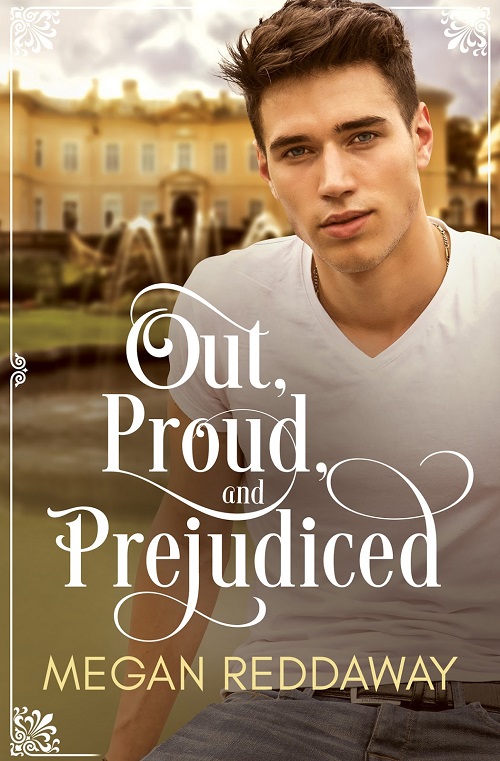 Out, Proud, and Prejudiced

One’s proud, one’s prejudiced, and they can’t stand each other.

Quick-tempered Bennet Rourke dislikes Darius Lanniker on sight. Darius may be a hotshot city lawyer, but that doesn’t give him the right to sneer at Bennet, his friends, and their college. It doesn’t help that Bennet’s restaurant job has him waiting at Darius’s table. So when his tutor recommends him for an internship at Darius’s Pemberley estate, Bennet isn’t sure he wants it. He’s also not sure he can afford to turn it down.

Darius is a fish out of water in the small college town of Meriton, but something keeps pulling him back there. He’s helping out a friend with business advice, nothing more. If he’s interested in Bennet, it’s not serious. Sure, Bennet challenges him in a way no other man has. But they have nothing in common. Right?

Wrong. Their best friends are falling in love, and Bennet and Darius can’t seem to escape each other. Soon they’re sharing climbing ropes and birthday cake, and there’s a spark between them that won’t be denied.

But betrayal is around the corner. Darius must swallow his pride and Bennet must drop his prejudices to see the rainbow shining through the storm clouds.

Note: contains mention of past abuse.

MEGAN REDDAWAY lives in England and has been entertained by fictional characters acting out their stories in her head for as long as she can remember. She began writing them down as soon as she could.

Since she grew up, she has worked as a secretary, driver, barperson, and article writer, among other things. Whatever she is doing, she always has a story bubbling away at the same time.