Hi peeps, we have Sam Burns and W.M. Fawkes stopping by today with their new release Patron of Mercy, we have a brilliant giveaway so check out the post and enter the giveaway! ❤️ ~Pixie~ 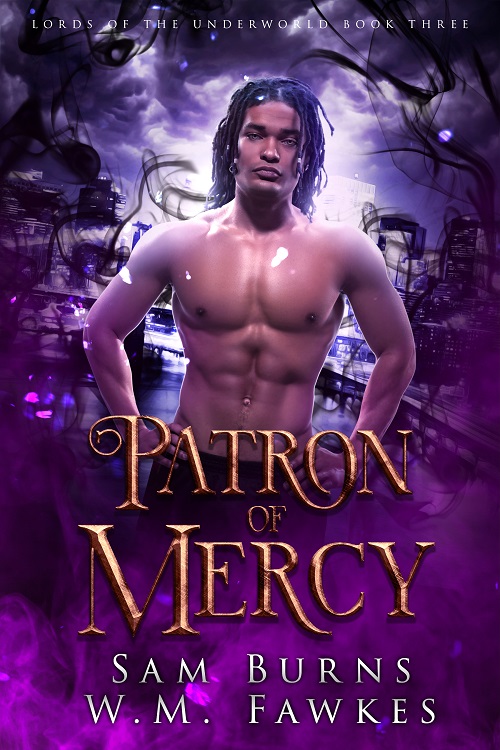 (Lords of the Underworld 03)
by

Lach has spent the last few thousand years counting only on himself. What he needed, he took. What he wanted, he won with charm. All except a god he turned his back on an age ago, when he had a different name and didn’t know what he was giving up.

Thanatos, god of merciful death, is one of the gentlest gods in the pantheon—easing the transition between life and death for billions of mortals. But he has faced eternity alone. After breaking his heart on the sharp words of a fisherman’s son, he hasn’t been able to connect with anyone.

Now, Lach is crashing back into Thanatos’s life, dragging him into an adventure that could save the world . . . or kill them both.

PATRON OF MERCY IS THE THIRD BOOK IN A SERIES, BUT CAN BE READ AS A STAND ALONE NOVEL. Win an Ebook of Patron Of Mercy!