Hi peeps, we have Sam Burns and W.M. Fawkes stopping by today with their new release Prince of Death, we have a brilliant giveaway so check out the post and enter the giveaway! ❤ ~Pixie~ 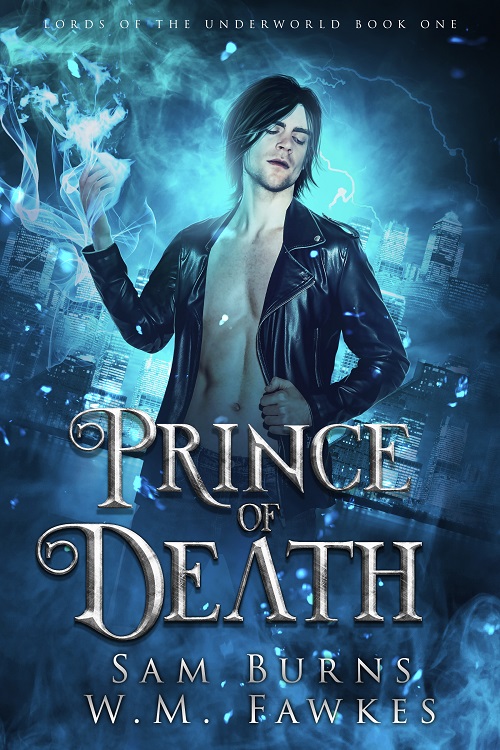 (Lords of the Underworld 01)
by

Gifted power over life and death, Lysandros has spent millennia in the underworld, listless and alone. The youngest child of Hades and Persephone, he’s been sheltered from the threats in the world above.

Theo Ward hasn’t been so lucky. After watching his mother wither away, he’d do almost anything to have her back. When a messenger appears at the Banneker College of Magic and offers the young professor a chance to save her, Theo can’t pass it up, even if it means going straight into the underworld and dragging her home. But Theo gets more than he bargained for when he crosses paths with the prince of Hades.

Set against the king of Olympus, they must shed their past burdens and learn to trust in each other, so they can face down a storm that threatens to wipe the nation’s capital off the map.