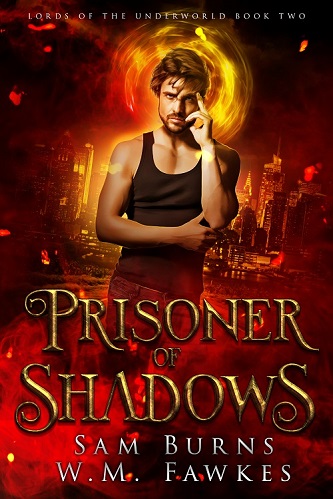 Series: Lords of the Underworld 02

Blurb: For more than five thousand years, Prometheus has been chained in the underworld. Every day, an eagle tears out his liver. Every night, he heals. When Hermes releases him in a gambit to save himself from his father’s wrath, Prometheus must adjust to a world that’s forgotten him. Hunted by the twins, Artemis and Apollo, he finds help in an unexpected place.

PRISONER OF SHADOWS IS THE SECOND BOOK IN A SERIES, BUT CAN BE READ AS A STAND ALONE NOVEL.

Review: I enjoyed the mix of mythology and vampires plus the way the vampires were connected to the deities. That was ingenious. It was interesting to see how Prometheus deals with and adjusts to a world he has not been in a very long time. When Julian and Prometheus meet after Julian saves him the two hit it off.

I loved that Julian wanted to protect Prometheus from any harm. I always find it fascinating to see how a character is going to react when h suddenly is put in situations he has never been in before. It was a joy to see Prometheus come into his own as he traverses this new world with Julian by his side.

I loved reading about the different deities as the story progressed. Cerebus was a delight and not the frightful beast that is portrayed in movies.I simply loved everything about this story.