Hi guys! We have Clare London popping in today with the tour for her new release Romancing The Undercover Millionaire, we have a great excerpt and a brilliant giveaway so check out the post and enter the giveaway! ❤ ~Pixie~ p.s. keep an eye out for our review coming soon! 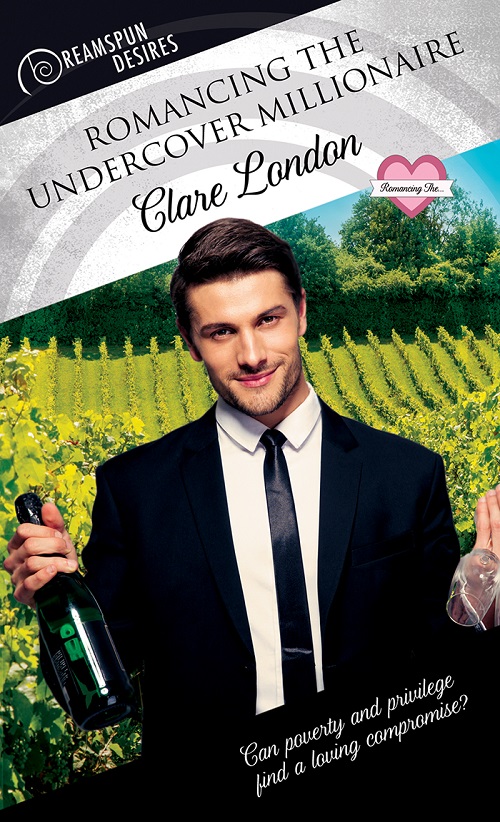 Can poverty and privilege find a loving compromise?

Alexandre Bonfils, a rich and spoiled second son, is tired of being ignored and decides to help when the family’s exclusive wine business is in trouble. Going undercover in the warehouse, he loves the adventure—and the chance to be close to the sassy and sexy manager, Tate Somerton.

Tate is hardworking and financially struggling, bringing up his siblings on his own. A suspected saboteur at work is his latest challenge, but now he also has a clueless, though very attractive, new intern. There’s an immediate spark between the ill-matched couple, until a shocking accident cuts short Alex’s amateur sleuthing.

“ALEXANDRE, GOOD morning.” Charles Bonfils, the patriarch of Bonfils Bibendum, the highly prestigious London wine merchants, a cousin of an English baronet, and a personal multimillionaire—if he ever had the poor manners to share actual financials with anyone other than his personal advisors—inclined his distinguished, salt-and-pepper-haired head at the young man sitting on the other side of his desk. “Good of you to turn up on time.”

Alex Bonfils inwardly winced. His father was one of the few people who could, without fail, make him feel four years old again. He resisted rubbing his palms dry on his designer slacks, but only just, and nodded in reply. “Papa, when you call, I come. Of course.”

Charles lifted one eyebrow; that was all.

“Father.” Alex took a deep breath and ran his hand through his blond hair, inevitably destroying the artful work of his personal stylist. “Okay, so I know I haven’t been your most reliable son—”

“I only have two,” Charles murmured. “And all I ask is that they are both full participants in the family business. Or any legitimate business, for that matter.” He sounded calm, but his fingers tightened dangerously around his antique ink pen.

“Yeah.” Alex assumed this summons was something to do with him missing the latest Bonfils management meeting. Or maybe it was because of those embarrassing paparazzi pictures taken in the nightclub last weekend with the twin male models. Or when he gate-crashed the Queen’s garden party last summer, or the fact that Alex had never bothered to finish his university business management course, preferring to go backpacking in Ibiza, or… or… oh, many more examples of how he continued to disappoint his august Papa.

“I think the time has come to face facts,” Charles said.

Charles grimaced, obviously struggling to keep his temper. “You have shown little enthusiasm in the business to date, whereas Henri….”

Alex bit back a snort. Henri. His revered, very sober and sensible elder brother, with a gorgeous aristocratic wife and two precocious children to carry on the Bonfils family line. Henri was their father’s chosen heir to the business dynasty. Henri was brighter, smarter, more reliable, more respectable, more predictable—

“Alexandre? Are you listening to me?”

Alex jolted back to attention. “Sure. Go on. You were talking about Henri. How does that affect me?” He hadn’t meant to sound snappy, but constant comparison to a preferred sibling would do that to a guy.

“He’s Bonfils’s CEO for a reason, Alex. He’s committed to the company, a fierce supporter of the industry. He listens, and he learns. Then he works hard.”

The implication was there—Henri was and did all the things Alex wasn’t and didn’t.

“I can work hard.” Alex wished he sounded less defensive. He could work hard. He was just so rarely inspired to. Or rather, he was distracted by things more exciting, more dramatic, more intriguing than profit and loss accounts, stock turnover ratios, and five-year operational budgets.

He hid his shudder at the mere thought.

Surprisingly, his father didn’t scorn his protest. Instead, his gaze almost softened. “Believe me, I know you can. And you do, for the things you love. You have many excellent qualities, and the good intention of using them. But I can’t rely on mere intention for the continuing, successful management of this company. It needs to be your life’s work.”

Alex blinked hard. What was Charles saying? “Jesus, Papa. Are you firing me?”

Charles blew out a tight breath. “I cannot fire you, as you so quaintly put it, when you have a unique position as my son. However, I see no reason to burden you with an operational role any longer.” His tone hardened. “Alexandre, I think you should find yourself a new, personally satisfying project. You will no longer be needed at the monthly management meetings. Your personal allowance will continue—it was your mother’s last wish that all members of the family are supported, regardless of their role in the business—but I think it best for both our expectations if you distance yourself for a while from Bonfils’s Bibendum.” He placed his pen down on the desk blotter with exaggerated care.

Alex was speechless. It was an unfamiliar status.

For a long moment, Charles was still. Then he stood and half lifted his hand from his side, as if he was about to shake Alex’s hand or maybe—just maybe—pat him on the shoulder. Instead, he sighed deeply and gestured gently toward the door for Alex to leave. “And now, if you’ll excuse me, I have an appointment elsewhere.” 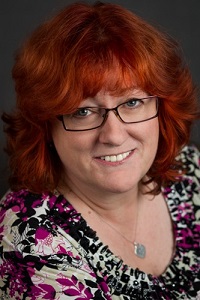 Clare London took her pen name from the city where she lives, loves, and writes. A lone, brave female in a frenetic, testosterone-fueled family home, she juggles her writing with her other day job as an accountant.

Clare currently has several novels sulking at that tricky chapter-three stage and plenty of other projects in mind… she just has to find out where she left them in that frenetic, testosterone-fueled family home.

Clare loves to hear from readers, and you can contact her on all her social media.