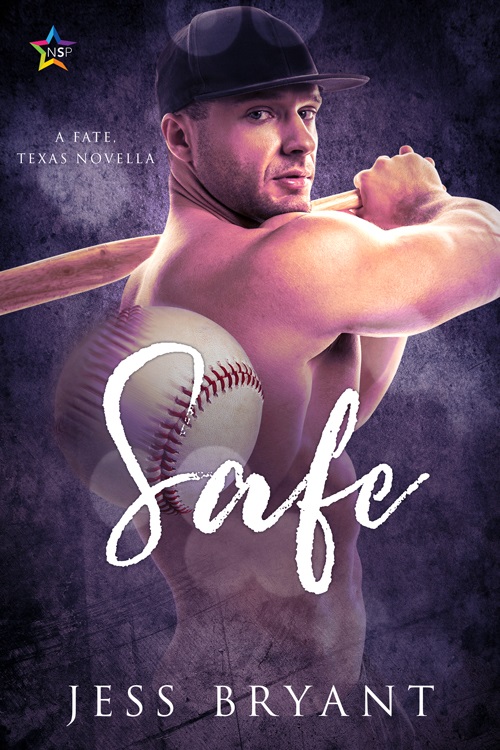 Rodrigo Cruz was wavering. He was fucking wavering. If he was honest with himself, he’d been wavering for a while. It wasn’t the first time he’d considered abandoning his self-imposed rules about not pursuing teammates. But tonight, in the dimly lit bar after a long day in the sun and a couple of drinks, he was wavering way too close to crossing the line he’d drawn in the sand before he’d ever even met Trevor Thorne.

How could he not?

The man was gorgeous. Hot as hell. A Greek god encased in all-American good looks. Full lips. Dimpled chin. Spiky golden-blond hair and those eyes. Fuck, those eyes. They were blue, only blue wasn’t the right word. It wasn’t descriptive enough. They were jewels, diamonds in the rough of his handsome face.

Trevor had a nickname in the league. The Ice King. He was cold. Unemotional. Detached on the field and off. And those eyes of his were glaciers, impossible to delve past the surface without feeling the chill.

Only, Cruz had seen past the icy veneer. Trevor had let him past it. After months of shared hotel rooms, tiny bus seats, and 24/7 forced proximity, Trevor had slowly begun to let him in. He’d started to lower the walls he kept so high around him, and Cruz was proud to call him a friend instead of just a teammate.

The Ice King had thawed for him. Cruz had seen those blue eyes twinkle with laughter. He’d seen them warm with amusement and pleasure. And more and more, he thought about what it would be like to see them full of heat, full of passion and fire.

Cruz stared across the crowded bar, caught himself drowning in those blue pools like they were the goddamn Bermuda Triangle and there wasn’t a life preserver in sight.

Cruz lowered his gaze when Trevor looked away, returning to his phone call. He squinted at the tumbler of liquid sitting in front of him on the table, trying to remember how many he’d had. Too many.

He was drunk. So. Damn. Drunk. He knew he was drunk which meant he was way past the point of no return. He shouldn’t have had that last drink. Or, rather, considering he was in the presence of the one man who made him want to throw his rulebook out the window, he really shouldn’t have been drinking at all.

Alcohol impaired judgment. It made him stupid. Made him do stupid things. Things that would undoubtedly get him in trouble. Things that would most likely lead to his pretty face being punched, repeatedly. Because when he was drunk he forgot he wasn’t supposed to stare at his teammate’s lips like he wanted them wrapped around his cock.

But Trevor had insisted on grabbing a drink when they got back to the hotel, and despite the little voice in the back of Cruz’s head that had said he should just go to bed, he was shit at denying Trevor anything. So he’d gone. He’d bought the first round and then Trevor had bought the second, and by the time the tequila hit him, Cruz had forgotten why drinking with the man who haunted his dreams and was his every walking fantasy was a bad idea.

It wasn’t as if he was just risking his rules when it came to Trevor. If it meant getting the gorgeous god of a man in his bed, Cruz would happily abandon his stance on steering clear of sexual relationships with teammates. He wanted Trevor, and he’d let himself have him if his friend had given him so much as a hint he was into the idea. But he hadn’t, and that meant continuing to fantasize about him, continuing to tread this line and risk their friendship.

Hitting on a friend, on a teammate, on a supposedly straight man who wasn’t interested in him that way wasn’t just against his rules; it was downright self-destructive.

He’d been down this road before. Thinking there was more in every glance, every touch, than there really was. It hadn’t turned out well. Not for him. He’d been young then, naïve, just learning what it meant to be bisexual. He was older and wiser now, and he knew better. He knew it was a dead end.

Even if he wasn’t completely convinced Trevor was as straight as he always claimed. The looks he shot Cruz across the bar were veiled and sexy. The way Trevor bumped their shoulders together and found little ways to touch him was intimate and flirtatious. Cruz honestly believed Trevor was gay or bi or at the very least questioning and curious. But until Trevor made a move, some sort of move, he couldn’t cross that line. He wouldn’t force Trevor to admit to things he’d clearly been hiding for a very long time. He couldn’t and wouldn’t touch Trevor the way he ached to touch him.

But in his alcohol-fueled brain, he couldn’t help but wonder what his best friend would do if he slid up behind him, pressed their bodies together, and whispered in his ear exactly what he wanted to do to him. The idea alone made his cock hard, which at his level of drunkenness was a tribute to how damn much he wanted Trevor. Hell, he never got hard anymore. Not for anyone but the man he couldn’t have.

Trevor slid back into the booth opposite him with a heavy sigh. Without a word, he picked up his drink and knocked it back. Cruz watched his throat work, watched his Adam’s apple bob as he swallowed, and had to swallow a groan of his own.

“Everything okay?” he managed when Trevor dropped the empty glass to the table.

“Fucking fantastic.” Trevor winced and then wiped a hand over his face, “Sorry. I’m in a shit mood, and talking to my happy, madly-in-love brother didn’t exactly help. Didn’t mean to take it out on you.”

Cruz shrugged, accustomed to the same excuse he’d been hearing for weeks now, the one he didn’t quite buy but always let slide. “What’d Trent want this time?”

“You mean other than to tell me my life choices are shit?”

Cruz raised an eyebrow, but Trevor waved him off before he could ask what he meant. Instead, he let it go, just like he always did, and he let Trevor wave the waitress over to bring them another round of drinks.