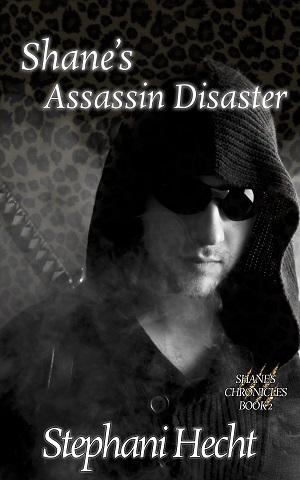 Blurb: When a new group of Assassins arrives at the Coalition, it’s up to Shane and his Assassins to test and train them. Even though the Coalition has a treaty with their normal enemies in place, there still is the problem of the pretty birds with rotted cores. After evaluating the new group, Shane isn’t sure what’s going to happen with them. To say their skills are a disaster is putting it mildly. Good thing Shane excels at disasters.

Review: This series is branched off from several other stories including Lost Shifters and Wayne County Wolves. I would start with book one in the Lost Shifters series.

Shane needs more assassins to help them fight the dino-birds but he doesn’t expect the ragtag group that came in. What idiot trained their assassin’s on just one weapon, a dead one that is for sure. Their enemy was beautiful but deadly. They needed all the help they could get, but damn these guys were in some desperate need of training.

I had almost given up on this series continuing. Shane is the top assassin with quite a bit of quirks and I have a blast reading them. This is one of those series that will be read more than once.