Hi guys! We have Jena Wade popping in today with the tour for her Shoes & Ties series, we have a couple of excerpts for you to enjoy and a fantastic giveaway so check out the post and enter the giveaway! ❤ ~Pixie~ p.s. keep an eye out for the reviews in the coming days! 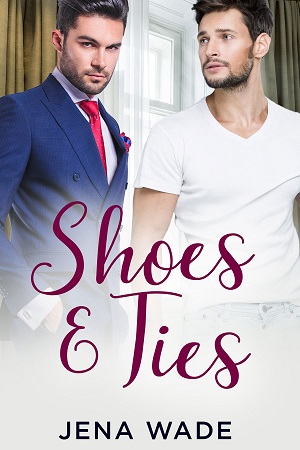 Ashten Brody is a chef fresh out of college. He lands his dream job working as a personal chef to Trent Cole, local luxury hotel owner. As it turns out, Trent is also his dream man.

After working together, the two are unable to deny their attraction. One late night they can’t hold back any longer. Too bad Ashten rushes off soon after.

In the weeks that follow, it appears to Ashten that he has landed his dream man and his dream job. He and Trent appear to be on the path to a serious relationship and life-long happiness. Life seems to be just too perfect… 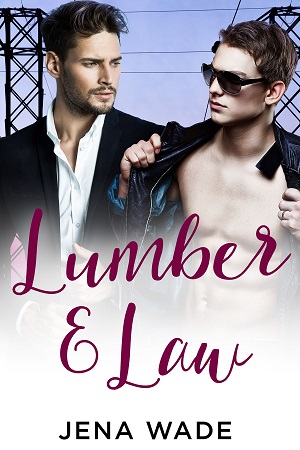 A few months after his brother’s accident, Jesse Brody can’t stop thinking about Troy Evans, the police office that helped solve the case. Even though Troy almost had to arrest him, Jesse is sure he has a shot at a date.

The two meet by chance and share a nice dinner at Jesse’s apartment, which ends with Jesse all over Troy’s lap. Though he isn’t out at work, Troy agrees to give a relationship with Jesse a chance. 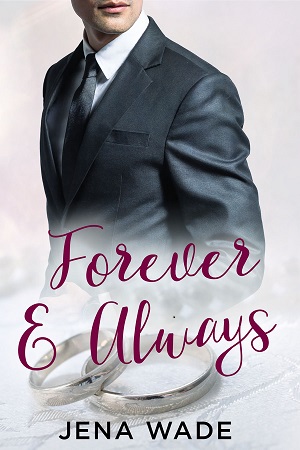 Now that they’re living in their Happily Ever After, Ashten, Trent, Troy, and Jesse are ready to take the next step.

But what happens when the twins choose the same wedding date? May the best couple win…

Ashten Brody smoothed his hands down the front of his suit one more time. He hadn’t expected Trent Cole’s security guards to frisk him at the door. The man ran a luxury hotel in North Carolina. It wasn’t like he was a celebrity. Though he had the appearance of one.

As flustered as he was now, Ashten was confident that he was the right person to be Trent’s new personal chef. He was not confident, however, that Mr. Cole would hire him. He’d only just finished his degree in culinary arts and hospitality management. He was young and green, but he wanted this job and would do anything to get it. Well, that was a slight exaggeration, but he would wear a bland, conservative suit complete with a tie and jacket if it helped him beat out the competition.

The elevator pinged, and he took a deep breath as he stepped out, still in awe that he had gotten an interview. The main office was located on the top floor of the ten-story hotel—convenient if Trent ever worked late and needed to crash at the office.

Finding the secretary easily, Ashten stood next to her desk and patiently waited for her to finish her phone call. The lobby area was comfortable, with decor that matched the rest of the hotel. Doors lined the walls, and a few windows revealed the insides of conference rooms and small offices. Ashten rested his hands on the mahogany horseshoe desk. It was large enough to fill his old apartment.

“May I help you?” Annette, as her nameplate said, asked as she hung up the phone.

“I have an interview scheduled with Mr. Cole. I’m a bit early. My name is Ashten Brody.” His voice sounded calmer than he felt. It was important to make a good impression on the secretary, though; they were the ones who ran the whole office.

The secretary raised her brow. She opened her mouth to speak, but the elevator at the opposite end of the room dinged, and Mr. Cole stepped onto the floor, a deep scowl etched on his handsome face. Ashten’s breath hitched in his throat. He bit his lip, pain stopping any reaction his cock might have had to the man capturing his attention. The pictures he’d found in his Internet search hadn’t done the man justice. Trent Cole oozed confidence. Ashten’s eyes followed him as he crossed the floor. A touch of afternoon stubble shaded his strong jaw, and his tailored suit outlined his broad shoulders perfectly. The open jacket revealed lean hips, which brought Ashten’s tongue out to wet his lips. Trent walked directly past the desk, not bothering to glance at Ashten or Annette. Everyone in the office moved faster and looked busier now that the boss was in the room.

“Annette, please send in the applicants as they arrive. The sooner I get these interviews over with, the sooner I can get back to real work. Thanks.” Without waiting for a reply, he stepped inside his office, leaving the door wide open.

Ashten’s face heated, and his heart pounded. He rolled his shoulders back to try to get ahold of himself.

Ashten flashed a broad smile. “Thank you, ma’am.” He turned and walked toward the open door.

Jesse settled onto his usual park bench. The warm sun beat down on his back through his T-shirt as he leaned forward, elbows resting on his knees. Runners and walkers passed him without a glance. The happy chatter of Frisbee games and families sitting on outspread picnic blankets filled the air.

Taking a deep breath, he touched the tablet in his hand, pulling up today’s news. He checked the time and tapped his foot against the concrete of the running path. His reason for being here today and every Sunday for the past six months had yet to show.

Any minute now Troy Evans would jog by, his golden retriever following closely behind him.

Jesse ran his fingers though his hair and glanced around the park. Annoyance prickled at his skin. Until his twin brother, Ashten, had been attacked three months ago, he hadn’t even known Troy’s name. It was just by chance that Detective Evans had been on duty when the police were called to investigate Ashten’s hit-and-run assault. In the week that followed, Jesse and Troy had spoken over the phone and occasionally met at the precinct to discuss the case. Since the woman responsible for hitting Ashten had been arrested, Jesse hadn’t spoken with Troy.

A knot formed in Jesse’s gut as he remembered why he never tried to contact the man again. When he’d found Trent, Ashten’s boyfriend, and Troy together, he’d assumed the worst. Jealousy and anger had spurred violence in him he didn’t know he had. Anger because it appeared as if Trent could replace Ashten so easily, and jealousy because he’d replaced him with the one man Jesse wanted.

Jesse had punched Trent square in the jaw.

Shame filled him at the memory. He’d read the situation completely wrong, and he’d looked like a fool because of it. Had Troy not threatened to arrest him, he might’ve messed up their little sting operation further, and Ashten’s assailant wouldn’t have been arrested that day.

It had only been a few months earlier that Jesse had seen Troy jog by at the park. He’d been mesmerized by the man’s movement. Troy had worn blue basketball shorts and a tank top that stretched nicely across his chiseled chest and abs. Jesse hadn’t hidden his admiration for the man very well. His neck craned until he had to stand in order to continue watching his magnificent form.

The man never noticed him.

Jena began writing in January of 2013 as a New Year’s Resolution–and so far she has stuck to it!

She lives in Michigan. By day she works as a web developer, and at night she writes. Born and raised on a farm, she spends most of her free time outdoors, playing in the garden, or riding her horses. She also helps run the family dairy farm. 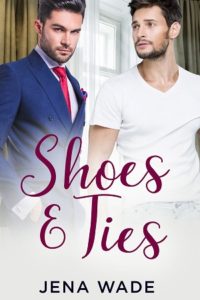 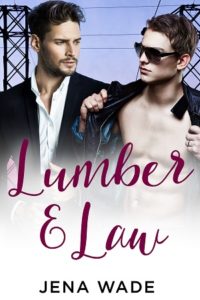 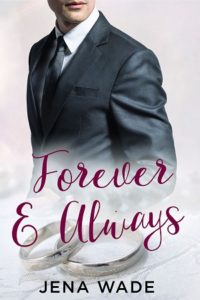