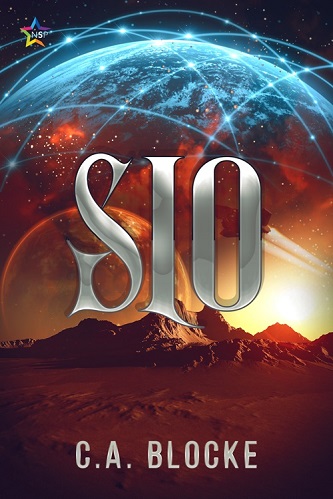 Blurb: Set in a near-future environment, mega-corporations have taken over the most habitable of planets, creating domed utopias for their devoted employees. Everyone else has been shunted off to a multitude of mostly habitable planets and moons where they scrape by as farmers and tradesfolk, miners and merchants, bounty hunters and scavengers.

James Marks and his crew of scav trash operate their ship, SIO, on a mission to obtain a mysterious piece of new tech. It changes everything and leaves him stranded somewhere he doesn’t recognize with a cute, if not a bit annoying, tech scientist. James doesn’t know, when he first meets Michael, but his life is about to change in a very surprising way.

Review: James and his crew are on a mission for a new piece of technology. James meets Michael wh0 works for Peach and has what he seeks. While obtaining the tech things do not go as planned and the two end up transported away from Peach.

It was a likeable story with a lot of characters, though we do not get an in depth feel for the rest of James’ crew. Michael, being free from Peach finally comes into his own self and learns who he is as a person.

I enjoyed the story and felt the two main characters were great together. James eye and leg are mechanical which I felt helped when he defended Michael from attacks. Overall the story was good but felt it would have better with a little more details about the crew.