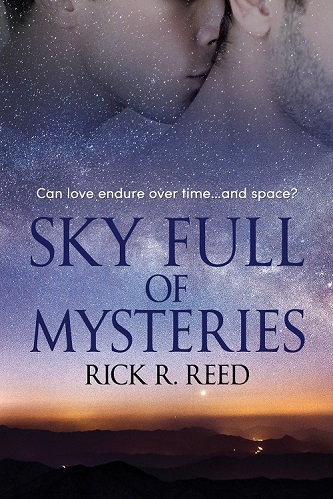 Blurb: What if your first love was abducted and presumed dead—but returned twenty years later?

Review: Cole and Rory were so in love and belonged together like no other. Then Rory disappeared one night after making love. Cole could hardly eat, hardly sleep and hated going to work. Then he accidentally runs into Tommy with his bike and things were changing for him. He just never forgot the man he loved.

Twenty years have past and his love has changed. He married Tommy and their lives were looking good. The problem was his past love was the one he always thought about. Then Rory showed back up.

Rory has been gone for twenty years but to him he was only gone for a night or two. He even still looked like he was in his twenties and his love for Cole was still strong as ever. He just had no clue what happened to him.

When I came across this book I actually figured the author was just going to turn it into a menage a trois story. That however was not the way he took it. I hate to admit that this book was twisted and not in the good way. There were no clues to where Rory had ended up for twenty years and you never get the answer. The book was down right creepy and I hated the ending.

I was glad that **** didn’t end up breaking ****’s heart, but what happened was ****’s heart was the one being broken. However I guess it was the only way that could have ended but I was disappointed in it either way. I would have loved it better if the three of them had gotten together in the end.

To be truthful I hated this story and it is going straight to the never read again list.

Overall the story is quite unique and is a very refreshing type of story. It just wasn’t for me…