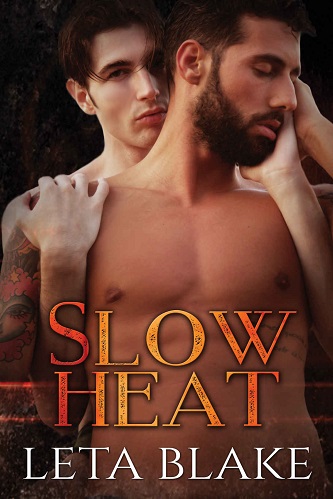 Blurb: A lustful young alpha meets his match in an older omega with a past.

Professor Vale Aman has crafted a good life for himself. An unbonded omega in his mid-thirties, he’s long since given up hope that he’ll meet a compatible alpha, let alone his destined mate. He’s fulfilled by his career, his poetry, his cat, and his friends.

When Jason Sabel, a much younger alpha, imprints on Vale in a shocking and public way, longings are ignited that can’t be ignored. Fighting their strong sexual urges, Jason and Vale must agree to contract with each other before they can consummate their passion.

But for Vale, being with Jason means giving up his independence and placing his future in the hands of an untested alpha–as well as facing the scars of his own tumultuous past. He isn’t sure it’s worth it. But Jason isn’t giving up his destined mate without a fight.

This is a gay romance novel, 118,000 words, with a strong happy ending, as well as a well-crafted, non-shifter omegaverse, with alphas, betas, omegas, male pregnancy, heat, and knotting. Content warning for pregnancy loss and aftermath.

I’m not overly familiar with Blake’s work. I’ve read one other book by her, and that one wasn’t even m-preg (male pregnancy). But I have discovered a relatively recent interest for reading m-pregs. M-preg is a pretty niche sub-genre in the MM world, and so it goes without saying that if you don’t like m-pregs or it doesn’t pique your interest enough to give it a go, this isn’t the books for you.

However, I have heard good things about this series and I looked forward to reading it. Something else that I think will interest people is that not only does this story feature a couple with an age gap (about 12 years?), it is the omega who is the older of the couple, rather than the alpha. This is something common in May- December type romances of any genre, the perceived weaker character, or the bottom, is usually younger than the dominant partner.

This book is an Omegaverse book – which is where for one reason or another certain men (the Omegas) have developed the ability to become pregnant. Despite not being a shapeshifter or paranormal m-preg, we still get the interesting connection between alphas and omegas which allows men to sense their true mate. In this world women became infertile and eventually died out, forcing humanity to adapt, hence the omegas. However, since this a relatively recent change in human physiology, pregnancy for men is possibly more dangerous for the men than it had been on women. Due to these limitations, it also means that there are very strict laws dictating how omegas can deal with pregnancy (these laws are analogous to conservative anti-abortion laws which are being shown on the media now).

The story starts with young alpha Jason Sabel. Jason is from a very well to do family and is the only child of his alpha and omega fathers. His fathers are quite traditional too. So things get interesting when Jason, while on campus of his university, finds the omega that is his true mate.

The complication is that this omega, Vale Aman, is a thirty-something year old professor who has never found his alpha mate. Vale also has an interesting and mysterious past, which he still needs to come to terms with, as well as come clean to Jason. Although nothing seems to be stopping Jason.

Courting the older omega according to tradition is a steep learning curve for the twenty-something year old alpha. On top of that, finding his mate means that he is also discovering some truths when it comes to omegas and their physiology that allows for pregnancy. Being so young, Vale doesn’t want to tie Jason to a relationship where if he could even get pregnant could kill Vale, if not any child as well. Jason needs to convince Vale and it seems his friends and parents, that Vale is the man that Jason needs in his life.

This is a fantastic start to the series. I loved the two characters, their differences (and not just their ages) make them fascinating and their sparking attraction is on point. I like that there isn’t any strong feeling of insta-love, there is even talk that the men won’t suit, so we get to see the relationship evolve in a more believable manner. The emotion that develops between and the complexity of their friendships makes their courtship realistic despite having the true mate connection.