Hi guys, we have Davidson King stopping by today with the tour for her new release Snow Storm, we have a great excerpt and a fantastic $10 Amazon GC giveaway so check out the post and enter the giveaway!  ❤ ~Pixie~ 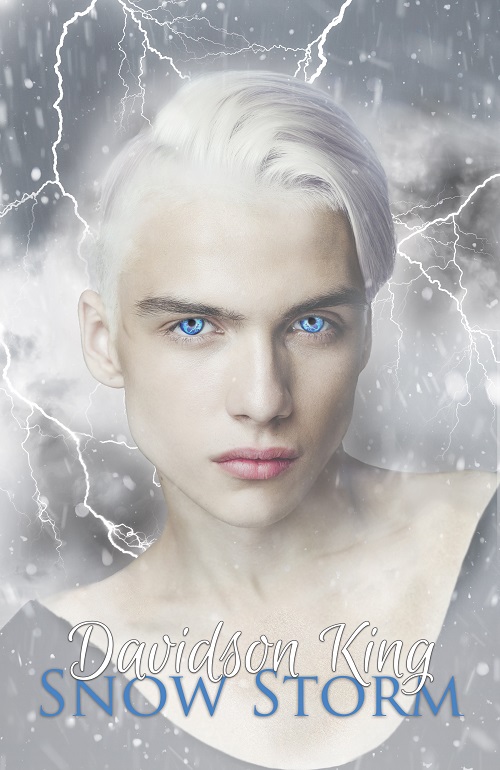 The city of Haven Hart rests under the heel of Christopher Manos. He reigns over the most dangerous and deadliest citizens as the most powerful crime boss the city has seen in generations. Yet, for the last five years, the harshest edges of his nature have been tempered by the loving devotion of his husband, Snow, and the nephew Christopher adores like a son. His life is a balance of darkness and light until a birthday trip for his nephew, Simon, is interrupted by a hail of bullets and explosions, threatening to destroy it all.

Snow has found a home, a family, and the love of one of Haven Hart’s most powerful men. When Christopher and Simon are kidnapped, Snow risks everything to find his family. Utilizing specialized skills he learned on the streets and the finer points of running a city from his crime boss husband, Snow takes on roles he never dreamed he would–protector, leader, and avenger. No one threatens his family and lives. Experienced enough to know he can’t do this alone, Snow calls in every favor he is owed, risking his life promising favors in return, all to save his family and the man he loves.

The sins of the Manos crime family are escaping the dark recesses of the past and threatening the bright future of everything Snow and Christopher have built. Yet, even with the help of some unlikely and uniquely dangerous people, Snow finds himself wondering if their efforts will be enough to save the two most important people in his life. Will the loving family Snow has finally found be taken from him forever? One of my favorite parts of waking up was feeling Snow wrapped around my body like an octopus. Even last summer when the air conditioning had failed and it was so hot, I’d wake to his limbs tangled in a death grip with mine. Every morning for the last five years, that was my morning greeting. So, the fact I’d woken up alone, with no tentacle Snow, made grumpiness settle in my gut.

It all went downhill from there. I stubbed my toe on the toilet, jumped into the shower before it was warm enough, and to make matters worse, after I dressed, I realized my cell phone was dead because I’d forgotten to charge it. Today isn’t going to be a good day.

Grabbing the back-up battery, I headed downstairs, hoping Maggie had made a breakfast that could make me forget waking up so shitty.

Vanilla, cinnamon, and coffee filled my nose and the warmth and familiarity gave me hope this day would turn around.

“That is utterly ridiculous, Snow. I’m not making this a thirteen-tier cake just because Simon is going to be thirteen. This isn’t Cake Wars.” The sound of Maggie’s irate voice as I halted by the kitchen door was like a bucket of ice water poured over me.