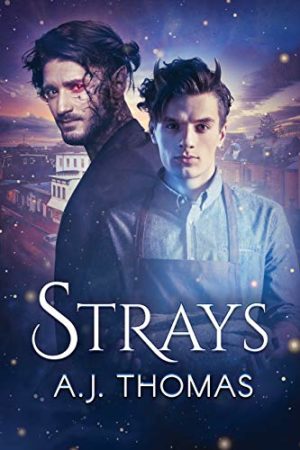 Blurb: Orphaned at a young age and raised in the foster system, Jory Smith has no idea he’s half incubus. He only knows he has the power to heal people, making himself sick in the process. Exploited by a crooked faith healer who sells his abilities and his life to the highest bidder and then left for dead, Jory flees, falling into a job at a small-town café where he can put his lifelong obsession with baking to good use.

But the minister who exploited him wants him back.

Exiled hellhound-turned–bounty hunter Malpheus Pelle has no idea why his human client wants him to track down an incubus. Jory is traumatized and afraid to touch anyone, an emotional handicap that could prove fatal for a demon who requires physical contact. Needing answers, Mal concocts a disastrous plan: pretend to date Jory to uncover the truth. Unfortunately, his plan never included dealing with an ancient demon assassin, Jory’s orgasmic pumpkin cookies, or losing his heart to the incubus he’s supposed to be hunting….

Review: I liked both Mal and Jory’s characters but found it hard to believe that Jory had no clue that he was something more than human. I mean with his abilities he should have had some idea. Mal’s deception I understood because of the job he took to find Jory and retrieve him.

The overall feeling of the book was good suspense. The ending was the icing on the cake but it felt rushed at times. The bad guy I figured out pretty quickly. I was disappointed with the fact that the story never revealed what happened to Asmodeus. He was never a key character but he was mentioned so much that I wanted to know.

Aside from that I enjoyed reading about Mal, Jory, Neal, louise and the dragon. They were all interesting characters that brought the story to life. Plenty of action scenes added an edge of your seat element to the book.