Hi guys! We have K.L. Noone Popping in today with the tour for her new release Steadfast, we have a brilliant sneak peek of Cinnamon and Strawberries K.L.’s holiday novella (releasing in December), we have a great excerpt and a fantastic $10 Amazon GC giveaway so check out the post and enter the giveaway! ❤️ ~Pixie~ 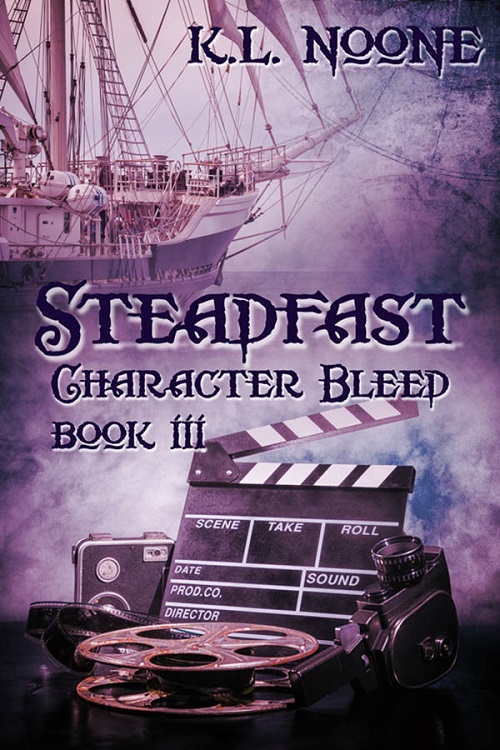 A love story for the ages! An intimate confession! An epic quest! And happily ever after on the horizon…

Jason Mirelli loves Colby Kent. And Colby loves him. They’ve told the world. And Colby’s recovered from injury, so they’re back at work and back on set. Jason just might have everything he’s ever dreamed of, with a serious leading role, an epic love story, and Colby safe and happy in his arms—but they only have two weeks of filming to go. He’s afraid of the dream falling apart, and he knows Colby has a secret to confess—one that could transform both the ending of their movie and their future together.

Colby never got around to telling Jason his final secret before the accident on set. Now that he’s recovered, he wants to share his writing and his silent script doctor work with the man he loves. Besides, he’s rewritten this script to give their characters a proper happy ending. But he’s nervous about making changes to a classic novel, and he wants the author’s approval.

Colby’s hoping to seek out the famously reclusive author in question, but first he’ll need to trust Jason with this last piece of himself. If he can, he and Jason might finally find their happily-ever-after both on screen and off—for their characters and for themselves.