Hi guys! We have Kayleigh Sky popping in today with her new release A Vampire’s Heart, we have a brilliant giveaway so check out the post and enter the giveaway! ❤ ~Pixie~ 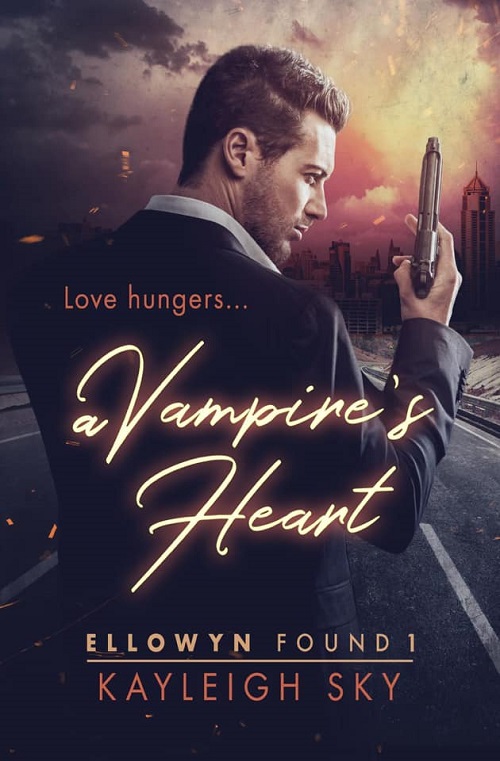 Otto Jones, a cop assigned to the seemingly random murder of a vampire, would rather hide out in the nearest bar than waste his time on a dead vamp. He hates the bloodthirsty demons. But when the king of the vampires commands him to work with one of the lesser princes and find the killer, he has no choice.

Prince Jessamine Senera is ready to sacrifice his happiness in a loveless marriage for his family’s benefit… but not yet. He dreams of adventure, excitement, and true love. He lives on romance novels and detective stories and wishes he could drink synthetic blood like every other vampire. But he can’t. He needs human blood to survive and is hated by vampires and humans alike.

As Otto and Jessa draw closer to an entity that doesn’t want to be discovered, Otto finds the heart he thought long dead opening to the romance-loving Jessa. No good can possibly come from falling in love with a vampire, but when a shadowy assailant attacks Jessa, Otto will descend into the darkest pit of the earth to rescue him.

If you like vampires, mythical and urban settings, intense suspense, and happy ever after, then you’ll love this first book in the dark and mysterious Ellowyn Found trilogy!

A Vampire’s Heart is a stand-alone paranormal dystopian noir romance with a satisfying conclusion to the love story and a central mystery that weaves the trilogy together.