Hi guys! We have Jules Radcliffe stopping by today with her new release Pirate Master, we have a brilliant guest post, a great excerpt and a fantastic $10 Amazon GC giveaway, so guys check out the post and enter the giveaway! ❤️ ~Mel~ 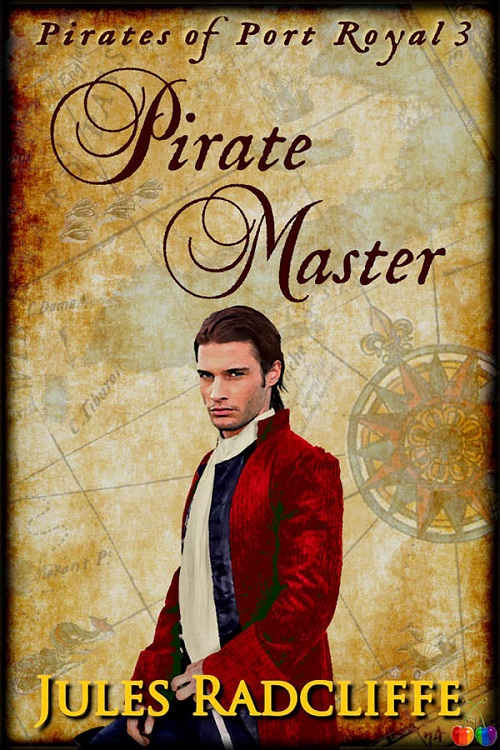 A strait-laced lieutenant. A free-living pirate. A hopeless love.

Quinn has never met a man quite like Perry. Stern and cold on the outside, burning up inside with secret passion. Yearning for a mastery only Quinn can satisfy. But Perry is no outcast—he’s a respectable officer in His Majesty’s navy. Reluctant to test his love for a pirate, Quinn baulks at asking him to give up everything he holds dear.

Though he has no regrets about their night of glorious sin, Perry sees no future with Quinn. Unlike the pirates of Port Royal, he isn’t free to love where he pleases. If word of his illicit affair came to the ears of Commodore Pobjoy, his career would be at an end. And the disgrace might mean he could never return home to England.

With war on the horizon, the Caribbean is a hotbed of intrigue. Quinn is betrayed and thrown into Monte Gris, an impregnable dungeon even the fearsome Brethren of the Coast aren’t strong enough to breach. Perry is stunned. Everything he valued is hollow and meaningless without his master.

Willing to risk all to get Quinn back, he refuses to abandon hope and plots a daring and dangerous rescue. But he can’t do it alone. He’ll need every scrap of ingenuity at his disposal to persuade the Black Wolf and the crew of the Audacious that his plan will work.

This time, it’s not just Perry’s career and reputation at stake. If he fails, men will die. And both he and Quinn will suffer a gruesome fate at the hands of a terrifying acolyte of the Spanish Inquisition.

Warnings: Rape and torture of a MC off screen, murder of minor characters