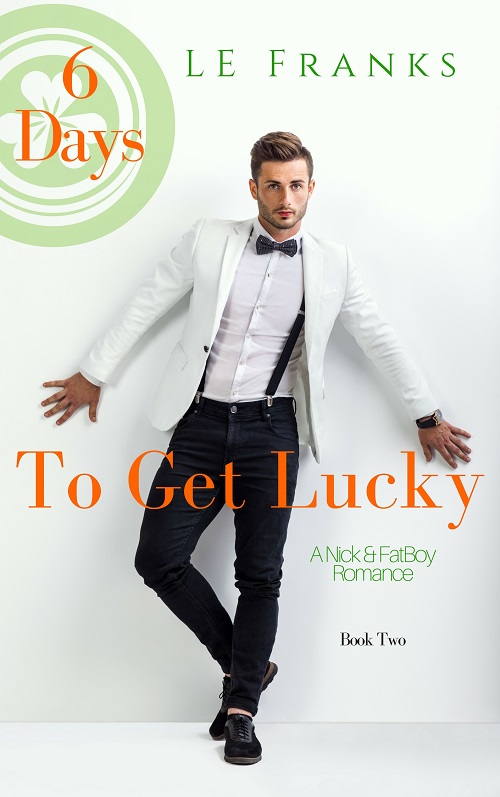 END_OF_DOCUMENT_TOKEN_TO_BE_REPLACED

Title: Of Nuts and Men

Series: Dreamspinner Press 2016 Daily Dose package “A Walk on the Wild Side.”

Blurb: Summer break is a time to relax and reconnect at the family cabin in the Eastern Sierras. Unfortunately for squirrel shifter Jamie, his first day back is anything but restful. When his adoptive brothers can’t resist winding Jamie up and sending him on a wild squirrel chase for last season’s buried nuts, he finds himself diverted from his mission in the best possible way.

Sawyer is a man stuck in a tree with no way down, and things are about to get a little weird when one very inquisitive squirrel turns up to save the day. At least it’s not the mountain lion who chased him there to begin with. Still it takes a while before Sawyer’s convinced he’s not seeing things. By the time he’s got his feet back on the ground, it’s Jamie who needs a little TLC—fortunately for both of them, Sawyer’s tent is close by, and Sawyer has the perfect way to heat things up.

Review: Jamie is a squirrel shifter who lives among a bunch of big ass cats. He was adopted into the family but I am not sure if I would say it is a happy place. So while out he finds a sexy human stuck in a tree. It would seem that one of his brothers ran the poor guy up one. Not a great way for an introduction if I might say so.

It is a cute story but with all short stories they just seem to be missing something extra. In this one they give you an insight into the pain in the ass brother but then zip. You would think there would have been a bit of a payback given. Other than that it was a blast to read.

Review: I have not had chance to read any books by this author, so I was a bit leery at what to expect. The cover and title were what caught my attention. Talk about a quirky lift to me. However once I started reading I realized that I missed what had happened in another book. There was no sign that this was a series so I had no clue about it. I felt like I missed the first kiss.

As for the story it was well written and pretty damn hot, but also long-winded. Once I started reading it felt like there was not hot sex other than fantasies between them. I almost put the story down to read later, because it just felt off to me. However, I am glad that I did read it because it was a funny, quirky and cute story that was very entertaining.

Nick was the manager of the Irish pub and his sights are set on Fatboy, their bouncer. On Valentine’s Day Davis had kissed Nick. Which was bizarre to say the least, because as far as Nick had known the man was straight.

Since that sexy kiss, all Nick can think about and dream about is Davis. There are some very heated looks between these two and some hot groping going on but that is about it. It would seem people were out to cock block them both. They couldn’t even get the same days off. Nick didn’t ever think anything would ever happen, that is until someone else took special interest in Nick.

Davis has been falling in love with Nick from the moment he set eyes on him. However his ass was in the closet because of his father. But when a sexy guy from a team starts flirting with his man, Davis has to make a choice. Things about to heat up.

Now for me there were several issues that were bugging me on this story. For one, these two couldn’t manage to get it on at any time, it wasn’t like they worked twenty-four/seven. It just doesn’t come off right.

Then Davis is scared of his daddy, I mean please the man is close to being thirty and has a job, what the hell is with the scared of coming out of the closet.

The fun part of the story was the jealous behavior, idiot band members, and feisty little people. They made the story quite entertaining. I loved the whole bar fight.

Now overall, the story was very entertaining, but too long for me to really love. It just came off farfetched. Half way through I wanted to just put the book down and walk away. However I was glad that I hadn’t but it was close.

The characters were very loveable and feisty as hell, which made for a better story. I have to admit though that this would not be a story that I would read more than once.

Hi guys, we have L.E. Franks stopping by with her new release 6 Days to get Lucky, we have a great excerpt and a brilliant giveaway so enjoy the post and click that giveaway link <3 ~Pixie~

END_OF_DOCUMENT_TOKEN_TO_BE_REPLACED

Blurb: For a man who made his career in intelligence, falling for an Afghani national in the middle of a war zone wasn’t the smartest thing a Marine could do.

Marine Captain Sean Kelley loves his country and the men he serves with, but when he meets Akim, he’s tempted to throw it all away for the mysterious man. He knows better than to chase after a local, but repeat encounters culminating in a moment of passion leave him reeling—he’ll do almost anything to figure out how they can be together.

Akim Bijan has a secret of his own—one large enough to get more than just himself killed if it’s revealed. But from the moment he first lays eyes on the handsome Marine, he’s tempted to do just that rather than hide his growing attraction to the man. Being a translator allows him access to the base and he finds Sean alone one night. They take things farther than he ever intended. If only he could tell Sean everything, but his lips are sealed.

When tragedy strikes, Akim is afraid he’s lost Sean for good and he’s forced to make a decision that will change both their lives. Will love win—or will Sean and Akim be separated forever?

Publisher’s Note: This story has been previously released as part of the Semper Fidelis anthology by Totally Bound Publishing.

Review: This story has previously released as part of the Semper Fidelis Anthology by Totally Bound Publishing. I love a man in uniform and this one was pretty good. Although for me it was way too short to truly enjoy.

Sean Kelley is one sexy marine. He has always loved it, but working overseas sometimes sucks. Especially when he falls for a local. It would destroy everything if it gets out, but their one time together has left him wanting forever. Akim is Jordan’s undercover name. He wants to protect his marines, catch the one killing and get promoted. What he does not count in is one sexy marine and a hot night together. Then Sean gets injured and Jordan will do everything to be with his man.

I really got a kick out of reading this. It gives you sexy marines, men in uniforms, danger, excitement and suspense.

I would definitely recommend reading this.