Hi guys, we have NineStar Press stopping by with their latest anthology release Teacher’s Pet Vol II, we have a fantastic $10 NineStar GC giveaway so check out the post and enter the giveaway! ❤ ~Pixie~ 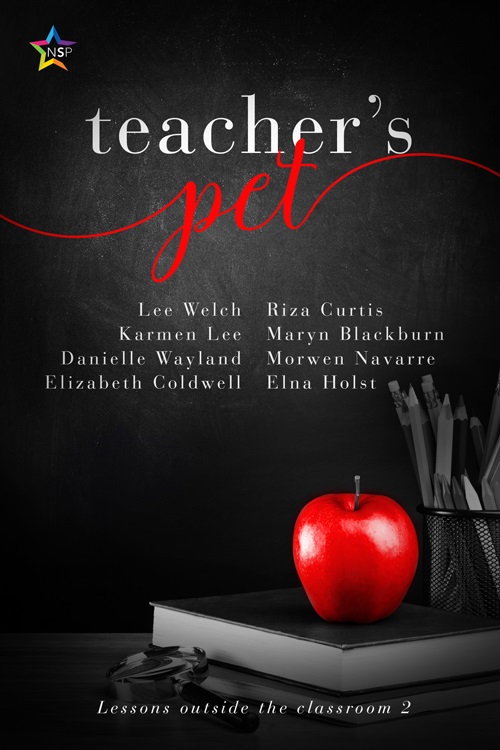 Eight Stories of Lessons Outside the Classroom

Apprentice magicians aren’t supposed to fall for their masters, but after a year of longing, Kit is desperate for Master Vervain. Kit casts a forbidden spell to raise an incubus doppelganger of his master—oh, the things he’ll do with that incubus! But Kit’s invoking forces he can’t control and anything can happen when love and magic are mixed.

On a simple night out, Brendan’s life changed forever. He gave up college lecturing for the world of private tutoring. He may be a virtual recluse, but at least he’s safe. When student Zack approaches him for help with understanding poetry, he’s reluctant to take him on, afraid any connection to his old life might stir up the memories.

Being around Zack awakens long-buried desires in Brendan. He wants to act on his impulse to get closer, but he needs to find the words to say how he really feels.

Reverend Jane Sinclair has been preaching nothing but fire and brimstone lately. After being dumped by her long-term partner, her mood has been going from bad to worse, and it deteriorates further when her vicar strong-arms her into going off on a yoga retreat. Once she arrives at Serenity Farms, however, the sultry and playfully dominant yoga instructor soon has her singing quite a different tune. A very, very quiet one.

Student mage Ilya regrets not paying more attention in class when he teleports two hundred miles instead of the hundred yards he was supposed to go. Concussed, exhausted, and completely underdressed for the bitter winter weather, Ilya is rescued by the handsome Søren.

Sparks fly between the two mages while Ilya recovers, but Ilya must return home. Unable to use his magic and not skilled enough to attempt teleporting back, even if he could, Søren insists on making the journey with him. But train rides and bandits reveal something more between them.

Twenty-six-year-old Grayson is on a mission to get the most out of his gym membership, but when he goes at it too hard on his first day and slips off the treadmill, embarrassment makes him want to quit. Heath, a gym rat, rushes to his aid and offers to help. Initially suspicious of his motives, Grayson reluctantly accepts his help.

The more time they spend together, the more their friendship grows. They both have internal battles keeping them apart, but a Halloween party might just be the place to have a heart-to-heart.

Twenty-three-year-old Savannah Archer has kept her sexuality buried for years out of fear of being ostracized by her disapproving community. After getting pregnant in high school and putting off college for five years to raise her son, she is finally attending college—away from the prying eyes.

In her first class of the semester, she meets Anetta Springs, who is not only her professor, but also her academic advisor, and the attraction is immediate. Savannah and Anetta both know that the potential consequences of a teacher-student relationship are life-changing, but a book club and a meddling sister may not give them a choice.

For anyone serious about magic, studying with a Sidhe Master is essential. Alistair Brady is very serious, and when he’s chosen at a Calling—a search by the Sidhe for new students—he’s elated. However, his assigned Master, Cianán, doesn’t want a new student and makes it painfully obvious.

Despite Cianán’s disdain, Alistair is determined to learn magic. But Alistair has difficulty finding the place inside where magic lives, and even the simplest spells continue to elude him. He just needs to figure out what’s missing, while trying not to let his growing attraction to the cold and aloof Cianán show. It takes a backfiring spell to show both Alistair and Cianán exactly what’s missing to make Alistair’s magic come alive.

Dr. Marissa Muniz worked hard to earn her Ph.D., so she is rightfully outraged when she detects plagiarism in the work of wealthy grad student. When Muniz confronts Libby Highsmith, the young woman begs for a second chance.

Ms. Highsmith must propose a new master’s thesis and design a project to serve as punitive measures. Muniz accepts the thesis proposal but balks at the project—a replica of the paddle used in private schools and a contract promising secrecy. 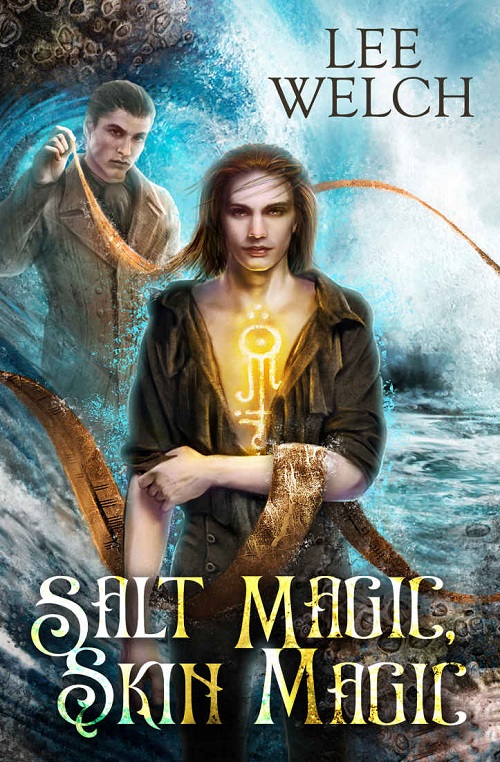