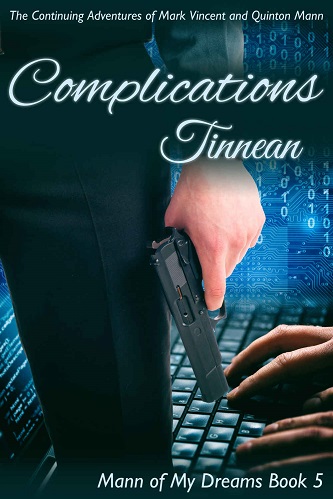 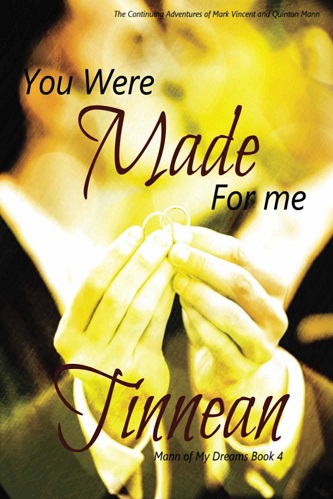 Title: You Were Made For Me

Series: Mann of My Dreams 04

Blurb: Quinton Mann has resigned from the CIA, but they aren’t happy about that and want him back. To do that, they’ll not only have to convince Quinn that’s a good idea, but Mark Vincent, Portia Mann, and Gregor Novotny as well, and that isn’t going to be easy.

Meanwhile, friends and family need help, and neither Quinn nor Mark will turn them down.

It’s going to be a long year and a half.

Review: Of all the books in the series, this one deserves the romance title the most.

It’s sappy and dreamy and it’s a lovely happy end for our two heroes. The contrast from beginning is especially noticeable here, since they are in established relationship, they already cleared the hurdles facing them and now they are settling to enjoy the rest of their lives. It’s unashamed piece of fluff, with their family and friends playing prominent roles.

There is a lot of difference in both characters, as Quinn, once known as Ice Man, is comfortable in his relationship with Mark and the direction his life has taken. Mark is also softer – being with Quinn dulled his edges and made him less hesitant to show people in his life he cares. 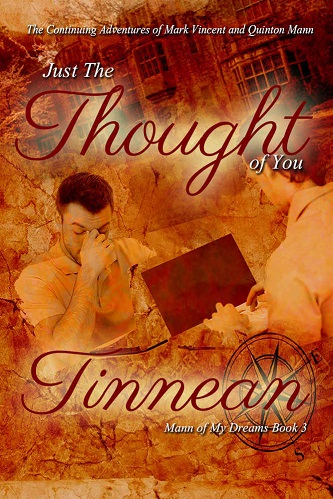 Title: Just the Thought of You

Series: Mann of My Dreams 03

Blurb: Quinton Mann and Mark Vincent – still as dangerous, intelligent, and perceptive as they were when they started playing mind games with each other, and still in love. With Quinn having inherited the Mann family estate in a state of serious disrepair, he and Mark with the help of their family and friends decided to fix it up and then live there, together. But when a mystery from the Mann family past intersected with the death that led to Quinn inheriting the estate, Mark and Quinn were determined to solve it, and see Quinn’s cousin DB and his ladies safely married. But there are always eyes watching two such dangerous men. Would they be able to continue their relationship without nosy, judgmental people trying to put an end to it?

Review: This is third book in series and it shows. This time we got both Quinn’s and Mark’s POV as the story continued from where previous book left off.

The story focuses heavily on Mark’s and Quinn’s interactions, through other characters weave their way in or out. While I liked the story, I didn’t enjoy it as much as previous books. The plot was loose – the story changed tracks several times and while events had their own charm I wasn’t hell bent of getting to the end the way at was with previous book. The impression I got is mostly of placeholder in the series – it deals with leftover ends from previous books and sets a stage for the next one. There is also more humor in this one. It’s more relaxed and easy-going.

It’s hard to give summary for this one, as it mostly focused on characters. Mark’s and Quinn’s banter is lively as ever, and their charm kept my attention on the book. It’s perhaps somewhat of a break from previous books, which bridled with action.

It’s a nice interlude in the series. 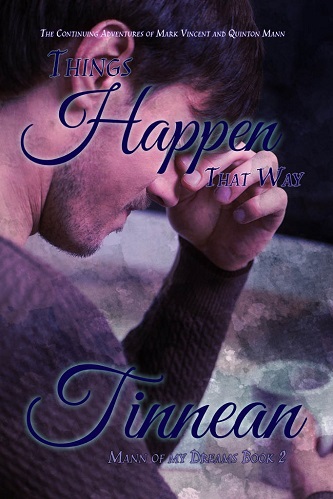 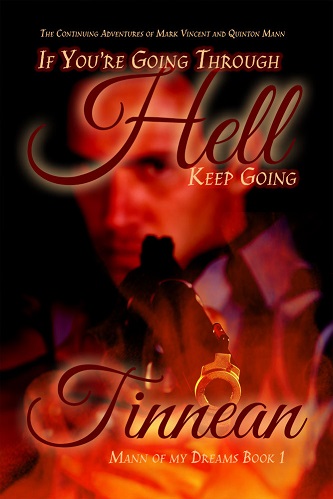 Series: Mann of My Dreams 01

Blurb: Mark Vincent and Quinton Mann have finally kind of, sort of, exchanged promises. Mark has returned from an assignment on the West Coast, and he’s looking forward to spending some quality time with his lover. After all, it’s the St. Patrick’s Day weekend. What could be better than a little beer, a little corned beef on rye, and Quinn in his bed?

However, on Monday it’s back to the grind — this time to an almost empty department. Matheson is away on assignment and Ms. Parker, Mark’s secretary, is taking sick time, something she never does. But these aren’t the only signs of something unusual, well, more unusual than normal, going on. Gradually, Mark uncovers a series of events going back to the previous spring and involving not only his senior special agent but Theo Bascopolis, a former rent boy who is Mark’s friend.

While Mark unravels the threads of the Gordian knot the WBIS has become, he realizes how deep his feelings for Quinn have grown. But can a spy like Mark ever hope to be “the one” for a spook like Quinn?

Review: This story is nearly 6 yrs old, but the story itself is new to me. I’m very glad I discovered it, since it’s very good and I enjoyed it.

It’s one of several books this author has in the same universe which is the only sticking point with the story. It relies heavily on previous books, references past events and characters from others books pop up constantly. I was lucky because I did read Houseboat on the Nile, which is part of another series, but it it’s chronologically before this one. That series is not republished yet in its entirety and I would definitely recommend reading it before this one.

Otherwise, I had a blast with the book. It’s fast paced, dialogue heavy and believer in instant gratification, as in, the bad guys are dealt with swiftly and decisively.

The whole story is in first POV from one of its main characters. Mark Vincent works for shadowy Agency and is unapologetic about his worldview. He is willing to do everything for his friends and those he trusts, and his enemies tend to have radically shortened lifespans. It’s simple and ruthless worldview, and the reason why everyone else in intelligence community considers him a sociopath. It also makes his fumbling on romantic front even more endearing. The romance story is more of a background, as he and Quinn are in established relationship. Mark has no problems risking his life and killing others, but he is shy when it comes to asking his lover to move in with him. It’s sigh worthy and now I’m curious as to what will happen in other books of the series.

Sincerely recommended, but I’d suggest reading other books in this universe first. I think it will make this one even better!