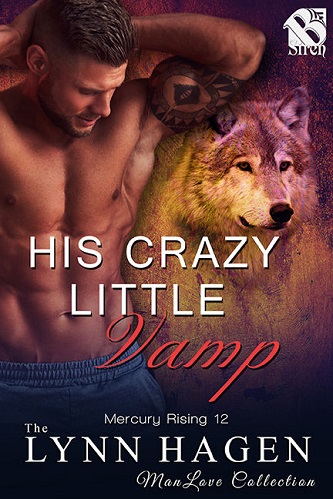 Blurb: No matter how much Victor tries to stay out of trouble, he always finds himself right in the middle of it. His ranking in the coven is at the bottom of the barrel, and Riley always reminds him of that. One night, running from his bully, Victor is hit by a car a block from Black Dragon. And the driver happens to be his mate. When a capture warrant is issued for Victor, it’s up to Pierce to keep him out of prison and away from the one man who wants Victor dead.

Pierce is hesitant to take Victor with him to execute a warrant, but is surprised they make a great team. Even so, he finds out quickly that his little vampire is out to prove his worth, and that lands Victor in a heap of trouble. When Victor is kidnapped, Pierce runs to his rescue, and a battle the likes of which Mercury has never seen arises.

Review: Victor was targeted and turned into a vamp when he was just eighteen. He was saved by another who had taken him into their coven. However life was still not as good as one would expect. He was on the bottom of the ladder and picked on by many of the other vampires. Then he ran and ran right into a car. The driver was a shifter who was his mate.

Pierce saved the little vamp on his way to serve a warrant. However his kind did not know their mate by sense but by sex, so he was just a bit jumbled. He did however let him come with him to serve warrants and found out that he was his lucky charm. But the one targeting Victor was just the smaller part of the picture.

I am used to characters such as shifters who know their mate by smell, which for a many good number from this authors work is the way it happens. However this author switched it up which is not a good sign. However it was the exact opposite of the vampires. It made the book off to me. Other than that it was full of action, adventure, danger and fun times. I loved the characters especially Victor. He was a bouncy ball of energy and fun. I had a blast of a time reading it and it was the perfect length. Although I do wish to hear more about my characters I love. 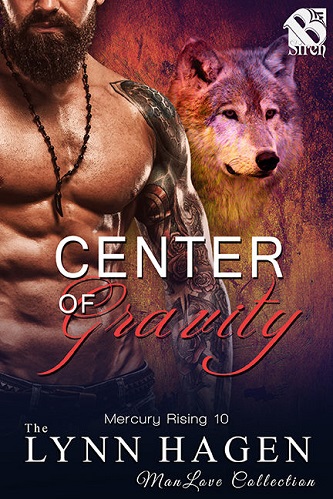 Blurb: Jimmy is a simple kind of man who lives in a low-rent apartment, works from home as an accountant, and has enough clothes that he could open his own store. What he doesn’t have is that special someone in his life. He’s so lonely that he frequents Grizzly’s just to get out of the house. But little does Jimmy know he has a secret admirer, one whose intentions could turn deadly.

Ethan has been interested in Jimmy from the moment he laid eyes on the little leopard. Getting with Jimmy wasn’t easy, but now that Ethan is in his life, he realizes Jimmy needs protection. Twice Jimmy’s apartment has been broken into, and Ethan isn’t taking chances on a third. But a killer is on the loose, leaving bodies all around Mercury. It’s up to the bounty hunters to find out who the killer is while Ethan races to save his mate’s life.

Review: Each book in the Mercury Rising collection features a new romantic couple. To enjoy the overall story arc and crossover characters, I would recommend reading the series in sequential order.

Jimmy is a simple man who loves what he does. He is an accountant that works from home, not getting rich but who does these days. He is also a leopard shifter and the only thing he is missing is a mate.

Ethan has not only noticed Jimmy but wanted the little man. Thing do not go smoothly for these two but Ethan knows he can find away. To bad someone is trying to get his mate but it is not the same one killing the humans.

I had a bit harder time with this particular book. In all the others shifters and vampires knew their mates by scent, however in this book that is not the case. Or right off the bat anyway, they around each other and neither knows till a little later on. This story didn’t come off the way it should have and I couldn’t pin point the problem with it. It just felt a little harsher and didn’t flow the way it should have. That isn’t to say that it wasn’t a good book because I still got a kick out of it. I really got a kick out of Jimmy and his attitude.

I had a blast reading this and can’t wait to see what the next book has going on in it. 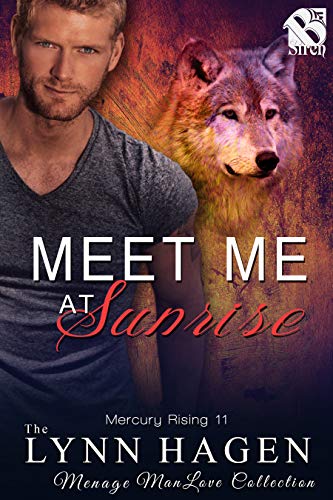