Hi peeps, we have A.M. Leibowitz stopping by with the tour for their newest release Minuet, we have a guest post from A.M., they has also brought along a great excerpt and a fantastic giveaway, so check out the post and enter the giveaway! ❤️ ~Pixie~ 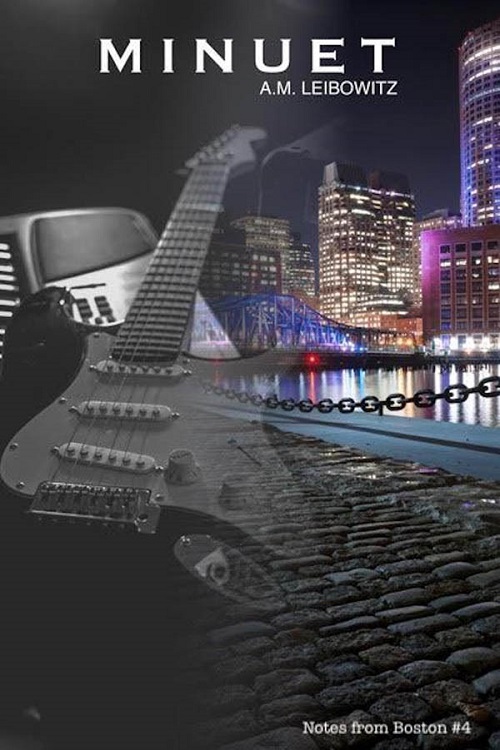 When it comes to love, Mack Whitman prefers to limit it to writing songs and poetry. Aromantic, he’s content to have quality friendships and people who sometimes also share his bed. He’s never considered himself the jealous type. But when he sees everyone in his life, from his best friends to his occasional partners, moving toward more settled lives, it leaves him frustrated, disappointed, and worried he’ll be left behind.

Amelia Roberts doesn’t care about the genders of her partners as long as she follows her one rule: Don’t ever fall in love. It’s worked out well for her, since that’s a line she knows she’ll never cross with Mack. He’s as happy as she is to keep things as they are. The only trouble with her philosophy is that she didn’t count on meeting the one person who might change her mind.

Jomari O’Brien’s supportive family made it smooth for him to transition several years ago. Since then, he’s been in and out of love, and other people’s beds, plenty of times, and he has no regrets. Each one is a small part of a larger symphony. Becoming involved with two people at once is a more complicated harmony, but it’s one he’s willing to learn as long as they are.

Their individual melodies become discordant as they struggle to make them fit together. But if all three can learn to play with each other instead of against, they may yet hit all the right notes.

Warnings: There is no graphic description of anything, but there are themes of addiction/recovery/relapse, gender dysphoria, family violence, adultery, and body image.

END_OF_DOCUMENT_TOKEN_TO_BE_REPLACED

Hi guys, we have A.M. Leibowitz stopping by with hir new release Anthem, we have a great excerpt and a brilliant giveaway so enjoy the post and click that giveaway link <3 ~Pixie~

Trevor Davidson has everything going for him. He’s just moved out on his own with three friends, and he’s landed a job as music director at a large Boston church. He has high hopes for marrying his long-term girlfriend and settling into a comfortable, devout lifestyle.

Andre Cole has spent the past few years throwing himself into a dead-end job at a Cape Cod-based call center. When an opportunity to move back to Boston arises, Andre believes it will be the do-over he needs to put his past behind him.

A chance meeting in a club on New Year’s Eve brings Trevor and Andre together for a brief but steamy encounter. Both assuming that’s the end of it, they are unexpectedly thrown back into each other’s lives when Trevor’s church hires Andre for their website design. While Andre is content at first to move on, Trevor’s conflicted feelings bubble over into his songwriting. Before he can stop it, his ode to Andre becomes an inadvertent Christian radio hit.

Unfortunately for Trevor, he isn’t the only one who knows the song’s hidden meaning. Someone has leaked the story and upended Trevor’s life. In order to put the pieces back together, he needs to learn to be honest with his girlfriend, with Andre, and especially with himself.