Hi guys! We have Hairann stopping by today with her new release The Midnight Twelve, we have a great excerpt and a brilliant $10 NineStar GC giveaway so check out the post and enter the giveaway! ❤ ~Pixie~ 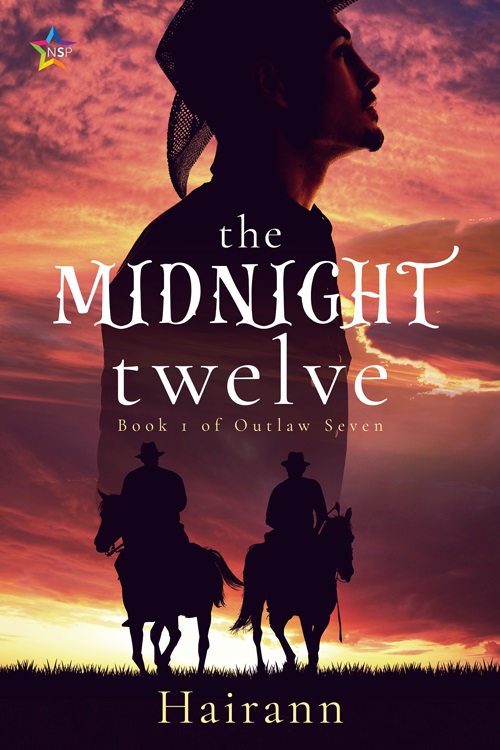 Ezra Grayson arrives in the small town of Edgewood, following a clue that will hopefully lead him to the men responsible for the deaths of his parents. His desire for revenge, the only thing keeping him going after five years of trailing the midnight twelve.

Colleen Warren was not like the other girls working at the Lady Luck Saloon in Edgewood. It was not easy to explain to her customers that the soft, feminine Colleen was also the hard, masculine Cole.

A miscalculation throws them together as they run from the law and the bounty on Ezra’s head, but it is fate that guides their journey across the land; bringing them closer to the answers they both seek and to each other.