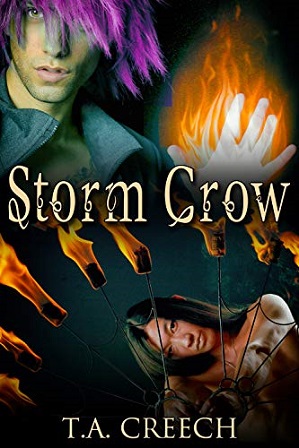 Blurb: Master fire mage Alegan Ilsace heads to the Fire Stars, great volcanic islands in the Vensalin Ocean, to harness the untamed power of Toa. He needs the power to snatch his family from death. But all of his dreams lie in shambles when he fails and pays for his impertinence in blood.

Catli, Koan of his village and speaker for Toa, finds a stranger injured on the mountainside and drags him home. As Alegan’s past comes to light, Catli is drawn in by his bright, though understated, nature. Catli would rather spend his days doing his duties to the village and learning about the intriguing mage he rescued, but then a usurper strikes.

One way or the other, Catli’s days are full of Alegan. Whether they continue on Toa or have to make their way out in the world depends upon the strength of Catli’s power.

Review: Alegan, lost in the grief of his dead family for four years, attempts a dangerous thing by asking a god to resurrect his family. He pays a price for the asking. Catli nurses him back to health as the pull between them grows stronger. Another fire mage challenges him for his title and loses.

Although this was an interesting story I felt bored with it at times. The descriptions of the village were quaint and peaceful. Calti seemed nice and caring for his people. I was glad Alegan found someone to ease his pain and move forward in his life. This book does connect with other two but only at the end. 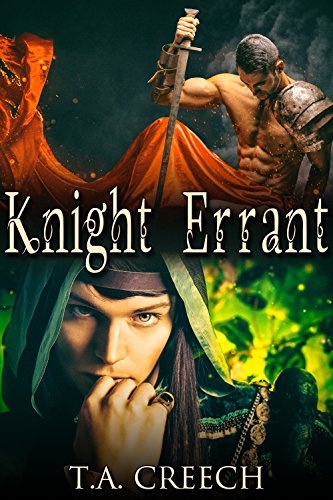 Blurb: When an Archmage needs a guard to see him through the enchanted Alahanai Forest, dwarf Einith Redstone jumps on the opportunity. The amount of coin offered for the contract is enormous, and he wants to help a fellow dwarf find his Heartstone. And then Einith is stunned when the enticing elf Tae’liamath joins them as their guide.

Their journey through Alahanai is more dangerous than expected, physically and personally. Between the search for a missing knight out of legend and a bond unexpectedly formed, Einith and Tae find themselves growing close, and their emotions are sent reeling. With a Heartstone at stake, magickal encounters, and falling for each other, Einith and Tae have much to overcome before their journey ends.

Review: A great adventure as three men travel to find a knight that was imprison many years ago. Einith and Tae are hired to help an archmage. What makes this book so good as it seems like it’s two stories in one. You have an archmage who was in a fierce battle a long time ago when his mate was stolen from him. He’s been searching for his mate ever since.

Then you Einith and Tae who are a growing closer to each other as the story progresses. There are dangers everywhere as they travel and dangerous situations arrive that put them in harms way. I seriously loved everything about this story from to finish.

Best book in the series in my opinion. Fantastic read. 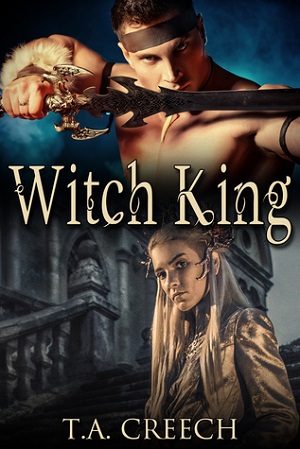 Blurb: King Solna Nalion is tired of war. Standing in the aftermath of yet another battle over an ancient insult, he longs for the possibility of ending the wars at last — and finds it in Vius Tylele, a wounded warrior who is not what he seems. In light of Tylele’s charm and intelligence, Nalion schemes to unite their countries for a lasting peace, one that might even bring love.

Nothing is as it seems and Vius Tylele knows that all too well. But King Nalion’s marriage proposal, while ridiculous, has merit. Between petulant generals, tainted magic, and falling unexpectedly in love, Vius discovers he has more to lose than he thought. His country, his magic, and even his heart.

Review: Two kings tired of war make a deal with each other to bring peace to their people who have been at war for a long time due to King Solna’s, a human, people stealing King Tylele’s, an elf, ancestors consort. The war is never ending and brutal.

The deal is they marry each other and Solna gives up his kingdom. But not everyone is happy with the decision. On the way to Vuis home Vuis becomes deathly ill.

It was an adventure to travel with these two men and see how they dealt with danger and each other as they grew closer.

I liked the story though it could use some editing as there were words in sentences that either did not need to be there or were in the wrong place. Aside from that some scenes like the fighting scenes were way too short. 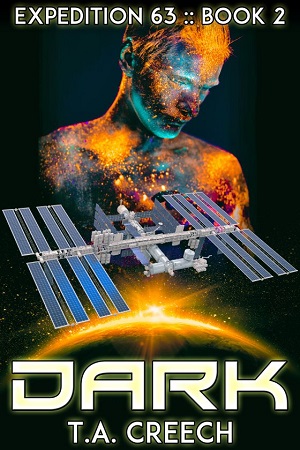 Blurb: As the stranded inhabitants of the Space Station mark the opening of their second year since the world ended, Saito Naotatsu is determined to shake off some part of the grief infecting their temporary home. Maybe find a little happiness, too, with his best friend and communications specialist, Turlach Quinn.

The situation explodes when Turlach finds his attraction to Saito confusing and relentless. At every turn, it seems Saito is there to break his control. With the Station falling apart around their ears and the crew breathing down his neck, Turlach finally has enough.

Problems keep piling up. The crew is weary and waiting. Earth is a dark shadow of what it once was. Will they ever get home? Is there even anything left to go home to?

Review: In this sequel we get a better understanding of the day to day survival for the crew of the space station. Speculations and tensions run high as they all guess how long they all can last and when and where they should go back to earth once all the fallout is gone.

Turlach and Saito are the couple who are upfront in this story. We get to see how they are around each other not to mention the confusion and understanding what Turlach goes through.

A great addition to the series. 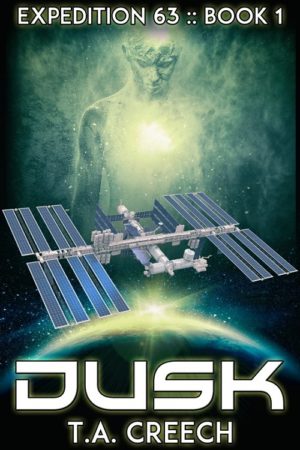 Blurb: When contact is lost with Mission Control, Commander John Dennington isn’t overly concerned. Such hiccups in communication are common. The first inkling of the larger problem occurs when he sees the very shape of the world change before his eyes.

Review: John and his crew of five are on a space station as the world below them implodes. They do all they can to take measures in making sure they can survive in space for as long as possible before trying to make it back to earth and seeing the damage caused.

At the same time John and his seconds, Jason, relationship comes out. This causes John to worry abut how the crew will react. But he worries for nothing as they take it all in stride. John almost dies during an outing outside the space station due to his suits oxygen gauge not working properly.

This story reminded me of the dangers of space travel and the need to survive at all costs. I thought the crew worked well together under duress as they each had a role to play in their survival. This first book spans the first year they are in space after the horrible events that took place on earth.

Hi guys, we have T.A. Creech popping in today with her new release Dawn, we have a great excerpt and a brilliant giveaway so check out the post and enter the giveaway! ❤ ~Pixie~ 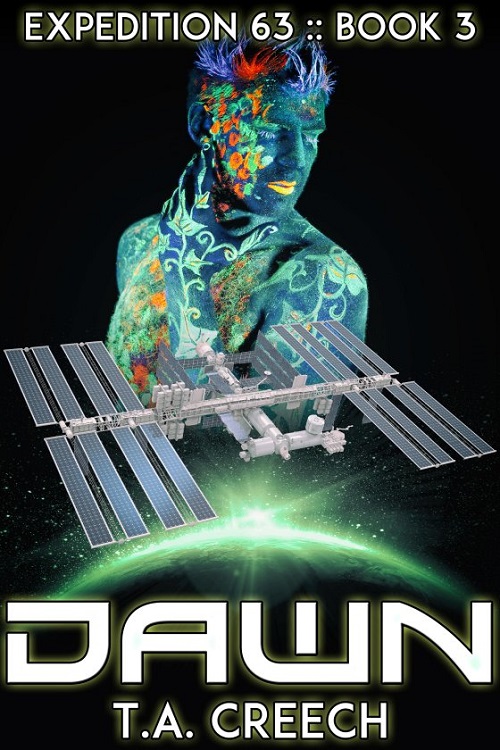 Yakecen Sinohui can see the end in sight for the stranded crew of the Station. Each breath is a countdown until they’re able to return to Earth, until the poison clouds have cleared enough to leave. Though it’s a bad idea, Yakecen is drawn into the orbit of their resident biologist, Eli, someone who has kept Yakecen’s head in the game with his sunny presence.

The universe, however, has one last middle finger to give the weary crew.

Eli Palamo doesn’t object to Yakecen’s covert attention. He’s pined for his friend from the first moment they met, and isolation has strengthened their bond as the hardships forced them lean on each other completely. Yakecen is all he’s ever wanted. Nothing will be enough to tear them apart, if Eli has anything to say about it, not even Yakecen’s own demons. Definitely not the end of their disastrous mission and their fight for survival.

END_OF_DOCUMENT_TOKEN_TO_BE_REPLACED

Hi guys! We have T.A. Creech stopping by today with her new release Dusk, we have  a great excerpt and a brilliant giveaway so check out the post and enjoy! ❤ ~Pixie~ 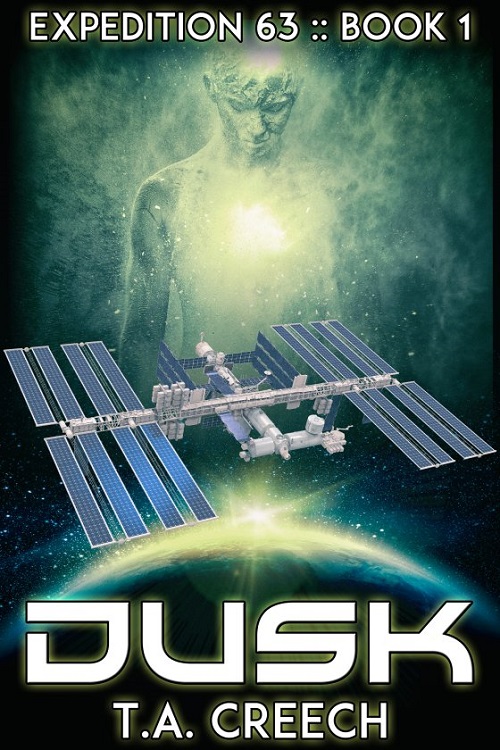 When contact is lost with Mission Control, Commander John Dennington isn’t overly concerned. Such hiccups in communication are common. The first inkling of the larger problem occurs when he sees the very shape of the world change before his eyes.

END_OF_DOCUMENT_TOKEN_TO_BE_REPLACED