Hi guys! We have Terry O’Reilly stopping by today with his new release Love Or The NFL, we have a great excerpt and a brilliant giveaway so check out the post and enter the giveaway! ❤️ ~Pixie~ 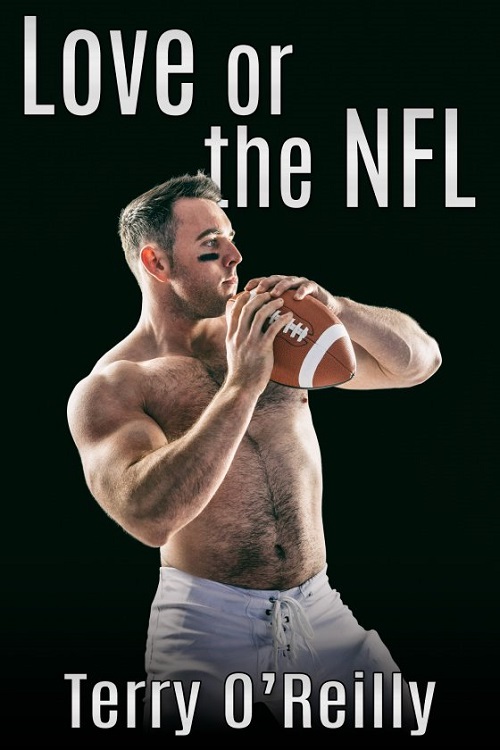 Love Or The NFL

Gymnast Frank Bethune arrives on campus already enamored with the star tight end, Bill Billingsly. Although the chances of them meeting are slim, fate draws them together, and their friendship turns to love.

Ever since childhood, Bill has dreamed of playing professional football. Though high risk to his potential career, Bill would seek out clandestine encounters with other guys when and where he could, but the first time he spots Frank, Bill knows he is someone special, someone he could possibly share a life with. If he’s drafted, will Bill and Frank be able to continue their closeted relationship, running the risk of discovery? Or will they have to part company for the sake of Bill living out his dream?

Bill knows he’ll need to use all his considerable skills learned on the field to score the life he wants off of it, too. Either way, is happiness even possible when it’s the NFL vs. love?

END_OF_DOCUMENT_TOKEN_TO_BE_REPLACED END_OF_DOCUMENT_TOKEN_TO_BE_REPLACED

Blurb: Raised in an orphanage after being found abandoned on the London docks as a newborn baby, without a known last name nor date of birth, Theodore has but one friend, Seth, a fellow orphan. Destiny takes Theodore away from Seth and back to the sea when he comes of age and is found an apprenticeship on a vessel in the English merchant navy.

Thor, as he becomes known aboard ship, soon falls for Miguel, the handsome boatswain. However, his life is turned upside down when their ship is raided. Miguel is torn from his life and Thor is taken hostage and forced into the life of a pirate aboard The Dragon. Both attracted to and repulsed by the evil Captain Wyvern, Thor finds the large dragon tattoo — the symbol of the rank of the ship’s captain — taking hold of him and binding him to the man.

Fate intervenes once more and Thor is elected captain of The Dragon when Wyvern is killed during a raid. Dismayed by Wyvern’s ruthlessness, Thor is determined to show humanity to those vessels his crew plunders now that he is in charge. But despite his growing wealth, power, and reputation, Thor is restless and unfulfilled. He feels his life is not yet complete and somehow reaches beyond the decks of the pirate ship he now captains.

A raid on a Dutch merchant ship brings yet another twist to Thor’s life when someone from his past is found on board. Thor now has to face hard choices, the most difficult of which involves deciding if he can leave the sea and make a new life on land with his rediscovered love. But with a price on his head and a large tattoo of a dragon on his body, can Thor escape his past life of a pirate?

Review: I love a good pirate story, and this is a great one! This fantastic read contains some dubious consent, some D/s scenarios, and a whole lot of adventure, bonding, love, and dedication.

It all starts out in a rather Dickens’s-like atmosphere, where an orphan finds work aboard a sailing vessel, and we know that experience will quickly make him into a man. Pirating eventually brings a better experience to Thor than sailing under His Majesty’s ships does, but when it his turn to lead, will he be swayed by greed, or will he lose what is most dear to him?

This story is packed with swashbuckling, looting, lost loves, highly charged sexual encounters, fear, disappointment, and forgiveness. There are moments sailing along with this adventure that I shouted, “No, not after all this effort, you can’t do this to him!” out loud, to a room full of family members. Yes, I was that enthralled. It really ends on a Moll Flanders flair, but if I say any more I give it all away.

I highly recommend this colorful sea-bearing story from Terry O’Reilly!