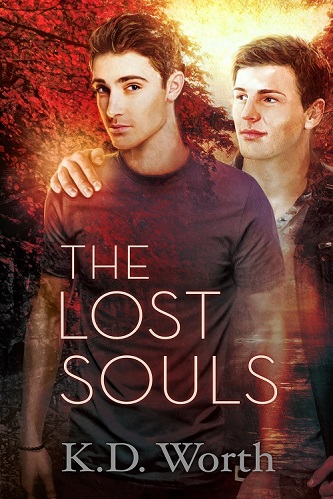 Blurb: Teenage grim reapers Max and Kody are already dealing with being dead… and now they’re expected to save the world.

Review: Max and Kody will have to face their fears and overcome them to help the lost souls they are destined to help. The path is not easy as both struggle individually. I liked the story but at times I felt it was repetitious especially when explaining the crossing over aspect. I loved how Kody and Max grew as a couple and truly learned how to use their powers in unison.

Max struggles with the absence of his best friend and the thought of losing Kody. Kody struggles with his fear of the shades. Together with help from Slade and their friends they discover love is greater than any fear they could have. They grow closer as the story progresses.

An enjoyable read about reapers and those they are tasked with helping. 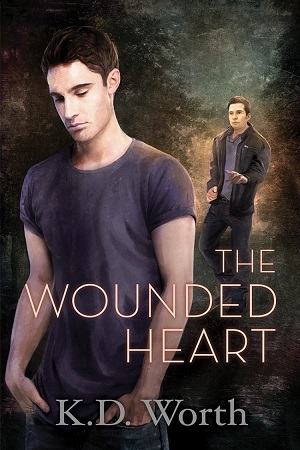 Max and Kody never really figured life out, and their afterlife isn’t proving any easier. They were supposed to live happily ever after, escorting souls to heaven for the Big Guy—as in God—but then their boss, the mysterious angel Slade, delivered some shocking news about the undead.

Their afterlife just got a lot more complicated.

The appearance of the undead shades can only mean one thing: wraiths—the malevolent incarnation of stranded spirits. But what do they want with Kody? If that wasn’t enough for Max to worry about, Slade makes a cryptic remark about the end of Max and Kody’s relationship—and Max already resents the time Kody spends with Slade.

Kody’s family is still reeling from his death, and his sister is spiraling out of control. She blames their mother, religion, and God. When Kody and Max form a plan to help save her faith and her heart, it could bring the wraiths into the mortal world… and the boys might not have the power to fight them.

Only love can push back the darkness and heal the wounds in their hearts. But sorrow and confusion might drive a wedge between Max and Kody when they need most to stand together.

Review: As with the first book I was thrown with this story. A lot of this story is about Max and Kody worrying about this or that which grew tiresome to me. I was honestly expecting a more action packed book as the setup was given in the first story but it seemed this story was a continuation of a set up.

There is only one action scene and it seemed as though nothing was answered when it ended. So overall this another emotional story about Max and Kody. Some scenes were sweet some were tense. Slade was still his secret self. I seriously hope in the next book this story moves along further than it has.

Too many questions have been left unanswered. I feel as though I’m being strung along, fed bits and pieces of a larger plot so I am looking forward to answers. 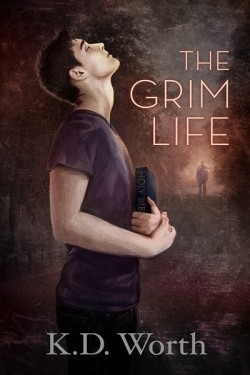 After dying on prom night, Max was recruited by a mysterious tattooed angel named Slade to join a group of teenage reapers. Cocky and sarcastic, Max thinks he has his afterlife together, but the moment Slade assigns him to his first suicide case, everything changes.

Christian college student Kody Michaels is struggling to make sense of his life and his faith. After a failed suicide attempt at an antigay camp, Kody is determined not to fail again. Tired of disappointing his family and God, he is going to end his life once and for all.

But in a split-second decision, Max saves Kody—defying the rules of a reaper.

Max believes his only concern is convincing Kody that God loves him just the way he is, so he can save him from a hellish afterlife as a shade. Little does Max know, some shades have found a way to walk among the living as wraiths. These evil wraiths know Kody has been slated for death, and they have another, darker purpose for him.

Max has only one night to save Kody before one of Slade’s team finishes the job Max lacked the courage to complete.

Review: I have to say this story threw me when I started reading it as I never read the blurb. I only saw the genre so snapped it up. I was not expecting a story of a character, Kody, who attempts suicide only to be saved by Max, a reaper who died when he was sixteen. The religious aspect and those that seemed to hound Kody for his lifestyle really made me sad.

Kody’s mom just pissed me off at first when she sent him off to a camp to be cured from his gayness. His dad seemed to do whatever his mom told him. This is an emotional story of Kody, eighteen, who just wants the hurt and pain to go away. my heart went out to this young man and I kept yelling that it will get better you just have to wait it out.

I was glad Max was there for him. The other thing to the story is Max and his group of reaper friends and the supposing battle with the others in the paranormal realm. His leader Slade is vague when it comes to questions about this subject.

All in all it was an interesting and emotional read.