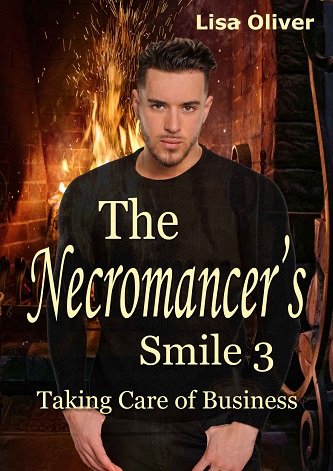 Blurb: When Sy learned that Connor, the young familiar who’d been staying with him, had been captured, he knew immediately that he could find him. After all, what use was it, him being a Necromancer, if he couldn’t locate lost souls. The fact he was hosting Dakar’s parents at the time, shouldn’t have made it an issue. After all, they were pack orientated and understood the need to bring a family member home. Didn’t they?

Dakar had been a loving son for fifty years, so when his mom pitched a fit at him, for being part of the efforts to bring Connor home, he was a wee bit annoyed. Unfortunately, he had bigger things to worry about. A demon had set his sights on his mate, and while that wasn’t as unusual as you might think, this particular demon came with complications.

Everything is coming to a head for this unusual family. A wicked sprite, an off-course priest, and a demoness who isn’t all she appears to be are just some of the hurdles Sy and Dakar will have to cross before they finally get their HEA. And what was a dragon doing in the middle of a field?

Review: This trilogy covers the same romantic couples as well as a couple others. To follow the amazing story I would suggest starting with book one. However there is some history of child abuse that shows up in the story so if by chance it is an issue with you, well you might not want to read it.

Luther’s, yes the devil, son is up to no good. He wants Sy to help him raise a army of the undead. To bad that isn’t going to happen but his attempts to get the guys to try is quite interesting. Dakar’s parents are showing their ugly side and need to get their asses kicked. Connor is a cutie that might get a surprise in the end. Clive and Steve are going strong and damn if they are not cute. Wait to see who is the new police captain, lets just say damn he is hot.

This story has the magic flowing, ghouls showing up, demons loosing their minds, and stuck up magical users. There is danger, excitement, twists, and the guys have it handled. It is a fast paced story that will keep you on the edge of your seat. It is a story that has been well developed and told with the perfect flow of feelings. I liked how the guys are getting together and love is flowing.

I had a lot of fun reading this and can’t wait to check out the rest of this author’s work. I would definitely recommend this story. 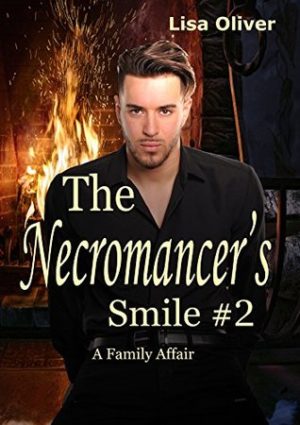 Blurb: Necromancer Sy York and former Detective, Alpha wolf Dakar Rhodes are slowly learning to merge their lives together as true mates. With the steadfast Brock and loyal Brad, as well as Connor and Clive all sharing the estate with them, for the first time in his life, Sy feels as though he has a family around him.

But just as Sy’s starts to get used to his new life, an uninvited guest to his party brings trouble to the family group. Sy’s father has been scheming in the background for ten years and arrives complete with Sy’s new bride. Just as Sy remembers from when he was growing up, his father flatly refuses to accept Sy and Dakar’s mating and an angrily thrown power ball is just the start of the couple’s problems. To add mayhem to a volatile situation, Dakar isn’t handling the threat to his mating very well.

Dakar knew Sy was more powerful than him from the moment they met and has told himself a dozen times a day it didn’t matter. But a person’s inner thoughts have a way of exposing themselves, especially when magic users are involved. Angry and frustrated, Dakar lashes out – could this be the end of his and Sy’s mating before it even has time to settle down?

Ghostly grandfathers, scheming family members, new mates, and a meddling mother in law; this book has it all. Please note this is the second book in The Necromancer’s Smile trilogy. The Epilogue in this story is the prelude to book 3 and starts the thread of a new plot line. Because of this some might say that this does end on a cliffhanger although the story line in this book is resolved. You will need to read book one before reading this story.

Review: Each book in the Cloverleah Pack collection features our sexy necromancer Sy and his wolf mate Dakar as well as Brock and his sexy bear shifter mate Brad. This story is a continuous of the first book so you really need to read the one first.

Sy’s family is starting their crap and things are going to heat up. It would seem his dear old dad has brought an evil twit female for our sexy necromancer to mate with. Too bad the old fart is going to have to come to terms with the fact that Sy is mated. The problem is he is not getting the message and wants Dakar dead.

To top it off something is seriously wrong with Dakar and boy his attitude sucks. They are going to need gramps to come back from the dead to help.

This is one of my favorite stories that involves necromancers. I have never been a fan of them but this author just draws you in with Sy. This story caught my attention from the start and kept it all the way to the end. It gave me everything I could possibly want in a book. Action packed, excitement, danger and some hot sexy times are just a few things you get. 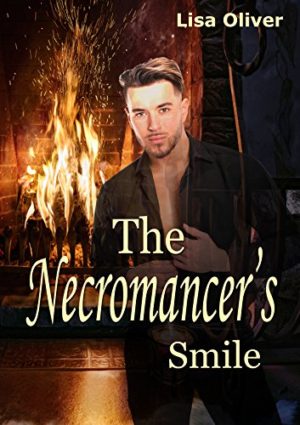