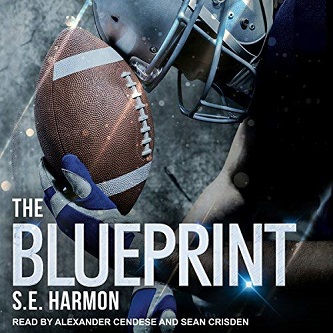 Blurb: Kelly Cannon is satisfied with his life. He has friends, a wonderful family, and a great job. But his love life has reached a new level of pitiful. Why? Well, his heart decided to break all the rules. Don’t fall in love with a straight guy. And definitely don’t fall in love with your best friend.

NFL standout Britton “Blue” Montgomery has pressure coming at him from all sides: from his father, who’s only interested in Blue’s football career; from his coaches, who just want him to play without getting injured again; from the fans; from his agent; and from his mother, who has popped up on the radar after leaving his family years before. And now his relationship with Kelly is on shaky ground, and that frightens Blue more than anything.

When Kelly admits he’s in love with Blue, bonds are tested, and Blue has to decide what’s really important. He doesn’t want to lose the number-one person in his life, but the cost to keep Kelly close might be more than he’s willing to pay. It’s a good thing his nickname is the Blueprint – it’s time to draft a new set of plans.

Review: The Blueprint is the first book in SE Harmon’s series, Rules of Possession. I am sort of familiar with Harmon’s work but right at this moment, other than knowing that Harmon’s work doesn’t stick out in my mind as an author whose work I haven’t enjoyed in the past that was it. For me I was attracted to the fact that this was a professional sport MM romance, which I’m a sucker for.

The story starts with Kelly Cannon. He is happy with his life, except when it comes to his romantic life, because things are just not going right for him there. He can’t keep a relationship going and he knows exactly why, as do his exes. He has a boyfriend and while they are good together, he doesn’t see the man as his happily ever after, he already knows that the man tries to control him and doesn’t listen to him either. Things come to a head when Kelly is proposed to for the whole world to see and Kelly feels that he can only say yes, only to have the difficult conversation on their way home. And so, once again facing life as a single man and after an argument with the man who had so briefly been his finance, Kelly once more has to face the fact that he is in love with his best friend, a very straight NFL player. Kelly knows he needs to change his life because he knew that he would end up lonely and miserable if he keeps pining for a man that could never want him, ever. However, when he tries to make distance between himself and Blue, something in Blue snaps and he too makes some decisions about his life and Kelly’s place in it.

Blue, real name Britton Montgomery, is nicknamed Blue because his college football coach called him “The Blueprint” of the team. He is an amazing football player and even though he is getting older, he still has some years ahead of him. He is, in short, living the dream. But that changes when one night when he sees that Kelly’s boyfriend proposes to him very publicly and instead of congratulating his friend, he is left very worried about the man. Pushing himself back into Kelly’s lift starts a roller coaster that could end up very rewarding for both men, or it could the undoing of the men, professionally and/or personally.

I’ve left the narration to the end of the review on purpose. I really liked the production and the performances of this audiobook. Alexander Cendese, who I am not familiar with, narrated chapters from Kelly’s POV, while Sean Crisden, who I adore, narrated Kelly’s chapters. Both narrators did a fantastic job. Their voice and tones were matched perfectly to their characters and I happily listened to their performance all day at work. Cendese captured Kelly’s warring emotions as he tries to get himself together before things with Kelly start to change. Crisden then did an equally excellent job with the chopping emotions of Blue as he reassess himself as he comes to certain realisation regarding Kelly and how much he knows he did not want to lose Kelly from his life.

Overall, I really loved the book. It was fun, it was sexy and loved the chemistry between Blue and Kelly. I really felt the emotion and particularly felt connected to Kelly as he tries to navigate his way through love and facing the fact that he is in love with his straight best friend, before that changes once more. Yet I also felt Blue’s emotion as he is forced to reassess his personal beliefs about himself as a person. This wasn’t particularly intense or angsty, but I love how the characters have to traverse a somewhat rocky path before their happy for now ending. I look forward to the continuation of these two characters in the second book of the series.

This isn’t a gay for you book, per se, however, if you like a friends to lovers type of story, as well as the professional sports setting, this would be a great series to start.