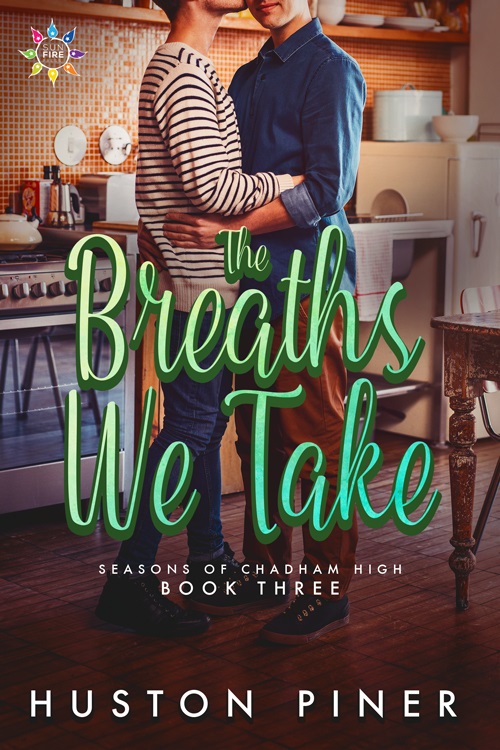 The Breaths We Take, Huston Piner © 2018, All Rights Reserved

There are certain days when everything just seems to come together. Then there are those days when things all fly apart. Well, there’s also the kind when things begin to change. For me, a sunny day at the start of my junior year of high school was such a day. It began like any other, but before it was over, my life had taken a turn, and soon, everything—from my relationships with friends and family to what I thought I knew about love—would be changed forever.

So there we were, at one of the tables outside the lunchroom, just back from Labor Day weekend. Doris and I were sitting across from Hope and Ted, all of us soaking up the sunshine. The wind was a little gusty, but nobody was complaining. At least it drove the stench off. (Only Chadham High would put the dumpsters right around the corner from the school’s one outdoor eating area.)

I cut Ted a reproachful glance. The only shaker was two tables away.

“Why am I always the one who has to get the salt?”

Hope flicked sandy-brown bangs out of her face. “Such as making sure you find the right guy to hook up with.”

“Oh come on, Ben. You know when the right guy comes along, we’ll all chip in to help you get him.”

“Yeah, yeah, like that’s ever going to happen. Here. At Chadham High. In this lifetime.”

Doris nudged me in the side. “You’ve just got to be patient.”

“Patient? My high school career’s already halfway over, and I’ve got nothing to show for it. ‘The right guy.’ At this point, I’d be happy to have any guy show even a hint of interest in me.”

I hadn’t even finished speaking when Grant Framingham shuffled past us. Doris raised a sarcastic eyebrow and snickered, watching me grimace at his weasel-like nose and mousy brown hair.

“Uh, no. On second thought, I’ll wait for the right guy.”

As if on cue, Colby emerged from the lunchroom, that luxurious ebony hair of his floating in the breeze, those dark-chocolate eyes gleaming in the sunlight. My heartbeat quickened, and my skin tingled at the very sight of him. He was so hot you could get burned by just touching him—not that I’d ever had that opportunity.

I watched him pass us, my shoulders slumping, while various fantasy images danced through my head.

Okay. The truth was, maybe I did whine a bit—every now and then. But whining just came with the territory when you were seventeen years old, gay, and devilishly handsome, and you had about as much chance of finding a boyfriend as winning the lottery.

My problem was a question of demographics. Chadham High was one of those places where everybody fit into neat little boxes. We had the snotty I’m Involved in Everything and All the Teachers Love Me association. Then there was the I’m a Jock and I’ll Punch Your Face if I Want To crew. We had the obligatory I’m Smart and You’re Not guild, the My Religion Says You’re Going to Hell congregation, and any number of the I’m a (fill in the demographic group of your choice) and I’m Better Than You societies. And of course, what self-respecting high school would be complete without the Dude, Pass that Joint tribe? As for the rest, they all fell into the Please God, Just Let Me Live Long Enough to Get Out of Here nation. That’s the box Ted, Doris, Hope, and I were all in.

But what we didn’t seem to have at good old Chadham High, at least as far as I’d been able to tell over the past two years, was more than the one lone gay student—me. Now, they say statistically, at least five percent of any given population will be homosexual. That meant there should have been about a hundred or so young gay people running around, and therefore, at least a few of them should have been healthy gay males. But if there were any other queers at Chadham High besides me, I’d long since come to the conclusion they were masters of disguise. I mean, sheesh. Talk about keeping a low profile.

I plopped my elbow on the table and cupped my chin in my hand. “Why can’t any of the beautiful guys around here be gay?”

“Well,” Ted said, “good looks are God’s compensation for not giving us straight guys a good sense of fashion.”

Doris leaned back in her chair with her mouth hanging open and stared at him.

She burst into a fit of laughter, and Hope and I snickered.

Ted ignored her, stretched for the shaker, and sighed when he had to half stand to reach it. Then he unceremoniously dumped an ungodly large mountain of salt on his food.

“Ted, I swear you’re going to give yourself a coronary.”

He raised a sodium-laden fork to his mouth. “It’s the only way I can stand to eat this crap.”

She shook her head as Hope picked up the shaker and poured a liberal mound of salt onto her own plate.

“You know, you could just get an apple or an orange.”

“Even the fruit here stinks,” he said through a mouthful of whatever it was he was eating.

He was right. I glanced at the orange peel lying in my tray. There’s sour, and then there’s sour, but the sour in that orange had just been plain off.

Doris twiddled a strand of wavy black hair. “Has anybody had any luck finding something for their community service project?”

“I was hoping to do the Y,” Hope said, “but they told me all their volunteer openings were already filled weeks ago, and they’ve got a waiting list a mile long.”

“Yeah,” Ted said. “I got the same answer when I called the city park service Friday afternoon. Apparently, the school board didn’t take into consideration there are only so many volunteer positions available in Chadham County. Adding juniors and seniors to the number of underclassmen already required to do CS was an idea bound to fail.”

“Well,” Doris said with a grin, “I’ve got mine all set and ready. I talked with my priest, and she said I could help out preparing the Saturday meals-on-wheels plates.”

“Hey,” Hope said, “do you think I could help out there too?”

“I can ask. I don’t know how much help they need though. She told me they’ve got a pretty large group of people working it. But yeah, I’m sure they’ll let you. And even if they don’t, if I drive you there Saturday, they’ve at least got to give you credit for the time you’re there with me.”

Hope smiled. “Cool. What about you, Ben? Are you having any luck?”

I folded my arms and sighed. “Oh yeah, I’m having great luck—all of it bad. Last week, I went to city hall, and they said no to everything, even the neighborhood beautification program. Apparently, you’ve got to have some kind of advanced degree in agriculture just to pull up weeds around here. And Saturday, I even checked out the library. Nothing.”

“Well,” Doris said, “you’d better come up with something. Two hundred hours is a lot of time to fill, especially if you’ve got to limit it to weekends and after school.”

Hope patted him on the wrist. “Aw, I’m sure you’ll both find something.”

I scoffed. “Tell me something, Hope. Your middle name wouldn’t happen to be ‘Springs Eternal’ by any chance, would it?” 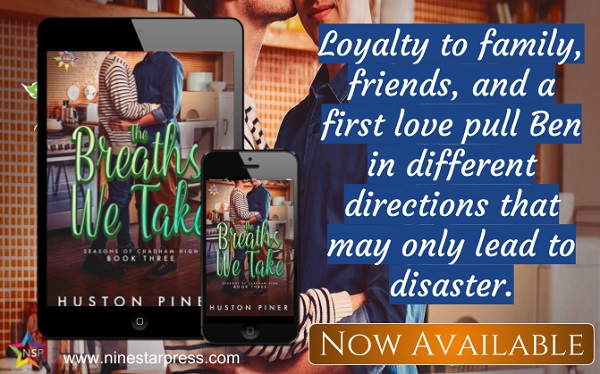 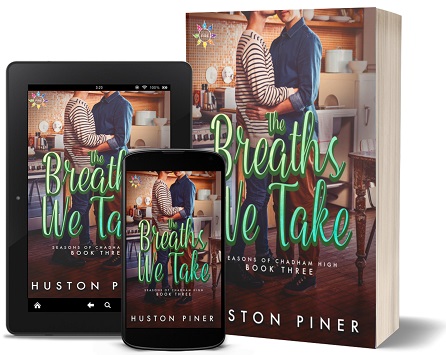