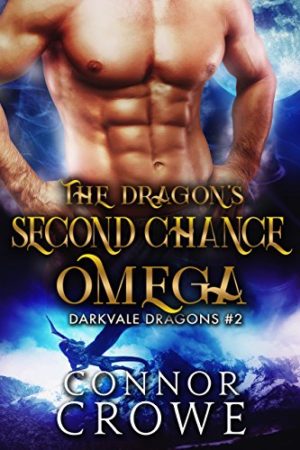 Blurb: An Omega With A Secret…

Nikolas Lastir remembers. A night of passion with his lover turned into an inferno of fire and death. In the chaos he was separated from his partner and imprisoned by the enemy. What neither of them expected was for their midnight tryst to leave Nik with a secret baby. Raising a child alone is hard. Reuniting with his lost lover who doesn’t know he’s the father? That might be even harder.

Peter Marlowe has been through hell and back. He lives on blood and battle to numb out his past, but the past has a way of catching up. Returning home after five long years, he comes face-to-face with the life–and the mate–he left behind. But the war isn’t over yet. As a mysterious new threat looms, can they find their way back to one another?

Can love bloom a second time?

The Dragon’s Second-Chance Omega is the second book in the Darkvale Dragons series. Each book follows a different couple but should be read in order for maximum enjoyment. You’ll find within these pages smoking-hot dragons, second chances, knotting, flower crowns, and the most awkward intimate moment ever witnessed by a nurse. If you like your mpreg with spice, danger, and a rich fantasy world, clear your calendar and click ‘buy now’–you’ll be turning pages until the end.

Review: For five years Marlowe has not known what happened to his mate Nik when the enemy took over Dragonvale. Now Marlowe and his clan battle to take back what was theirs. After the dust settles they realize there are homes enchanted to keep people prisoner. In one he discovers his mate. Not only that he also has a daughter.

Nik is bitter and angry that Marlowe never came for him. What I did not understand was why Marlowe cut off his link to Nik after Darkvale was attacked. Maybe if he didn’t he would have known Nik was alive and a prisoner.

I liked that Nik took his time to sort out his anger and angst at Marlowe. Aside from these men reuniting they discover a tunnel connected to Darkvale that is not part of the original ventilation system.

Drama, action, suspense and mystery are all in abundance in this intriguing addition.