Hi guys! We have Anna Butler stopping by today with the tour for her new release The God’s Eye, we have a great exclusive excerpt, Shorty’s review and a brilliant $20 Amazon GC or an ecopy of The Gilded Scarab giveaway so check out the post and enter the giveaway! ❤️ ~Pixie~ 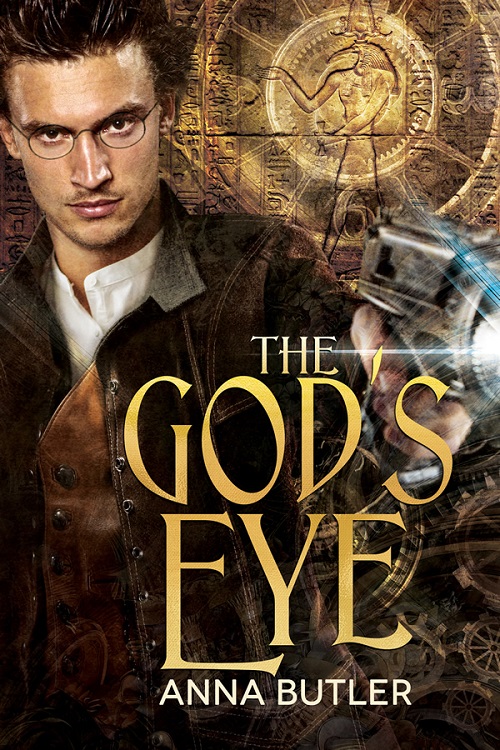 Rafe Lancaster is reluctantly settling into his role as the First Heir of House Stravaigor. Trapped by his father’s illness and his new responsibilities, Rafe can’t go with lover Ned Winter to Aegypt for the 1902/03 archaeological digging season. Rafe’s unease at being left behind intensifies when Ned’s fascination with the strange Antikythera mechanism and its intriguing link to the Aegyptian god Thoth has Ned heading south to the remote, unexplored highlands of Abyssinia and the course of the Blue Nile.

Searching for Thoth’s deadly secrets, Ned is out of contact and far from help. When he doesn’t return at Christmas as he promised, everything points to trouble. Rafe is left with a stark choice – abandon his dying father or risk never seeing Ned again.

Outside, the treetops in the garden tossed about in an unseasonable east wind, their leaves glinting where the bright sunshine caught them. At length my father stirred, giving himself a little shake, and straightened in his chair. “We’ve dilly-dallied long enough. My doctor’s expression grows graver by the day. My heart is failing, Rafe. I think we can agree I am unlikely to live more than a few months. Time to grasp the nettle.” His gaze held mine, his eyes, a darker brown than my own, steady and yet fierce. “You need an heir.”

I know my mouth opened to respond, because I felt the air whistle over my teeth with the sharply indrawn breath I took. But I found myself mute. With horror.

“You didn’t want to be First Heir or deal with the House at all.” He smiled then, the usual wolfish quality missing. “But as I said to you when John died, I know your sense of duty and honour won’t allow you to stand aside and see the House suffer. I’ll go easier to my grave if I know the succession is assured. That, my boy, is your greatest duty and responsibility.”

I flapped my hands about in lieu of speech.

“I have several candidates in mind. The Flegeoure’s youngest girl is a possibility. She’s seventeen, I believe, and considered quite a beauty.”

Indignation restored my voice. “Seventeen? Almost half my age! Barely out of the schoolroom!”

“All the better to train her up. Most of our leading Houses have ladies of marriageable age. The Gossoon has three, I believe—”

“I refuse to countenance a father-in-law whose title is the Gossoon. Ridiculous name. Besides, he’s allied to House Pannifex, and that wouldn’t go down well with Gallowglass.”

He smirked. The wily old devil lived and breathed the politics of House alliances and enmities, and he didn’t need me to tell him Gallowglass and Pannifex were in a state of polite enmity. I’d wager he’d mentioned the Gossoon’s girls to soften my defences.

He laid a piece of foolscap onto the desktop, swivelling it around so I could read it. A long list of names in his neat script, broken into groups. “Every eligible lady available on the marriage mart. Consider them, please.” A thin smile. “Although I agree you may discount Pannifex allies.”

The Houses were rich in daughters. Every Minor House—Houses Manstreler, Pargeter, Corvinor, to name but a few—had female offspring to spare. But they weren’t my father’s primary objectives. The ladies from the eight Major Houses, the Convocation Houses, headed the list. Sofia Winter’s name was first.

I was acquainted with Ned’s siblings, of course. His brother, Theodoric, was in his late twenties, a serious young man devoted to the family business of managing the Imperium’s finances. Sofia was barely in her twenties, about my sister Eleanor’s age—a pretty, softer version of her brothers, with the same hazel eyes and flaxen hair. Their unusual Nordic names were in honour of Madame Gallowglass, I believe, who was descended from an aristocratic Swedish family. They had all inherited her blond Nordic looks, in any event.

My father tapped a fingernail against Miss Winter’s name. “My preference, of course. No alliance could be more glittering or more strategic. Your close friendship with Ned Winter needs to be consolidated, and you could do no better for our House than to make a marriage alliance with Gallowglass. You could thumb your nose at the Cartomancer with impunity. At the entire Imperium, for that matter.

“Mark me well, Rafe. I want you to escort Sofia Winter to the Cartomancer’s bal masqué and do your level best to win her. You need an heir before my time runs out.” The Lancaster’s Luck series – which is best read in sequence – charts the adventures of Rafe Lancaster, ex-aeronaut and pilot in Her Britannic Majesty’s Aero Corps. After being shot down and injured in action during the Boer War in 1899, Rafe’s unable to continue as a fighter pilot.

Returning to London, hard up and looking for a new career, Rafe buys a coffeehouse close to the Britannic Imperium Museum in Bloomsbury where he meets love of his life, archaeologist and First Heir House Gallowglass, Ned Winter.

The Gilded Scarab was a finalist in the Romantic Times Reviewer’s Awards, and nominated for the Independent Publishers Book Awards in 2015.

Ned’s excavation at Abydos, Aegypt, faces disruptive tricks and pranks that develop into a real threat to their lives, all seeming orchestrated by the god Anubis. When the life of Ned’s young son is on the line, Rafe carries out a daring rescue attempt and learns the shocking truth about his own heritage. Once Anna was a communications specialist with several UK government departments. These days she’s thankfully free of all that, and writing full time. Anna lives in the depths of the Nottinghamshire countryside with her husband and the Deputy Editor, aka Molly the cockapoo, who’s supported by Mavis the Assistant Editor, a Yorkie-Bichon cross with a bark several times bigger than she is but with no opinion whatsoever on the placement of semi-colons. 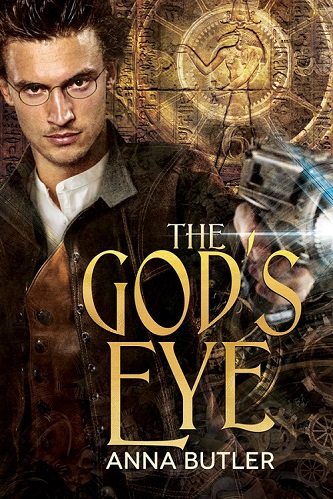 Blurb: Rafe Lancaster is reluctantly settling into his role as the First Heir of House Stravaigor. Trapped by his father’s illness and his new responsibilities, Rafe can’t go with lover Ned Winter to Aegypt for the 1902/03 archaeological digging season. Rafe’s unease at being left behind intensifies when Ned’s fascination with the strange Antikythera mechanism and its intriguing link to the Aegyptian god Thoth has Ned heading south to the remote, unexplored highlands of Abyssinia and the course of the Blue Nile.

Searching for Thoth’s deadly secrets, Ned is out of contact and far from help. When he doesn’t return at Christmas as he promised, everything points to trouble. Rafe is left with a stark choice – abandon his dying father, or risk never seeing Ned again.

Review: Rafe has a hard decision to make when Ned does not home for Christmas after leaving for an important archaeological dig. Rafe is concerned on many levels. Does he stay by his dying fathers side or does he travel to discover what happened to Ned and where he is at?

I don’t want to give anything away but I will say I was intrigued with Ned’s fascination. The circumstances surrounding the god Thoth were amazing. I was mesmerized by the details and the adventure.

I felt bad for Rafe and the predicament he finds himself in when things do not go as planned. Well written and engaging this story has it all.