Hi guys! We have Sean Michael popping in today with their upcoming release The Librarian’s Ghost, we have a brilliant guest post from Sean and we also have a great excerpt, so check out the post and enjoy! ❤ ~Pixie~ 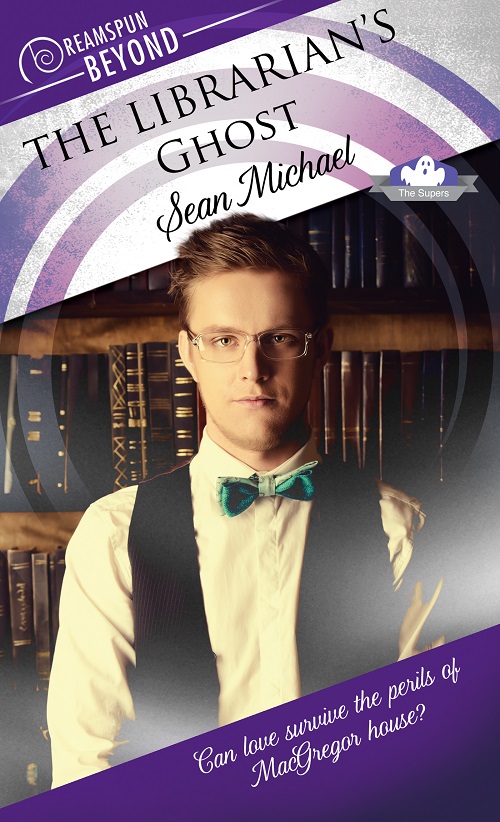 Can love survive the perils of MacGregor House?

One of my all time favorite authors is Stephen King. I read my first King book when I was sixteen. I was a shelver at the local library – my first job, which I got the moment I turned sixteen, as I’d tried to get a job there the summer before but I wasn’t old enough yet. I found all sorts of interesting looking books as I put the returns back on the shelves and one of them was The Dead Zone by Stephen King. I grabbed it and I was hooked.

Stephen King was the first author whose book I read literally put a chill down my spine (Pet Sematary, when the cat comes back up the driveway after being buried). He was the first author whose book I put down two chapters in because it was bedtime, only to pick it back up forty five minutes later and stay up until late in the night because I just had to finish it (Misery). In tenth grade English our teacher read a short story from King’s Night Shift collection and asked us to write our version of the ending to that story. I did, but I was so eager to hear King’s ending. Well, where the teacher had left off was where King had ended that particular story. And that was such a better ending than any of us had come up with.

So my history with King is long and deep. And while I have always admired him, I have always thought, there’s no way I could write a novel like any of his. And the Librarian’s Ghost is not a horror novel, but it is a ghost story within a romance and it has some horror elements in it because of that. In fact, I had to rewrite several chapters that I’d just written, because I’d found I’d slipped a little too far into horror.

What’s more, I enjoyed writing the story far more than I expected to. So the Librarian’s Ghost exists thanks to a lifelong history of loving to read anything I could get my hands on and my experiences with King, and with old-fashioned harlequins.

I hope you enjoy the book, and I hope it gives you a little boo along with the romance. FOR ALL the Wexford House was two stories with a warren of a basement, there wasn’t a lot of square footage. The Supernatural Explorers had examined the place thoroughly over the last three weekends, and Will Gregson felt like he knew each of the rooms inside and out. There was nothing new to find here.

It was definitely a creepy place. Old and abandoned with most of its original furniture after the owner’s family—four daughters, three sons, two of their wives, four grandchildren, and his wife—were all wiped out by influenza. That the old man hadn’t also died was a miracle. Or a curse, depending on which story you read. Rumor had it that his mistress had been a witch, and when he abandoned her, she protected him from the sickness that ravaged his family so that he would live the rest of his days alone and mourning. It was a nasty story, but one that persisted through the years.

The house was said to be haunted by Wexford’s family, which was why they were here. Sure, they were hoping to concentrate on “gay ghosts,” but there were only so many haunted places, so they were doing what they could when they could. Surely those types of cases would come, and when they’d made a proper reputation for themselves, they’d be called in from far and wide to check out gay hauntings. In the meantime, ghosts were ghosts, and they were happy to investigate, especially if the place was in the vicinity.

So far, the only thing they’d found at the Wexford House was disintegrating furniture and the bodies of various animals that had made their way into the place. Most of them had been dead for long enough that they didn’t smell anymore. Hell, plenty weren’t even identifiable. Though the one raccoon in the master bedroom had been fresh. Pretty damn gross. And while Will might have been morbidly fascinated with something like that as a boy, it wasn’t something he enjoyed now that he was a grown man.

The dust was playing havoc with his sinuses too. They’d disturbed a lot of it during their explorations. That they weren’t the first ones to do so had been apparent as well, and there were plenty of places where the dust was less thick in variously shaped spots—little circles and squares on the mantel and tables, spots where one might have expected to find various knickknacks. No doubt the place had been ransacked. Which sucked because when thieves stole pieces of history and the Supers—as they called themselves for short—couldn’t find any ghosts, they could have maybe found some interesting museum pieces. It appeared the Wexford place had neither ghosts nor artifacts, so they were doing one last run-through to make sure they hadn’t missed anything.

A low creaking noise sounded from upstairs, followed by tapping on glass. Will shivered. He knew it was the wind in the trees and the branches hitting the house—it was especially creepy when they tapped at the windows—but that didn’t make it much better.

“Let’s take one last sweep upstairs where that sound is coming from,” Jason suggested.

“Yeah, the master bedroom was the only place where I got any sort of hit.” Blaine led the way, moving slowly to try to mitigate how noisy the stairs were.

Personally, Will didn’t think there were any ghosts to scare off with creaking stairs, but it didn’t hurt to be as stealthy as possible. He avoided the big squeak on step three but managed to forget about the sixth stair until he was on it and it moaned beneath his weight. All four of his companions whipped around to stare at him, and he gave them an apologetic smile. He hadn’t done it on purpose. Blaine was clearly biting the inside of his cheek while Flynn and Jason chuckled nearly soundlessly. He grinned back and put his finger in front of his lips. “Shh.”

That set them all off, and they abandoned not making any noise in favor of their laughter and getting up the stairs quicker.

“Okay.” Blaine turned to face him once they’d made the upstairs landing, and Will focused the camera on his friend’s face. “We’re in the Wexler House for the last time. We’re hoping to communicate with what we think might be an entity in the master bedroom. Wexler’s wife and most of the children supposedly died in the very bed that continues to dominate the room. We have our EMF readers at the ready, along with the infrared filter on the second camera. If there’s anything to find, we’re going to do exactly that. Find it. Document it. Deal with it if possible.” Blaine turned back to peer into the master suite. “Will, why don’t you and Darnell go in and do a scan of the room? Then Jason, Flynn, and I will follow.”

Will nodded, keeping his voice off the audio, which would make it easier in postproduction. (Look at them, having postproduction now!) Despite the last few houses having been disappointing from a ghost perspective, the Supers were doing well. He focused on what the camera was seeing and stepped into the doorway. He did a long pan and scan from the door all the way around and back to it. He didn’t see anything that looked like anything but shadows on the floor and back wall, but he was filming straightforward shots. Jason or Darnell could be picking something up on the more sensitive equipment.

Blaine and Flynn came in last and spread out across the room, Flynn going toward the window where the tapping was coming from while Blaine headed for the bed where the deaths had purportedly occurred. Blaine had his head tilted in what Will thought of as his listening stance. He waited, following Blaine with camera, holding his breath as if the sound of his breathing would disturb Blaine at work.

They all waited, hushed and still, as Blaine slowly moved around the bed. Even the tapping at the window had ceased, an eerie silence settling around them. The tension built, and Blaine froze, leaning in to look at something, though Will wasn’t sure what. He certainly wasn’t seeing anything.

All of a sudden came a terrible groaning, making them all jump.

Flynn laughed, the sound a touch strained. “That’s the wind in that big willow.” The branches began tapping at the window again, stronger than ever the breeze picked up outside.

Blaine sighed and nodded. “Yeah, it’s nothing but the wind as far as I can tell.”

“The instruments are pretty damn quiet too,” Jason noted. “Do we need to go back to the basement one last time, or should we call it a night?”

“The ground is really uneven down there.” Will had almost twisted his ankle on the dirt floor, and Blaine had actually fallen when he’d tripped over an unexpected rise between rooms.

“I don’t feel anything at all, not even that small hint of something I felt the first time.” Blaine shrugged. “Not proof of a lack of ghosts, of course, but this is our seventh day out here, and we’ve had nothing on any of the equipment either.”

The sound of a stomach growling punctuated Blaine’s words, and they all laughed.

“When the scariest thing in the room is Flynn’s stomach, the best thing we can do is pack up and go get pizza.” Jason made his pronouncement and headed back downstairs, the rest of them trooping along after him.

Will kept filming until they’d not only left the house but were back at the van. Once there, he did one last panoramic shot of the property before turning off the camera and packing it up. 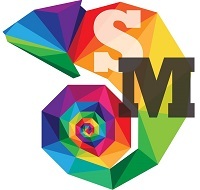