Hi guys, we have Jay Northcote popping in today with his new release Nothing Collection, so check out the post and enjoy! ❤️ ~Pixie~ 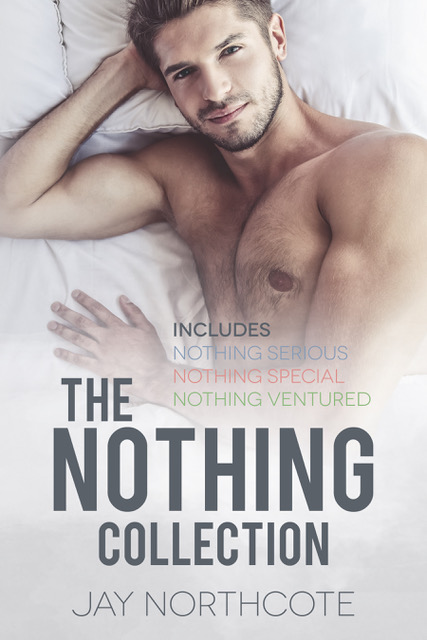 What happens when “nothing serious” turns into something more complicated?

Mark O’Brien is finally being honest with himself. His relationship with Rachel is over and he’s moving out of the home they’ve shared for six years. They get along, but he can’t fix a relationship when the person he’s with is the wrong gender.

Jamie Robertson, one of the removal men, is huge and ridiculously gorgeous, and Mark is smitten at first sight. When a cardboard box splits, revealing items of a personal nature that Mark never wanted anybody to see, he’s mortified. But it sparks the start of a beautiful friendship with benefits.

As Jamie initiates Mark into the joys of gay sex, the two men get increasingly close and “nothing serious” turns into something rather important to both of them. But communication isn’t their strong point. Will either man ever find the courage to be honest about his feelings?

Noah thinks he’s nothing special. Average height, a bit on the skinny side, and cute but rather geeky, he’s relentlessly ordinary. He certainly doesn’t expect to be noticed by Sol, the gorgeous dark-haired stranger Noah usually sees on his commute home.

When a friend persuades Noah to take a big risk in a bid to get Sol’s attention, things turn out better than Noah dared to hope. But Noah doesn’t believe he’s interesting or sexy enough to hold Sol’s attention.

enemies to lovers, sports, out for you, bisexual romance