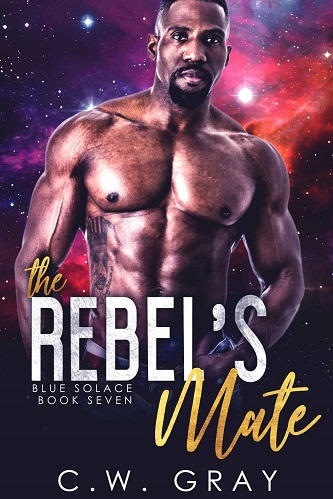 Blurb: Finn Sterling is still adjusting to becoming the lieutenant of the blue fleet of Charybdis Station. As an orphan on Cardinal Hold, he never imagined he would have a position of authority as an adult and the trust his friends put in him makes failure impossible. When he is given the monumental task to find a large number of missing Vextonians, he’ll take all the help he can get. When Finn’s journey brings him to his mate, he discovers that finding the missing is only one part of the quest ahead of him.

Aiden Crow has spent the last year consumed with grief and his search for vengeance. When he meets Finn, he knows instantly that the man is his mate, but what could he possibly offer the beautiful, smiling Cardinal? As the search for the missing draw the two men together, Crow realizes that the greatest risk he faces is losing his heart.

Crow and Finn must work together to gather information so they can find the innocent before they are lost forever.

Review: Each book in The Blue Solace collection features a different romantic couple. To enjoy the overall story arc and crossover characters, I would recommend reading the series in sequential order.

When Leti and Draif snuck on board of their ship many things have changed and for the good. Now Finn is lieutenant of the blue fleet. Charybdis station took him in many years ago but his life on Cardinal Hold had not been bad. He has now realized the woman that took him in and raised him, was in fact the only mother he had known and loved. She would never let him sell his body but taught him so much more. Now he was to find all of the slaves sold off and he needed the help of a man that stole and sold things.

Crow’s father had been killed because he did not believe those who had been in charge. He had believed all should be free, but Crow had not wanted to follow him. However when his father had been killed, his mother pretty much gave up on life and he wanted revenge. He helped Charybdis Station with details and in fighting. Now he was to help them find the missing slaves. He had not expected to find his mate. A mate that was leading the expedition.

This has been one of my favorite series to read and enjoy. The banter between all of the characters is full of humor and I had a blast with it. The worlds that was created to produce this story was full of energy, excitement, danger, adventure and lets not forget some hot sexy times. Out of all the characters I truly loved Leti, Sebastian, Fire and Beck the most. However Finn has soon become one of those characters. He was a blast to read and his reaction to meeting his mate was funny as hell. Those two trying to protect each other made for an interesting time. Crow was full of anger and hate for many and it did take him time to catch up with his mating, but you could see in him that he wanted it most of all.

I had a blast reading this and can’t wait to get my hands on the next story by this author. I was sad to hear that this will be the last book of this series but knowing that there would be stories that will connect to this was a plus. I can guarantee that this is one of those series that will be read many times over. I would definitely recommend reading this book.