Hi guys! We have Schuyler L’Roux stopping by today with his new release There’s Something About Pain, we have a great excerpt and a brilliant giveaway so check out the post and enter the giveaway! ❤ ~Pixie~ 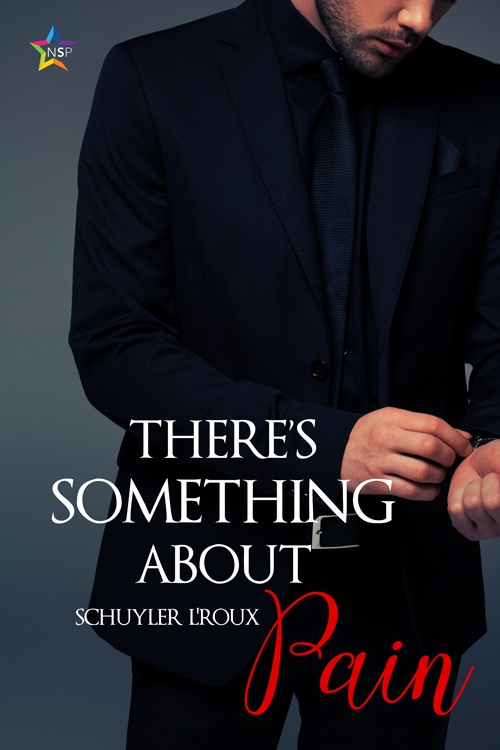 There’s Something About Pain

(There’s Always Something 02)
by

There’s Something About Pain, Schuyler L’Roux © 2018, All Rights Reserved

“What?” the bartender shouted, leaning over the bar as he filled a martini glass with an orange and pink concoction.

“I said we’re here to help our friend forget about some kilted motherfucker.”

The portly bartender with a pink Mohawk looked ready to shout a response after nodding that he’d finally heard, but the break in the music signaled they could resume regular bar-voice, which was elevated but without too much strain. He handed the short, dark-skinned man a martini glass after garnishing it with a pineapple slice and two mint leaves. “They break up or what?”

“Nah, a one-night stand. He’s some architect who flew in and seduced my boy before flying out and never calling like he promised.”

“Is he that easy to seduce?”

Abram leaned on the bar as he sipped his drink. He looked at Thom, who was sitting at the high top a few feet away, playing with his drink and only halfheartedly talking with the other two guys at the table.

“Probably,” Abram said, turning back to the bartender. “But the guy was six foot five, enough muscles to make The Mountain from Game of Thrones faint, and so much ink on his body he could petition to be an art gallery.”

Abram nodded. He sipped his drink and watched a new video flash onto the screen behind the bartender. It was a stark departure from the previous five videos that had all been loud pop mainstays. This video was black and white and featured two black men dancing on a huge set with a big band sound accompanying their gymnastics. “The Nicholas Brothers” was the only description given.

Revolver was a video bar in downtown LA with as many TV screens playing music videos as there were high tops for strippers. Abram’s crew was early enough that they’d beaten the strippers there, so all they had were the music videos and drinks. The dance video currently playing was older and didn’t have the inherent max volume of every song since 2001.

“So what happened?” asked the bartender.

Abram was staring so intently at the video showcasing two small dancers jumping down an outsized staircase by doing splits over each that he didn’t notice the bartender wave over his colleague, a tall, skinny black man with a diamond stud marking a permanent dimple.

“Like I said, a one night stand.” Abram upended the glass, munching on the pineapple as it fell into his mouth. “They bumped into each other for ice cream, but tat-boy blew off Thom. Next thing you know, Mr. Kilt shows up to where we’re dancing. So many sparks we should’ve been wearing… ponchos?”

“So,” Abram said lazily, finally looking at the bartender again. He paused at finding two of them, but not for long. “Amazing sex, talking, blah blah blah. Muscle-boy strolls out the door and never calls him.”

“Your boy never called?” asked the guy with the Mohawk.

“Thom’s the romantic sort. If prince charming said he was going to call, then by god he’ll wait for that call.”

“Seems a bit of a pussy,” said the skinny black man with a nametag that read HQ. “If you ask me.”

“Well, tell your boy Thom not to get too down. It’s Gerry’s MO.”

“Tall,” said HQ, holding up a finger as he went through the list. “Ginger. Muscles. Tattoos out the ass.”

“And on,” said Mohawk with a big smirk before moving off to take a drink order from an impatient looking man in a brown pinstripe suit.

HQ rolled his eyes. “He always goes on about that ass.”

“So did Thom,” said Abram. “He said the kilt didn’t do it justice.”

“And kilt,” HQ said with a flourish of his hand. “Only one guy I know in LA like that. Gerry—architect by day, stripper by night.”

HQ crossed his chest and supplicated the heavens. “Lyin’ I’m dyin’.” He leaned on the bar, eyeing Thom who had now moved on to playing with the orange peel in his drink. “You’d think a grown man would know you don’t play with an Old Fashioned—you drink it.”

Abram glanced back at his friend. “The puppy’s had his heart broken. Give ’em a break.”

“I’ll do better than that. You wanna know where Gerry is?”

Abram grinned, leaning in as well. “Fuck yes I do.”

“Over at Eagle Eye. Every Friday night Gerry puts on a show for all the leather daddies and whipping boys.”

“Especially when that kilt comes off.” HQ fanned himself, shivering through the shoulders.

Abram put his hand on top of HQ’s, pointing at HQ with the other hand. “You, my friend, just made this trip.”

HQ waggled his eyebrows. “You should thank me sometime.”

“I should, shouldn’t I?” Abram laughed when HQ nodded emphatically. He passed the bartender his phone. “First, I must instigate some character-inspiring chaos. Then, I’ll call.”

Abram clapped his hands and spun around, pivoting so quickly on his toes he almost fell over. “All right, Tommy Boy! We have a quest. Gather together, friends, to the Eagle Eye we go.” Abram squared his shoulders and marched out of Revolver, growling at a young blond man who was about to enter when Abram blew past.

“Did he leave us with the tab again?” asked Carlos, disgust written all over his face.

“Is the bartender waving at me?” asked Teddy, suddenly blushing. One thought on “There’s Something About Pain by Schuyler L’Roux Release Blast, Excerpt & Giveaway!”