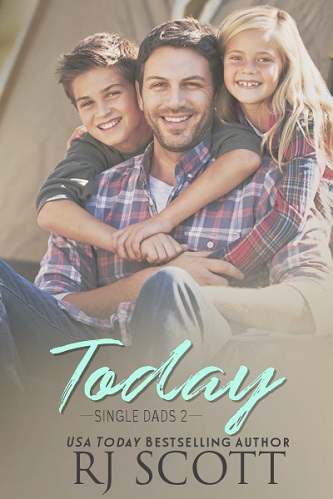 Blurb: Firefighter Eric is on the front line, battling the threat of nature’s destruction in the California grass-lands alongside his CalFire team. Focused and calm, even in the direst of situations, he has a strong affection for his fire truck, loves his career, and has best friends he can rely on. All he needs now is love, but that seems to be impossible to find. At his friend’s wedding. Eric falls in lust at first sight with the shy, slim and sexy Brady, even if Brady isn’t the type of guy he usually goes for. What Eric longs for is an equal in his bed, not a smaller guy who might want Eric to role-play big strong fire-fighter every time they have sex. He wants to find someone he can be vulnerable with, someone who will love him for his soft heart and quiet ways.

Brady’s life plans grind to a halt when his niece and nephew lose their parents in a tragic accident, and he becomes a dad overnight. His Developmental Coordination Disorder rules his life, but he fights both DCD and the fears that chase him every day, to give Maddie and Lucas a home. Agree-ing to go to a friend’s wedding is a decision he regrets long before he even gets there. But, he re-fuses to give in to his fear, even if he might do something that makes him a target for people’s comments and laughter. Meeting Eric, a huge man with a gentle voice and a flair for chivalry, he falls hard. Now, if only he can let himself get past his panic that Eric would never want someone like him, then maybe he could fall in love for real.

Review: Today is the second book in RJ Scott’s Single Dads series. I strongly recommend to read this story in order as there are a number of things about both MCs that we find out as we get to know them in their role as secondary characters in the first book. This particular series follows three smoking hot first responders in their quest for love who also happen to be best friends and have part shares in a house in San Diego.

RJ Scott is an author that I’ve only recently acquainted myself with and now will be more likely to give her books a go, now that I’ve found a connection to her writing style and characters.

Eric is a firefighter, he’s committed and passionate about his job and saving others. His best friends are Leo and Sean, who he part owns a house with. Sean has recently become engaged to their neighbour, a single dad with a baby that has her daddies and her Uncles Leo and Eric wrapped around her finger. It is at Sean’s wedding to Ash that he meets Ash’s friend, Brady.

Brady became an instant dad to his niece and nephew, Maddie and Lucas, when their parents were killed. Life as a gay single dad is tough when dealing with two kids who have lost their parents and are old enough to understand but can only cope as well as any child could. Add onto this that Brady has lost his sister and is heading towards becoming agoraphobic. He has isolated himself from the world because of his medical condition, DCD, a disorder that has affects his motor skills and makes him feel embarrassed, which has led onto a slew of other conditions such as anxiety. To an extent, Maddie and Lucas are quite good in tolerating Brady’s quirks, but Brady wants to be better. He wants to be a better dad, especially since he’s only a couple years away from navigating the teenage years and the kids are already moody (understandably).

Eric and Brady don’t exactly click straight away. Eric has a bit of a fight on his hands to show Brady the man he sees is worthy of love. Eric also happens to love kids, his annoyance when he first is sent to Brady rather than wrangling Sean and Ash’s daughter at their wedding tells the reader as much. And so he begins to bring something to Brady’s family that makes him impossible to ignore. The romance comes slow – both men have to deal with so much “stuff”, which is what makes this book feel real and relatable.

This is perfect for anyone that loves men and babies/children, single parents finding love and of course if you love a sexy doctor! I feel it ticks all the character traits that are irresistible for many romance readers. I really enjoyed reading the first book, Single, and so was looking forward to reading this one, likewise I am also looking forward to reading book three with Leo’s story.

Awesome and sweet romance, I look forward to Leo’s story which is coming up in book three!