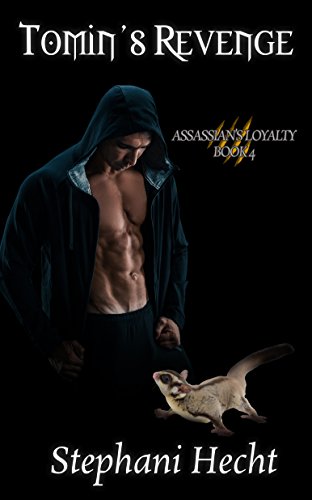 Blurb: Every time Tomin turns around, one of the leaders of the Assassin’s Loyalty is telling him how to do every little thing. How can he think anything but that he’s the screw up of the group? Maybe his master was correct, and he wasn’t good for anything.

Remus might be a sugar glider but he’s anything but sweet. That was beaten out of him at an early age along with caring for anyone other than his twin. Keeping to himself is the best for him since one day he’ll just disappear from the Loyalty.

When the threat of Tomin’s former master rears, the only thing that Remus can think of protecting Tomin at all costs. Can Remus overcome his walls to help Tomin get the best revenge? Proving to himself that he’s worth so much more than he ever realized.

Review: Each book in the Assassin’s Loyalty collection features a different romantic couple. To enjoy the overall story arc and crossover characters, I would recommend reading the series in sequential order. This is a branch off of the Lost Shifter series and Wayne County Wolves.

Stephani is one hell of an author. Her stories have amazing depth to them and the characters are drool worthy. The worlds she creates are one that I would love to live in. They just grab your attention and keep it there till the very end. She also gives you characters that have strength but not just physical. Some of her characters have been through hell and deserve the ending they get.

Tomin is a tiger shifter and an assassin. He is also one of the youngest so he has to deal with the leaders driving him nuts. He thinks that he is not worth anything but always ready to crack a joke. However his past always keeps stuck in his head. And now it looks like his past might be coming back to get him.

Remus is a sugar glider and a twin. He learned early on how to block certain things from his brother and one of them was the way he had been treated by their family. Or I should say one certain family member who wanted to teach them to be assassin’s. He feels like certain parts have been beaten out of him, and his emotions are one of them.

You put these two together and things are going to get real interesting. Now all they have to do is to stop the danger coming for Tomin and to get their hearts to realize that they are perfect for each other.

I think Tomin is one of the best characters that I have read for this particular series. There is just something about him, that even though he is an assassin he still has a big heart. He was taken down but got himself right back up. I enjoyed reading this book and can not wait to get my hands on the next book. Way to go Stephani, another hit with me.