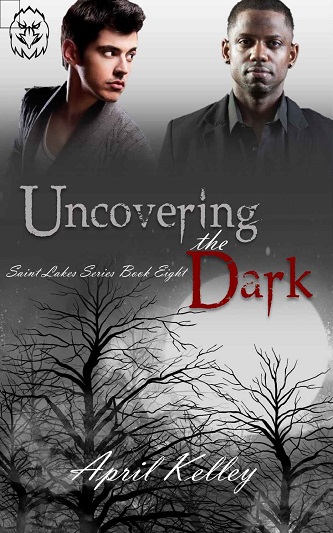 Blurb: To find his family, Damian’s forced to take a journey through his past and drag his mate long with him.

Working for one tyrant after another made Damian lose sight of what’s important. That is until he has a vision of his long lost siblings getting killed. To find them in time, Damian must do things he’s never done before, like rely on others and put his mate, Owen, into dangerous situations. He also must go back to the one tyrant he never wanted to face again. His father.

Review: Damian followed his mom’s advice. He gave himself over to his father, after he killed many of his father’s people, to save his little brothers. He learned to kill but in doing so he lost the hope of ever trusting anyone, except for his mate. Then he got a vision of his father finding his brothers and them dying. He needed to find them and keep them safe. The alpha of Saint Lakes decided Damian needed his mate to go with him.

Owen was a sweet eagle shifter and was falling in love with his mate. Even if his mate was a cranky vampire shifter who loved to kill. He has some major problem getting over that but he knows in his heart that Damian will be ok. They needed to save Damian’s little brothers but he also knows it will take the pack to do it.

It has been a very long time since I have read one of these stories so it got a bit confusing trying to figure out who was who. So the first thing I would stress on is to read the books in order. The characters were quite enjoyable, however Owen will be my favorite of all the characters in this story, although Damian’s brothers are adorable. The worlds that this author creates are always unique and fresh. The story will catch your attention until the end, well for me this is how it was.

I felt that the story dragged out a bit more than it was needed however fun as it was. I didn’t much care for the jumping from different characters as it did though. That was the only part that drove me nuts. It did have a darker tone then the previous books but was still good. Other than that it was an enjoyable read that I would definitely recommend.