Hi guys, we have Elle Keaton stopping in today with the tour for her upcoming release Unforgivable, we have a short interview with Elle, a great new excerpt and a fantastic giveaway, so check out the post and enter the giveaway! ❤ ~Pixie~ 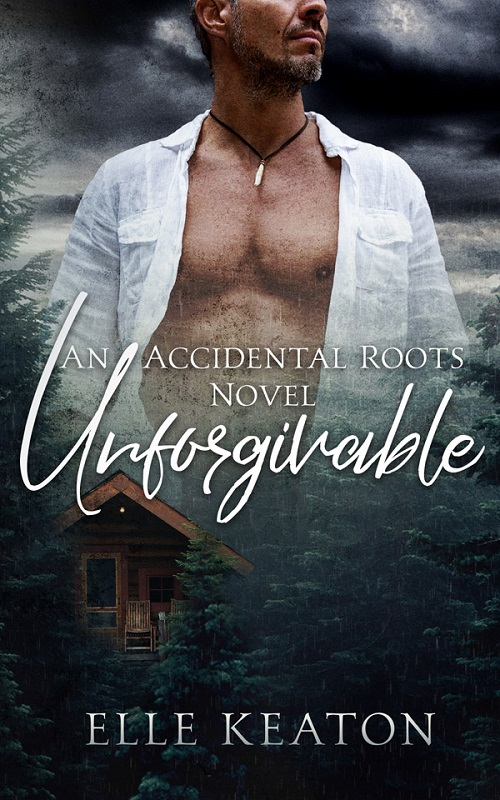 No one ever said it would be easy.

Running away from his messy divorce did not bring Ira Fragale the peace he sought. If he is going to get his life together he needs to pull up his big boy pants and take care of business. He’s been hiding out licking his wounds in Skagit for two years now, keeping his head down (except for the trail of twinks he’s left behind). Something’s going to give.

Cameron McCulloch needs to knock Ira off the pedestal he’s placed him on. Because he’s older doesn’t mean Ira has any clearer idea about life and the universe than Cam. Cam needs to focus on his own needs and forget about Ira, but he can’t. Bartending at the Loft is easy and he likes the community he’s fallen into since his family rejected him, but if he wants more out of life he’s going to have to go out and get it himself.

Ira didn’t choose Skagit at random, he came to the small city because events twenty years ago set him on his path on today. The mystery of his father’s murder may never be solved but Ira would like to lay his spirit to rest.

None of this explains the upswing of possible hate crime in Skagit. The small town has its share of trouble but someone, or someones, are on the prowl, harassing the LGBTQ community, and Cameron is in their crosshairs.

Warnings: Unforgivable has an assault (physical and short) scene, harassment, one character especially has to deal with a homophobic stalker. 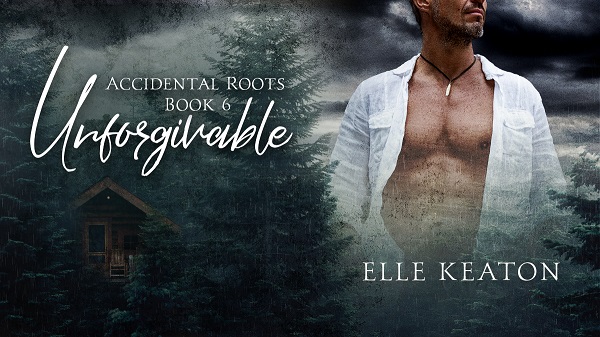 What were your goals and intentions in this book, and how well do you feel you achieved them?

Funny story, originally Ira had a totally different story and I planned for his book to be the second in the series  (how did I even get to six?). Then, good lord, he was such an ass I didn’t think he was worth it. I mean, he was so angry and inflexible. I tried hard to pair Cameron with someone else but everything I tried felt wrong – so back to the drawing board so to speak and a lot of free writing and finally I figured out what Ira’s problem was and how to make his story happen. My goal was for both characters, but Ira especially to find forgiveness, I think I managed it.

What was the hardest part of writing this book?

Probably figuring out how to redeem Ira in a realistic way that readers would sympathize with.

Who did your cover, and what was the design process like?

The amazingly talented Cate Ashwood!  I love working with Cate, this is the third cover she has done for me. Basically I email and say hey — plot plot, hot guy and angst and also nature because Pacific Northwest, and she comes back with something pretty quickly. We usually go back and forth a few times but to be honest she has a wonderful grasp of what I am looking for.

The first thing she said when I described my characters for Unforgivable was: “I want to   congratulate you on picking two of the hardest stock photos to find.” I died laughing but she delivered—the cover is incredible.

What character gave you fits and fought against you? Did that character cause trouble because you weren’t listening and missed something important about them?

As I said above, Ira proved to be really hard for me to write, and it was absolutely because I wasn’t listening.  It took me a long time to hear what he needed. I knew he couldn’t be all bad because one of my secondary characters hired him to work for her and she has really good judgement. J I’d actually planned for Unforgivable to feature a different set of lovers and thought Cameron would be one of them. I wrote about 10k before I realized there was zero spark. Nothing. So – back to Ira I went.

What secondary character would you like to explore more? Tell me about him or her.

First, let me say I am constantly surprised by my readers opinions when it comes to this question! Almost always they have a totally different idea than I do – for instance, there will be a follow up on the firefighters. Until someone mentioned them I had never considered them as anything more than throwaway characters.

I keep thinking that I’d like to write a little more about Sara Schultz, she owns the Booking Room where a lot of characters either work or drink coffee. For a while she and Miguel dated but that didn’t work out and I think she deserves a happy ending. Maybe I will try to write a novella although every time I try that my WIP blows past 50k.

Thank you so much for having me!

Had Ira dreamt Cameron McCulloch had been in his living room? He didn’t think so but he couldn’t be entirely sure. Cameron wasn’t here now, that much was certain.

God, he felt like so much shit. He was alternately too hot and too cold. He’d managed to call into work at some point but had lost track of time between sleeping and his body trying to cough up a lung if he attempted move.

Nature was calling. His bathroom was only about eight feet from where he lay but it felt like ten miles uphill in a snowstorm. He wondered when he’d eaten last? He wasn’t hungry but his body seemed hollow and weak, so fucking weak.

Groaning, Ira lurched to a sitting position trying to keep a blanket wrapped around himself. When he finally made it to a wobbly upright position he shuffled the eight feet to his bathroom using the couch and wall for support.

He peed – and wrapped himself back up, hit by another round of shivers as he struggled to get the blanket around his shoulders. God, he felt awful. He hadn’t been this sick in a long time. He shut the lid on the toilet and sat down for a minute before trying to get back out to the couch. He leaned his head against the wall, closing his eyes to gather the will to move.

“Jesus Christ, what are you doing in there?”

The sound of Cameron’s voice startled Ira back to consciousness. Wasn’t it obvious that he was sitting on the fucking toilet seat for a fucking second?

“Jesus Christ,” Cameron repeated, “you are still way too hot. Let’s get you back into bed, couch whatever.” He helped Ira stand and then pretty much carried him to the couch where he helped him lay back down before rewrapping the blankets and tucking a pillow behind his head.

“I’ve got fever reducer and flu stuff. Don’t even think about arguing with me about taking it. Then I’ll heat some soup – that stuff on your stove has become sentient. When was the last time you ate?”

“Slow the fuck down.” Ira groused, his eyes shut again.

Cameron was quiet but Ira could hear movement and the rustle of plastic bags. Soon enough he was back. Ira opened his eyes, Cameron was holding a bottle with liquid in it a vile shade of orange and guaranteed to taste horrific.

“If you don’t drink this willingly I will hold you down and force it down your throat. Don’t think I won’t or can’t. You are weaker than a newborn bunny at this point.”

Ira would’ve said something cutting if he could think clearly but he was hit by a round of coughing so bad he feared a lung was going to rip out of his chest. He gulped air trying to force his lungs to calm down. When he was finished he felt like he’d breathed in hot shards of glass mixed with nails.

Cameron handed him a glass of water and the tiny cup of medicine.

“Try not to fall asleep before you eat a little soup.”

Ira couldn’t help but wonder why Cameron was being nice to him. It wasn’t as if he’d done anything to encourage him. In fact, he’d actively discouraged him, pushed him away, been distant and when necessary, gruff. Basically an asshole.

He took a sip of the hot liquid offered him and managed to swallow it without wincing.

Patiently, Cameron fed Ira soup until most of it was gone from the bowl. Remarkably he did feel a little better.

“When was the last time you ate?” Cameron asked.

Ira had to think about it, he didn’t know. “What day is it?”

“I guess I ate a little Monday.” He couldn’t really remember though, the days blurred together since he’d woken up feeling like something the cat wouldn’t drag inside.

Cameron’s eyebrows drew together marring his handsome face. Instinctively Ira reached up to smooth away his frown.

“I’ll be alright. It’s just the flu.” He didn’t take his hand away, instead let it slip down to cup Cameron’s cheek.

Cameron didn’t resist the caress. He leaned into it a little, his deep brown eyes filled with concern.

“You don’t know that. You never know. And here you are,” Now he leaned away from Ira’s touch gesturing toward the front door, “totally isolated. No one knows where you live.”

“How’d you find me?” Ira rasped out, talking was painful again.

“I’ve seen you riding out here and then nearly ran you over the other day, remember? So I used my superior detective skills-not.”

“I did a little Encyclopedia Brown and found someone who at least thought you lived down here. And your bike is leaning against the porch.”

Ira nodded, his eyelids started to droop. Whatever meds Cameron had plied him with were beginning to have their desired effect. He could feel himself drifting gently towards the gates of horn and ivory where Morpheus ruled.

Author/imaginator & photographer (also rare Pacific Northwest Native), Elle grew up in Seattle, WA., with the Cascade Mountain range to the east and Olympics to the west.
Elle shares her life with between three to five cats (depending on who’s counting), an extremely patient fiancé and a flock of young adults. She’s lived in four US states, London England, and Hong Kong; always knows what time it is, and has little problem finding parking even in the most difficult places.

Elle’s series made its debut spring of 2017. Accidental Roots is set in the Skagit Valley of Western Washington. Writing has always been a passion but not something she was able to take seriously until recently. Some journeys are longer than others. Now her head is full of ideas and not enough time in each day. As far as we know she wasn’t actually raised by wolves. 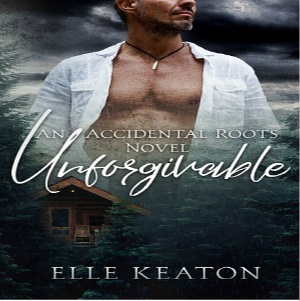 One lucky winner will receive an eBook copy of “As Sure As the Sun,” book four in Elle’s “Accidental Roots” series!