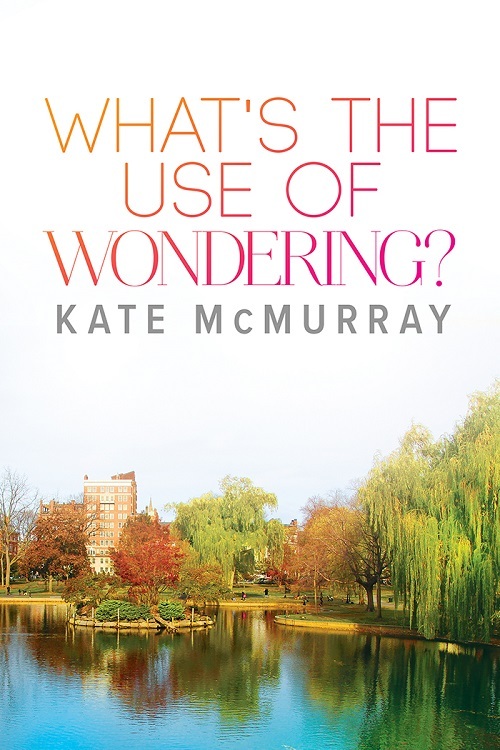 Title: What’s the Use of Wondering?

Blurb: Violinist Logan has spent most of his life training for a career in music. But as the pressure mounts during his junior year, he questions whether playing in an orchestra is the future he wants, or one chosen by his parents. His new roommate—that annoying jerk Peter from last year’s production of Guys and Dolls—complicates matters. Crammed into a dorm room with the overconfident but undeniably hot accounting major, Logan can’t stop snarling.

Then Peter sprains his ankle building sets, and Logan grudgingly agrees to play chauffeur. But instead of putting further strain on their relationship, spending time together reveals some common ground—and mutual frustration. Logan discovers he isn’t the only one who doesn’t know what he wants from life, and the animosity between him and Peter changes keys. But just as the possibility of a happier future appears, Logan gets a dream offer that will take him away from Western Massachusetts University—and Peter. Now he has to decide: will he live the solitary life laid out for him, or hold on to Peter and forge his own path?

Review: I really hate to say, but reading the second in Kate McMurray’s WMU series has left me with much the same feeling as the first book. Don’t get me wrong, I really enjoyed the story. Like her other stories I’ve read, the characters are well developed, same with the plot, with a number of likable characters and generally well written. However, the story just didn’t connect with at the same level as some of her other books have.

What’s the Use of Wondering? is a wonderfully sweet new adult book set in Kate McMurray’s world of Western Massachusetts University (we even get a few glimpses of book 1’s Dave and Noel).

The story is about Logan and Peter. Logan is a violinist whose family has already mapped out his life and career as an orchestral violinist and Logan knows that to please them he has no room for error. However, as the stress of university builds he begins to question what he really wants for his future and if he really has to be dictated by his parents for the rest of his life. To make things more complicated, a new roommate enters his life, Peter. Peter, as the blurb said, is a jerk. Logan just does not like the guy and that’s probably more to do with Logan’s desires and questions whether or not he can be true to himself while being the good son. Peter is majoring in accounting, but he’s also involved in WMU drama production of Guys and Dolls. But when Peter sprains his ankle, Logan becomes his chauffeur and Logan is not only faced with the questions that have been plaguing him, he is now also finding out that love could give his life a more satisfaction than he realized!

Honestly, this is a sweet and enjoyable coming of age. Logan can be a bit angsty but he has a lot going on. Logan and Peter are well suited and I really did enjoy that they took their time to come together and discover each other.