Hi guys! We have Colette Davison stopping by today with the tour for her Why I… series, we have great excerpts from the series and a brilliant giveaway so check out the post and enter the giveaway for a chance to win a $10 Amazon GC! ❤ ~Pixie~ 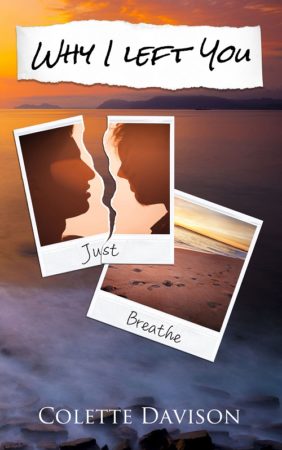 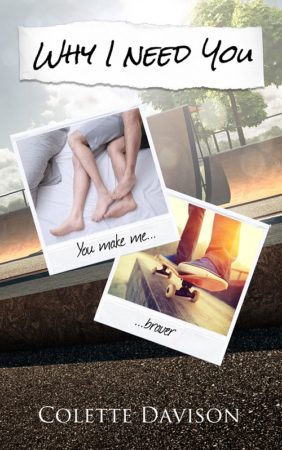 Following the death of their parents, Fin put his life on hold to raise his little sister. He’s convinced her well-being is all that matters, even if it’s at the expense of his own. A chance meeting with Noah opens his eyes to the possibility of happiness. A happiness that could shatter the moment Noah discovers Fin has an eight-year-old in tow.

Noah has been living a lie for years. When he gets publicly outed, he gets kicked out of his parents’ home and business. Although he’s angry at being disowned, Noah knows it means he’s finally free to love whomever he wants. But in order to have a fulfilling and lasting relationship, Noah has to get past his repressed upbringing and inhibitions, before Fin walks out of his life.

In order to stay together, Fin and Noah have to be brave enough to be honest with themselves and each other. 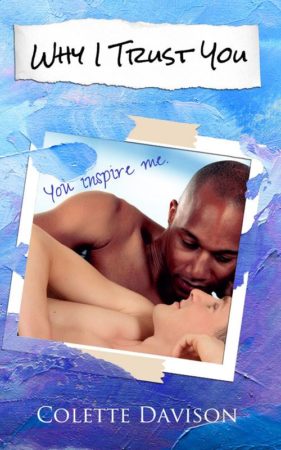 Martin is the larger than life funny guy, the one who’s quick to soothe other’s pain, whilst hiding his own. He wants nothing more than to find ‘the one’, but his love life consists of a string of break-ups. He’s close to giving up on love, until he meets Ryan online, the artist whose work speaks to his soul. There are just two problems: Ryan already has a boyfriend and he lives in California, which is one hell of a long way from England.

Working with Martin to develop a game is supposed to be purely business; a way for Ryan to earn the money to leave his abusive boyfriend. Except, he finds himself falling for the enigmatic Englishman. Wondering what kind of spark there might be if they were in the same country is one thing, escaping his boyfriend is another.

Wounded by their past relationships, Martin and Ryan have to learn to trust each other in order to have a chance at building a future together.

**These stories contain mature language and scenes, including descriptions of sex, depression and domestic abuse** 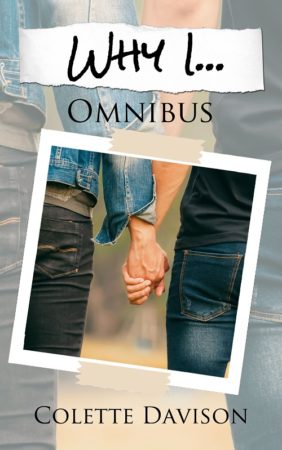 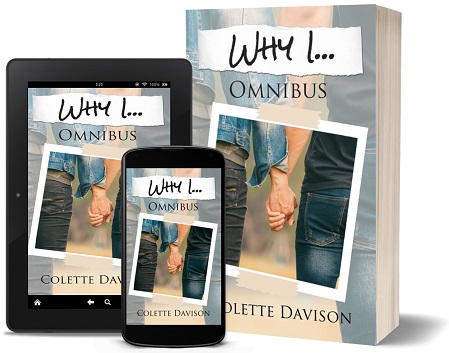 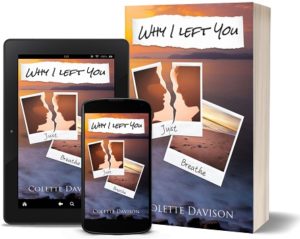 “You’d get drunk faster on spirits,” Brett said, wandering up to him.

Jamie glowered at him and then fixed his gaze on the dance floor. “Thanks for the tip, but I’m good.” He sipped more slowly at the new pint.

Brett didn’t move. “I didn’t think you were into guys anymore.” The question sounded casual, but his body was full of tension as he leaned against the wall beside Jamie.

“What the fuck would you know about it?” Jamie tipped his head back against the wall, closed his eyes and breathed in and out. Just Breathe. “Sorry. I don’t want to fight with you, not tonight.” He pushed his hair back and took a good-sized gulp of his beer. “I just want to hang out and relax. If you’re not gonna help me do that, would you please get lost?”

Brett’s eyes widened. “Help you? How would I be able to help you?”

Jamie shook his head. “Forget it.”

Except he couldn’t get the thought of kissing Brett out of his head, which was totally fucked up. He decided it was the drink talking, stirring up long-forgotten feelings. He glanced at Brett and knew instantly he shouldn’t have done. Brett’s blue eyes seemed more intense under the ultraviolet lighting, almost supernaturally so. They bored into him, trying to understand what he’d just said. And damn if that gaze didn’t make his legs weak and his stomach flip over, the way it always had done when they were younger.

He knocked back the rest of his beer and then put the plastic cup down on the floor beside his feet. He straightened up too fast and swayed. Brett reached out and grabbed him by the shoulders to steady him.

“On second thoughts, I guess you’re already well on the way to being plastered,” Brett said.

Before he had time to regret even thinking about it, Jamie did something stupid. He stepped in to Brett and kissed him. 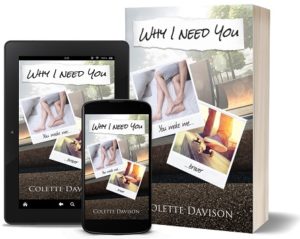 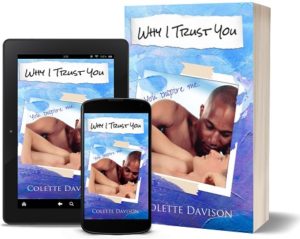 One thought on “Why I… series by Colette Davison Blog Tour, Excerpts & Giveaway!”