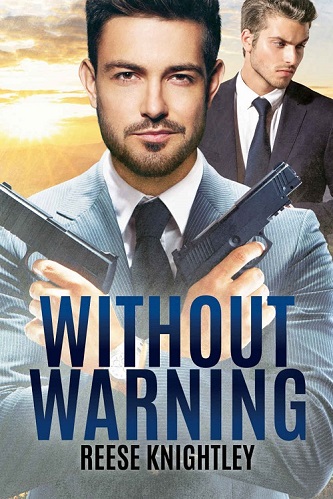 Blurb: What the hell do you do when life changes on a dime without warning?

Ryder Freeman-
His job is to keep Harrison safe from a stalker and one step ahead of the paparazzi. That’s it! The hotter than hell young billionaire is forbidden fruit and crossing that line is not an option. So, why is it that when bullets start flying, Ryder makes an executive decision to take his client away to the Freeman family cabin?

Harrison Trudel-
His father’s last will and testament doesn’t mention a shot gun wedding, but it might as well have with its crazy stipulations! With his safety at risk and a company to run, he caves when his uncle brings in outside help in the form of a hot and sexy bodyguard. One who just happens to tick all of his boxes! Enter a picturesque cabin by a lake and all bets are off as far as Harrison is concerned.

Resolve gets tested…
Lines get blurred…
And suddenly anything seems possible.

Only there’s one problem, the stalker isn’t finished. Can Ryder and Harrison stay one step ahead of a killer bent on permanently removing Ryder out of his way?

Review: Harrison was in a pickle. His father was as crazy as one could think. He was killed in an explosion not to long ago and left his son the company he created, on one condition. He was to marry before the year was up or the company was sold to the people. His uncle wanted to bring in a bodyguard but he wasn’t having it. That was until he was attacked.

Ryder didn’t hate rich men but he certainly put them all in one list. He had been married to one and now divorced, so he was a bit single minded. Now his boss and friend wanted him to guard one. However he had not expect Harrison to be what he was. A sweet and sexy man with a heart of gold.

While it is an action packed story with a few twists to it, the characters were to easy. It gave you two guys who could be the one behind it and lets face it, many would have figured it out right from the start. So there was no surprise to it. The romance was a slow burn and lets face it the guys were hot. However the connection one feels when two meet was not really all that hot. It left something out for me. The guys were a bit on the boring and gave the exact responses one would expect. No surprise there with them. Ryder wasn’t the bodyguard I expected, he was a bit to loose in it. I was a bit disappointed in them.

Overall I did enjoy the story and hope the second book is harder to figure out who the bad guy is. I want more of a mystery to a mystery.