Hi guys, we have T.A. Moore stopping by today with her up coming release Wolf At The Door, we have short guest post from T.A., a great excerpt and a fantastic $15 Amazon GC giveaway, so check out the post and leave a comment to enter the giveaway! ❤️ ~Pixie~ 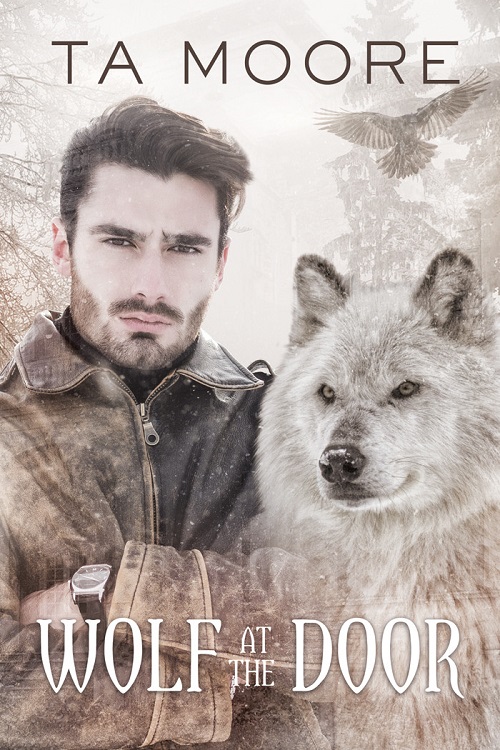 Wolf At The Door

For Jack and Gregor, the exiled Wolf Princes of the Scottish pack, it’s someplace they never wanted to leave. For Danny, who fled as soon as he could, it’s someplace he never planned to return. As for Nick, pathologist and carrion bird, he has nowhere else to be.

It offers only one thing—the Old Man’s help in putting down the bloody-handed treachery from the prophets who dogged them all the way from Durham. The twins’ father is many things, not all of them kind, but not even the prophets would cross him.

But when they finally arrive home, they find the Old Man gone and the prophets’ puppet installed in his place. Outnumbered, bereaved, and haunted by old mistakes, the four of them must discover the prophet Rose’s plan before it’s too late. As the stakes rise and the cold settles into their bones, they find that the old fairy tales hide horrors under their pretty words.

In the Highlands, Fenrir has stirred, and he’s hungry.

The prophets have always said that a Wolf Winter is red as blood—but they never said whose.

First of all, thank you so much for having me! I’m thrilled to be here with the blog tour for Wolf at the Door, the final book in the Wolf Winter trilogy.

The final book. Wow. I am half-excited and half-maudlin about this. It’s a good book, and a good ending. Or, at least, I think so. Hopefully everyone else will agree. Still, endings. It’s always a bit scary to see them coming.

So, I thought for this final blog tour I’d go back to the beginning and the very first draft of Dog Days with some never before seen extracts.

Extract from the First Draft of Dog Days by TA Moore

‘I figure it was a dog, or a pack of dogs,’ Ethan disagreed over his shoulder. ‘I’ve seen this black dog hanging around, big,ugly, hungry looking thing. Get a couple of those together, and they’ll forget they used to like humans pretty quickly.’

Tina shuddered. ‘Now I know why I never liked dogs,’ she said. ‘You see that black one again, kill it.’

Danny heaved an internal sigh. That was  going to make his life easier. Something caught his attention and he stopped, nearly tripping over his own feet. The noise teased at his ear as he cocked his head to the side. ‘Do you hear that?’

Tina listened, then shook her head. ‘No?’

‘Someone’s crying,’ Danny said. Ahead of them, Ethan had turned around to see what had stopped them. ‘Up ahead.’

Danny shrugged and broke into a jog, long legs carrying them past both of them. The wavering sob he could hear, escalated to breathless hysterics as he got closer. Behind him, Ethan and Tina broke into a jog as they picked up on the nose.

More blood. It twitched at a bit of Danny’s brain that wasn’t currently there, but there wasn’t time to dwell on it.

He vaulted over a fallen tree, the bark scraping against his palm, and crashed into a mouldering fence. The pointed slats caught him in the thighs for a second, then snapped. He tripped over them, pitching face first into pitted tarmac.

‘Shit,’ he spat out, hopping back to his feet. His shoulder ached dully and his palms were skinned. From the looks of it, the farmhouse had been abandoned for longer than one bad winter. Weathered boards were nailed up in the windows, covered with faded tags that had smeared like watercolours, and the roof sagged like wet paper between the joists. The walls were still standing through, and inside someone was screaming in a broken, hysterical voice.

‘Tracy?’ Danny called, putting his hand to the boarded up window. The crying echoed inside. ‘It’s us. Are you hurt? Can you let us in.’

The only response was that the crying turned muffled, as if she was trying to stifle the noise. As Ethan and Tina scrambled into the garden after him, Danny jogged around the outside of the house. There was blood all over the drive, puddled and smeared in great, paw-shaped sliding arcs. and the front door was broken in, shouldered off its hinges. It had been an old door, seasoned oak and iron nails. Even for a furside wolf, it would have taken a few tries to batter that down. Not that long though. 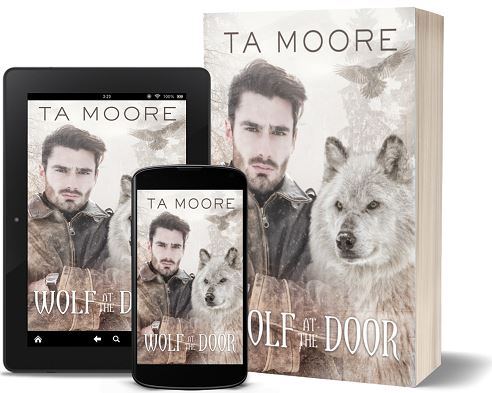